This series of I’m a Celebrity is unquestionably divisive and endlessly controversial… but it’s also been a massive success for ITV when it comes to the ratings.

The channel already got good news when Holly Willoughby’s debut as co-host alongside Dec Donnelly on November 18 actually improved on last year’s series premiere, and now there’s news that the viewing figures have only continued to grow.

ITV says that I’m a Celebrity averaged a whopping 12.6 million viewers across its entire first week last month, which is up a solid 1.8 million viewers on the 2017 series. 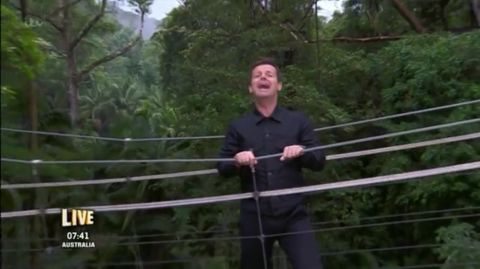 Now, it’s worth pointing out for the Fact Fans that those were consolidated TV ratings — meaning live viewers and overnight figures, plus seven days of catchup figures watched on a TV set.

When online viewing figures are factored in, I’m a Celebrity‘s first-week viewing figures rise to an average of 13.1 million. So, it’s safe to say Holly is doing a heck of a job steering the ship with Dec. 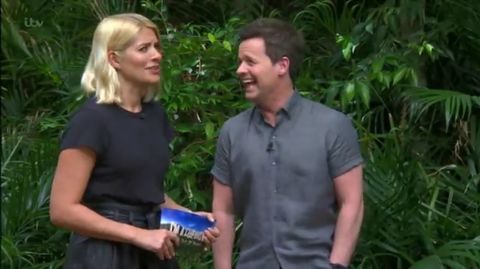 The show has also been helped by endless controversy on social media. Whether it’s been the nightly debates about vote rigging, green screen conspiracy theories or Dec hitting out at Britain’s Got Talent boss Simon Cowell for an on-air slight, the show is dominating the media conversation.

Sadly for ITV, there are only a few more nights for it to ride the ratings wave. I’m a Celebrity…Get Me Out of Here! crowns its 2018 jungle winner on Sunday night (December 9) on ITV.