I’m A Celebrity… Get Me Out of Here!‘s Declan Donnelly appeared to respond to Simon Cowell’s dig at the show during Fleur East’s Bushtucker Trial last night (December 2).

Fleur took part in the ‘Gore Seasons Pizza’ trial, in which she had to lie on a pizza base and whack a piñata (or five) while various foul toppings were dropped on top of her. 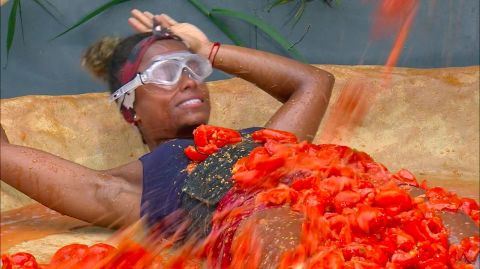 Towards the end of the challenge, an exhausted Fleur had to whack open a massive cheese piñata to obtain the final two stars inside, and Dec and co-host Holly Willoughby shouted encouragement from the side.

As Fleur swung at the gigantic piece of cheddar (or possibly gorgonzola), Dec suggested: “Go on… picture Simon Cowell’s face!”

Donnelly’s comment comes after The X Factor judge appeared to take a swipe at Fleur, a former contestant on the singing show, for heading into the jungle in the first place.

Following his singer Scarlett Lee’s performance on Saturday (December 1), Cowell made the dig at Fleur while praising his act, saying: “This is the first time I’ve felt your nerves because you’re all about personality and a big voice. This weekend could change your life. 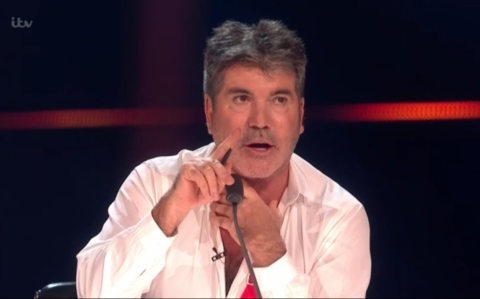 “I don’t want you in the jungle in two years drinking worm juice,” he continued. “I want you either on Broadway, West End, [or] selling records.”

Tonight’s outing to the jungle will see John Barrowman return to the camp after being excluded from Sunday night’s vote off after sustaining an injury.

I’m A Celebrity… Get Me Out Of Here! continues tonight (December 3) at 9pm on ITV.