I’m a Celebrity campers might be sad about their friends being evicted, but Harry Redknapp couldn’t give a toss. And viewers respect that!

The football coach had been a firm fan-favourite for the first couple weeks of the ITV reality competition, for his charming stories about his 54-year marriage, hilarious rapport with the young campers and often bizarre anecdotes.

That charm carried over into Monday’s episode when viewers re-watched scenes of Malique Thompson-Dwyer being evicted from the previous night’s show. The soap star’s departure really seemed to take a toll on camp… well, aside from Harry. 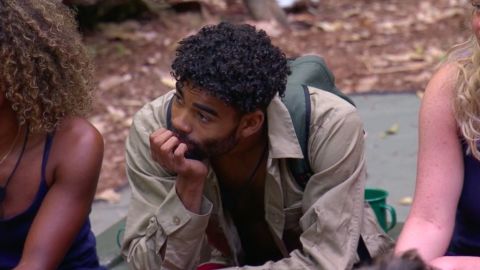 After Rita Simons admitted that the camp would “really miss him”, a bemused Harry just deadpanned that “no-one’s died”, to a huge laugh from his fellow campers.

“He’s not going away, is he? He’s only going over the bridge,” the coach pointed out.

Later in the Bush Telegraph, Harry complained that everyone has been overreacting when their fellow campmates have had to leave.

“Everyone was a bit, ‘Oh Malique, oh Malique’. He’s only going over the bridge’,” he rolled his eyes. “He’s not going away to do a 25-stretch for being a Great Train Robber or something.”

Viewers love how much chill Harry has about these evictions:

Will he be so understanding if nobody gives a toss when/if he ever gets voted off? We’ll have to keep watching to find out…

I’m a Celebrity…Get Me Out of Here! continues on Tuesday (December 4) at 9pm on ITV, followed directly after by Extra Camp over on ITV2.