The vote-offs are really starting to take their toll on camp now, as the fourth star has left the jungle on I’m a Celebrity.

The countdown to this weekend’s jungle crowning continued in Tuesday’s live show when Dec Donnelly and Holly Willoughby announced that Rita Simons would be leaving the camp in the middle of a torrential downpour.

Rita fell into the Bottom Two along with Fleur East during the latest public vote, and was forced to pack up and go when all the votes were counted.

When she joined Dec and Holly in the jungle studio, Rita had a surprising answer when asked if she had any regrets about her time in camp.

“I feel like I could have done more challenges and more trials,” she admitted. “I’m glad I did the bug ones because you haven’t done the jungle properly without [them].”

She added: “It’s bloody hard [in the jungle] but the thing that killed me the most was the boredom.” 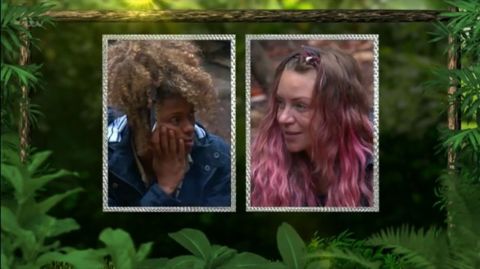 Rita also acknowledged to Dec and Holly in her post-eviction chat that she had trouble “biting her tongue” at times, particularly when it came to one particular campmate.

“In the beginning, when we first got there, there was this squirreling of the rice issue… I found John particularly in charge of that,” she recalled. “So, if anyone, John.” 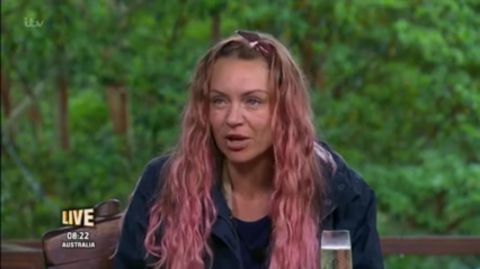 This was the fourth live eviction of the series thus far, with TV presenting legend Noel Edmonds, Hollyoaks star Malique Thompson-Dwyer and Coronation Street actress Sair Khan all being voted out over the last few days.

Conspiracy theories have run rampant on social media about each eviction thus far, with viewers claiming behind-the-scenes feuding and producer meddling had a hand in the previous three leaving. 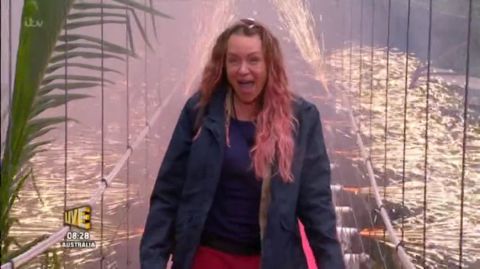 ITV has denied those conspiracy theories, while Dec Donnelly has mocked them both on social media and directly on-air during I’m a Celebrity episodes in recent nights. Will more fix theories pop up?

Find out when I’m a Celebrity…Get Me Out of Here! continues on Wednesday (December 5) at 9pm on ITV, followed by Extra Camp directly after on ITV2.