Indiana Jones and the Temple of Doom marked a milestone in the Indiana Jones series. It was one of the movies of 1984 that prompted the creation of the PG-13 rating. It made a lot of money, yet it doesn’t look so good 36 years later. Indy once said, “It’s not the years, it’s the mileage.” Be that as it may, some people, including Steven Spielberg, think Indiana Jones and the Temple of Doom has a lot to answer for. Still, the franchise is due for one more go-round on the big screen.

Where does ‘Temple of Doom’ fit in the series? 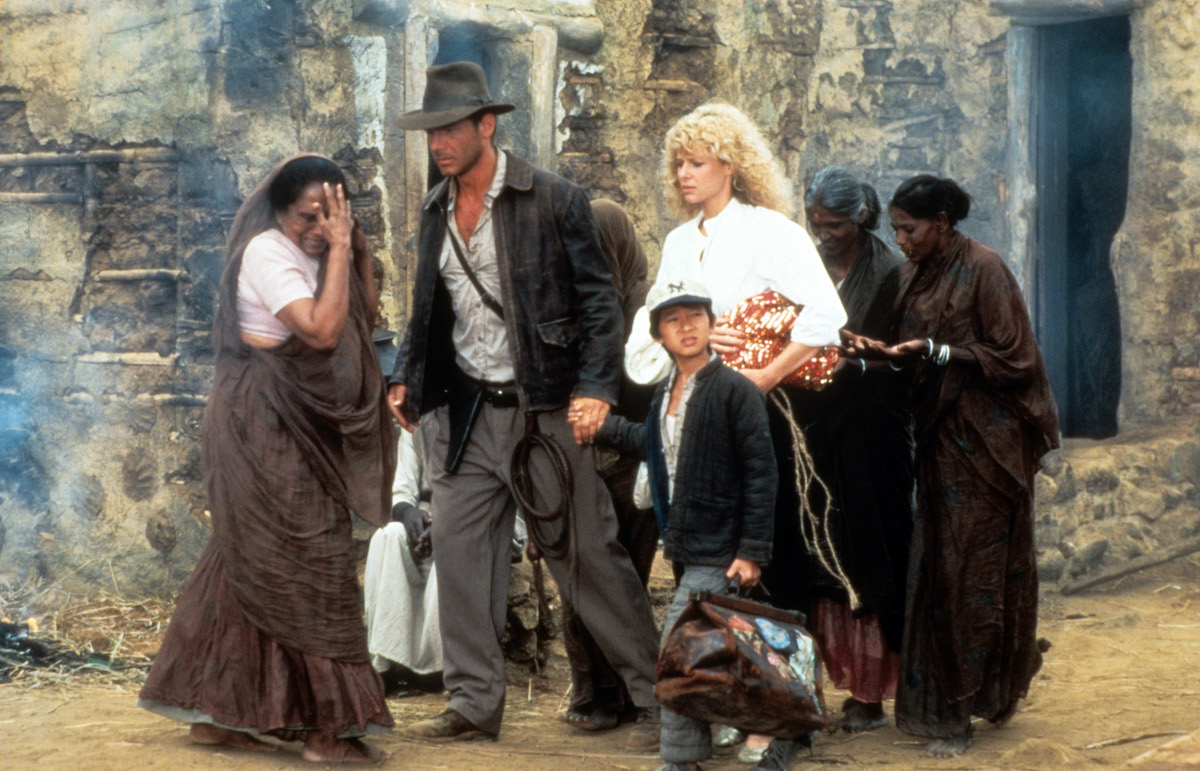 The Indiana Jones series was born out of Spielberg’s desire to make a James Bond movie. However, his friend, fellow filmmaker and classic movie buff George Lucas, said he had a better idea: an adventure yarn about an archeologist who gets into trouble around the world. The first movie, Raiders of the Lost Ark, was a phenomenon, making $225 million after its release in 1981, according to The Numbers.

Then came Temple of Doom, a prequel that found Indy in India entangled in a Thuggee cult seeking valuable stones and stealing children from a village. It did a little less well than Raiders, pulling in $179 million that summer. It inspired a lot of less than flattering headlines, with many parents complaining about graphic sequences like the one where a cult leader pulls a beating heart of a man’s chest. That, among other things, led to the creation of the PG-13, which dominates the tentpole movie landscape today.

Indiana Jones and the Last Crusade didn’t get that kind of negative attention in 1989 when that adventure pairing Harrison Ford with the recently departed Sean Connery playing Indy’s father. That represented a rebound at the box office, with the movie making $197 million. But Indy didn’t return to theaters for 19 years with Indiana Jones and the Kingdom of the Crystal Skull, which made $317 million, although fans largely consider it a disappointment. However, Temple of Doom still comes in for some harsh criticism of its own.

What’s the problem with ‘Indiana Jones and the Temple of Doom’?

Screen Rant came up with a list of how the Indiana Jones series as a whole looks problematic today, singling out Temple of Doom for its racial depictions. The author writes, “This is most clearly seen in Temple of Doom, where Indiana Jones interacts with a fairly clear cut stereotype of an evil Indian person, leaning heavily into stereotypes of the Thuggee Cult.”

A similar article by Vice lists similar complaints, again pointing to Temple of Doom for particularly egregious depictions. That article says that  “nearly every Indian character in the movie is a caricature, from the sadistic ‘Thuggee’ slavers, to the magical shamans, to the gluttonous merchants and dignitaries feasting on eyeball soup and monkey brains at dinner. (The only Indian characters who finally come to Jones’ aid are soldiers of the British Indian Army.)”

Some of the sharpest criticism of the movie came from Spielberg himself. In an oral history on Medium, he said, “I wasn’t happy with Temple of Doom at all. It was too dark, too subterranean, and much too horrific. I thought it out-poltered Poltergeist. There’s not an ounce of my personal feeling in Temple of Doom.“

Despite the fact that Crystal Skull got a chilly reception, with fans deriding the infamous “Nuke the fridge” scene or the CGI aliens that felt out of place in an Indiana Jones, adventure, the character will get one more go-round on the big screen, although Spielberg will be absent from the director’s chair this time.

The fifth movie will be helmed by James Mangold, who was praised for bringing the story of Wolverine to a strong close with the movie Logan in 2017. Not only was the movie a hit, but it got an Oscar nomination for its screenplay, something no superhero movie had achieved. The new movie, starring Harrison Ford, is due out in July of 2022. Perhaps this final chapter will try to reconcile Indy with his sometimes questionable past.