Season two of Innocent starring Katherine Kelly kicked off on ITV this evening and her character, Sally Wright was found not guilty after five years in prison. The investigation has been reopened and DCI Mike Braithwaite (Shaun Dooley) is leading the team who is trying to find Matty’s killer. But it seems viewers are already pointing the finger at Anna Stamp (Ellie Rawnsley) after she lied about her conversation with Sally.

The episode started with Sally being released after it was discovered she had a valid alibi which meant she could not have been able to murder her student.

According to a time-stamped photograph, the former teacher was parked several miles away from the crime scene at the time of Matty’s murder – thus resulting in her being found innocent during the re-trial.

Despite some seemingly solid evidence, there are some who still think Sally played a part in the teenager’s murder – not to mention many who are still convinced she had an affair with him.

However, in one scene, Anna, Matty’s classmate was informally questioned by Mike about the night Matty was killed.

And those watching at home heard her recall the conversation she had with Sally that afternoon – but she lied to the police officers face. 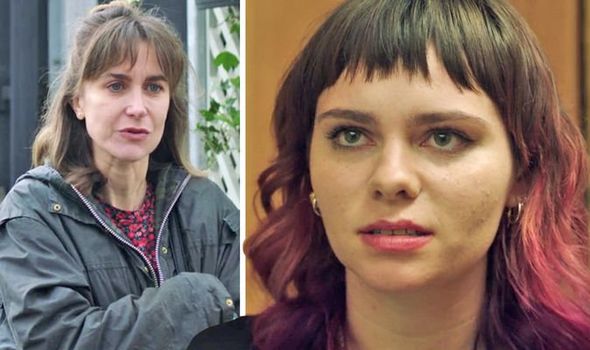 “Leave me alone, or I’ll call the police,” Anna threatened after Sally called her name.

“Yes, do,” Sally replied. “Be my guest and then maybe we can cut to the chase – it’s just a matter of time Anna before they see you for what you really are; a very messed up girl who told a dreadful lie for reasons I cannot even begin to fathom.”

“I did not lie,” Anna remarked but Sally continued: “Except we both know you did and I’ll prove it.”

“In fact, there’s other stuff I know that I never even mentioned to the police – so, you better back off Miss, or I will give them a call!” And Anna stormed off.

Later on, Mike called to Anna’s place of work to speak to her about the night Matty was murdered.

Anna told Mike: “I was so into my run, I didn’t care. All I saw was them kissing in her car.”

“And what were you doing up there, at that time, Anna?” The detective questioned. She replied: “As I said five years ago, on a run.” 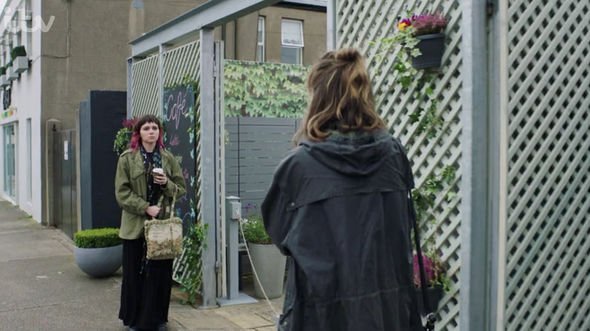 She then confirmed it was just the once she saw Sally and Matty together and she told “her friends, Jane, Nadine and Izzy”.

“And this was how long before he died?” Mike continued and Anna said it was “a couple of months or so”.

Anna was then asked about her relationship with Matty and Sally but viewers saw her get defensive when the latter’s name was mentioned: “What has that got to do with anything?”

“Did she ever teach you at all?” Mike wondered and Anna said: “No. And I’ll tell you what, instead of asking me a million questions I already answered the first round, how about you speak to her and tell her to stop harassing me? 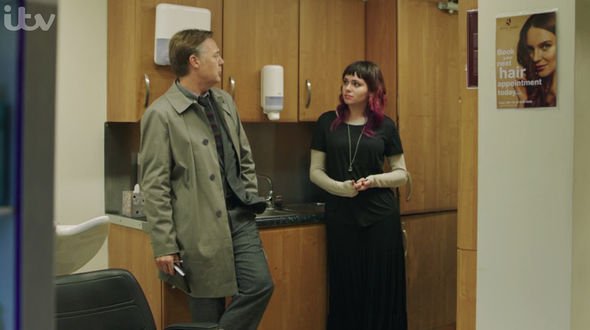 “She’s been following me, threatening me – if I didn’t tell the truth, she said she would find out where I lived, climbed into my flat at night and stick a pillow over my head! So maybe she didn’t kill Matty, but I promise you this, she is still a very dangerous woman.”

Taking to Twitter, many suggested that if Anna lied now, did she lie previously when she gave a witness statement?

“What a lying cow! I’m suspecting her now #innocent #Innocent2,” one fumed.

Another wondered: “So why is Anna lying… #innocent.”

“It’s gotta be Anna who killed him #innocent,” a third wrote online.

In one of the final scenes of the episode, Karen seduced Sam on the staircase and she make a strange remark to him.

Someone spotted this online: “Did I hear right when the new partner said to sallys ex husband about sticking by him through what ever he’s done?? WHY do I feel like he’s guilty and hiding something!? #innocent #itv @ITV.”