Streaming Rules, Dick Wolf Doesn’t Sleep and 8 Other Things We Learned From 2021 Upfronts

Mark Pedowitz finally gets his wish this fall when The CW expands its original programming to Saturday nights, a day part typically viewed as a TV graveyard that most broadcast networks use for reruns or to burn off remaining episodes of underperforming shows.

But The CW chief feels very differently about that night than his broadcast brethren. During the network’s upfront call on Tuesday with reporters to discuss the 2021-22 season, Pedowitz revealed that he’d been eyeing Saturday nights for the last decade.

“We felt that there was an opportunity here to increase our linear reach, which gives our advertisers more programming and inventory. We thought it would also give our affiliates more programming,” Pedowitz said. 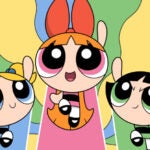 “This is the first time we’ve been around that we actually are able to promote seven days a week and push into each night. So for my marketing promotions perspective, we think this is a big step for us,” added Rick Haskins, head of streaming and chief branding officer.

Given that The CW had pretty much full streaming rights to its shows, head of sales Rob Tuck argued it’s not just the extra two hours on Saturday nights that they’re adding.

“It’s great to have the extra two hours, but keep in mind the two hours are not just on linear, they are on digital. And in the case of digital with our ability to do full stacks, this will provide us more additional inventory on the digital platform, which is great,” Tuck said. “Regardless of the issues of measurement and what’s been going on, it’s really important to have that exposure on the linear platform.”

Saturday programming will kick off in October with “Whose Line Is It Anyway?” and “World’s Funniest Animals,” two unscripted shows that have been typically relegated to the summer. Pedowitz said the early plan is to make Saturday an unscripted night, though that could change going forward. “We plan to start off with alternative. We’ll go back and forth over time, but at the moment it is planned to be alternative programming,” he said. “When you get into ’22, we’ll probably look at putting some scripted programming on but we have not fully fleshed that out. We’ve been focused more on the fourth quarter ’21.” 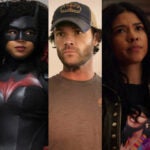 While The CW is expanding during a time when it appears broadcast and cable are retreating from original programming in favor of streaming, since CW only programs two hours a night, it will actually still be less than the Big 4 broadcasters. The move gives The CW 14 hours of programming. The other broadcast networks like ABC, NBC and CBS all program 22 hours a week, and Fox programs 15 hours a week.

In exchange for the new hours, The CW will return the 3-4 p.m. weekday afternoon block to its affiliate stations. Pedowitz said the affiliates did not take that much convincing to give up their Saturday nights, which typically feature syndicated programming and local sports.

“We had some big affiliate negotiations that were going on. But everyone said, ‘You know what, it makes sense long term to have a seven night schedule, 15 hours a week,’” he continued. “We’ll have some preempts due to some sports here and there but over the long term, I think everyone will make it all work.” 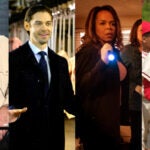