It's standing room only in the Paris hotel room where about two dozen film journalists, from across Europe and beyond, have gathered to talk to Juliette Binoche. At the front of the throng, she's sitting on a couch in a black leather jacket, looking relaxed and ready to shoot the breeze. With empty space on either side of her, she casually motions for a couple of the reporters left without seats to join her on the couch. "Why don't you sit down? This is ridiculous."

Binoche is an old hand at this game. Now in her 50s, she has been a star of French cinema for more than three decades, and a recurrent presence in English-language films since The Unbearable Lightness of Being in 1988. By the mid-1990s she had emerged as an international arthouse icon, frequently typecast as a sensitive and fragile yet resilient beauty – an image crystallised in Krzysztof Kieslowski's hugely successful 1993 film Three Colours: Blue, where she played a woman mourning the loss of her husband and young son. 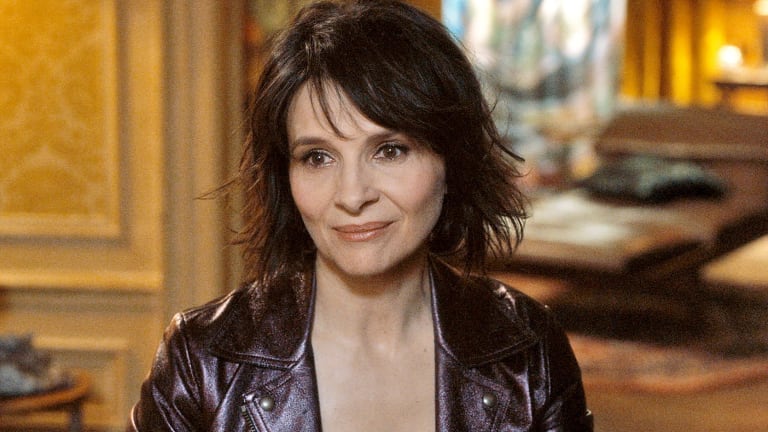 Juliette Binoche describes her experience of making Let the Sunshine In as ‘‘beautiful’’.Credit:Madman Films

Yet if anything has defined Binoche's career, it has been her refusal to fit a mould, either from one film to the next or within a single performance. Writing on her role as a homeless artist in Leos Carax's ultra-romantic 1991 Les Amants du Pont Neuf, the critic Jonathan Rosenbaum praised her "awesome capacity to look like a different person in almost every shot". This capacity is at least as evident in Binoche's more recent work – especially in films such as Abbas Kiarostami's Certified Copy or Olivier Assayas' Clouds of Sils Maria, where acting itself becomes an explicit theme.

"I never want to repeat myself," Binoche explains to the group. "Because it isn't comfortable. It feels like it's near death. You want to renew yourself, because creation is about the new, something that you don't know yet." 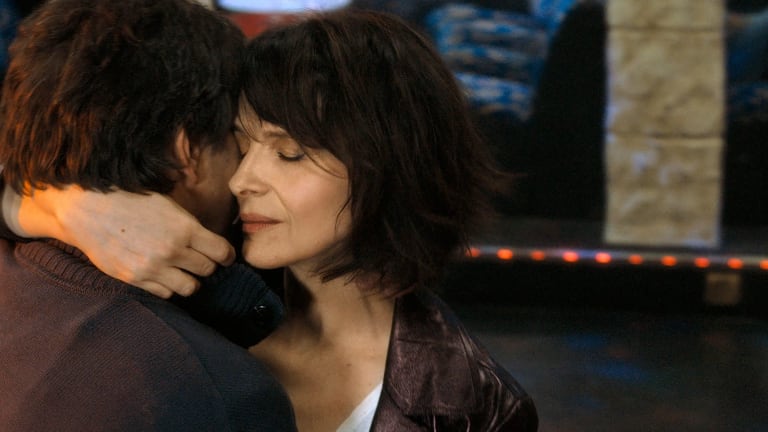 The search for something new is among the themes of the film Binoche is mainly here to discuss, the romantic comedy Let the Sunshine In. Remarkably, this marks her first collaboration with the brilliant director Claire Denis, who has been a leading light of French cinema for about as long as Binoche, and has shown equal reluctance to do the same thing twice.

Binoche plays a divorced painter named Isabelle, whose quest for love brings her into contact with a series of mostly unlovely men (some played by familiar faces, most hilariously Gerard Depardieu). Nothing works out quite as expected, leaving her oscillating between hope and disillusionment up till the very end.

Binoche describes her experience making the film as "beautiful", praising Denis' willingness to come up with shots on the fly rather than merely implementing a preconceived design. "I really loved seeing her work, because it was like a painter," she says. "It was very much moment to moment, and that I really liked. Because I was learning by seeing her see."

Denis' particular way of seeing, Binoche adds, springs from a respect for the individuality of human beings – both those in real life and those in the story. "All the characters she loved, there was not a hierarchy." 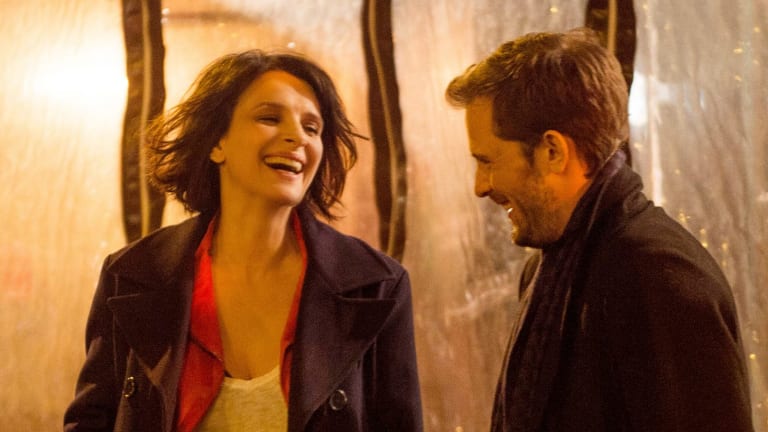 For all her admiration for Denis' spontaneity, Binoche gives equal credit to the writer, Christine Angot, whose screenplay is said to be autobiographical to some degree (and also, supposedly, inspired by Roland Barthes' essayistic book A Lover's Discourse, though you wouldn't guess).

"The writing was already there, I just had to put my hand in the glove," Binoche says. "It really helps, I have to say. Most of the time we are really trying hard as actors, because the writing, the script is not as precise."

Like many of Binoche's characters, Isabelle is less a clearly defined personality than an enigma to puzzle over: we don't know any more than she does what she really wants, or why her love affairs seem fated to come to grief.

"I think she's trying to find a solution outside of herself, you know?" Binoche says. In her view, it's a mistake many of us make one way or another: looking back on her own relationships, she's reached the conclusion that it's necessary to find peace for oneself rather than expecting too much from a partner.

Creation is about the new, something that you don’t know yet.

"I don't believe that suddenly everything is resolved because you're in a couple," Binoche says. "I think you're trying to make it work, even though there are things that are not perfect. That's more my belief than when I started as a young lover. I thought you really had to meet your alter ego, the other part of yourself. [Now] I don't think it exists. I think you work on it and you're not so demanding."

The discussion inevitably turns to the Me Too movement and the disgraced figure of Harvey Weinstein, who played a key role in boosting Binoche's profile in the 1990s (she won a 1997 Oscar for The English Patient, where he was an executive producer).

Having already addressed this subject in an interview with Le Monde, Binoche isn't keen to go back over old ground, although on the issue of sexual harassment she leaves no doubt where she stands.

"We're not talking about the seduction that is happening naturally between men and women, it's about something else," she says. "It's about disrespect, and about the impunity that is sometimes in the education or in the mentality that men have." (Women, she adds, can be abusers too.)

Increasingly, Binoche has made a point of steering her own career, initiating projects by making contact with filmmakers she admires. "Like with Abbas Kiarostami, or Bruno Dumont [who directed her in Camille Claudel], they were directors I was dreaming of working with," she says. "You just have to take the phone and go to the person and say it. Sometimes it's simple. But it has to be the right moment."

Another director she hopes to work with one day is the famously uncompromising Bela Tarr, best-known for Satantango, a seven-hour black-and-white epic about the demise of a Hungarian farming collective. Alas, Tarr announced his retirement from filmmaking in 2011, and even Binoche has so far failed to lure him back, despite having his contact details on her phone.

"It's a question of life and death for him," she says philosophically. "So you have to take it seriously when he says 'I can't'."

Has she ever thought of retirement herself? Binoche admits that she wanted to stop acting for a year and a half in the mid-2000s, though she doesn't explain exactly why. For now, she seems to be on a roll, with a second collaboration with Denis already in the can: the English-language science-fiction movie High Life, co-starring Robert Pattinson, which premiered at the Toronto Film Festival in September.

As Binoche emphasises more than once, acting for her is above all about existing as intensely as possible in the present. "It feels that you're flying, actually," she says. "That's really a high. Because it's about being sort of nude, and the nudity, it teaches me something. It shows me something intimate that I'm always looking for, somehow. And also when I can share it with the director and share it with the crew … because then you don't feel as alone."

Let the Sunshine In screens at Sydney's Golden Age Cinema from Jan 15, and Melbourne's Australian Centre for the Moving Image from Jan 24. Jake Wilson travelled to France courtesy of the Alliance Francaise.