Good Morning Britain hosts Susanna Reid and Piers Morgan chatted to several guests on today’s show about the affect the BBC decision regarding the free licence fee for over 75s would have.

Veteran Victor Gregg said he had “admired” the BBC previously but could not agree with their decision, while Maureen Sales, who lost her husband 22 years ago said TV was her “family”.

Hitting out at the BBC, Victor, 99 remarked: “I’ve always admired the BBC for its supposed integrity but coming out with this…

“It’s taking away, it’s only two days ago they were patting all these old people on the head and calling them heroes.”

This generation has saved the world while on the other end, they’re robbing the piggy bank

He continued: “This generation has saved the world while on the other end, they’re robbing the piggy bank.”

Maureen went on to add: “I lost my husband in a needless death, hospital accident, 22 years ago our wedding anniversary, it couldn’t have been a worse day at all, if at all.

“What has happened to his pension, that’s what I’m asking. All his life he worked.”

Piers probed: “How important is television to your life?”

“Well it is my life. It’s my family,” Maureen replied.

“It’s my family and I buy my magazine every week and ring off everything I’m going to see and want to see. Without that I’ve got nothing.” 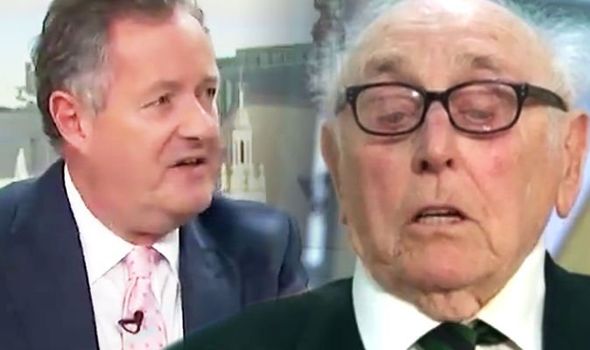 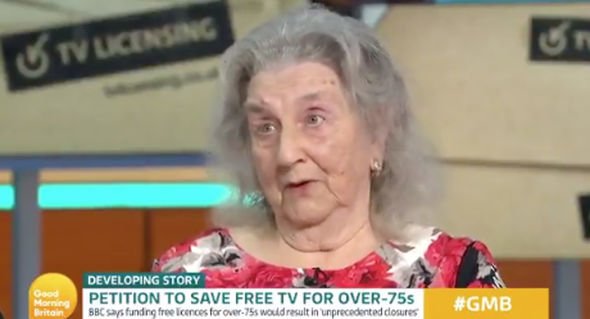 Meanwhile, former Culture Secretary Ben Bradshaw MP said the decision was “ridiculous” and urged the government to step in.

He told Piers and Susanna: “It was a deal that the government did with the BBC and the government forced the BBC to essentially become an arm of the Department of Work and Pensions.

“It’s ridiculous. How would ITV like to be, if you had to be the arm of government policies deciding who gets free licence fees and who doesn’t’?

Even the Culture Secretary Minister who was there at the time, who were responsible for this decision were saying in Parliament yesterday, it has to go back to the government.”

Opening the show, he said: “I am absolutely hopping mad about this TV licence business.I’m hoping mad on behalf of 3.75 million pensioners now woken up to this.

“I’ll tell you what I really feel incensed about, do you know who that number includes? 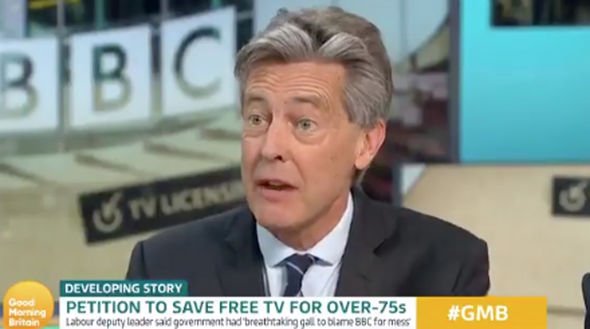 “It includes all the D-Day veterans, the ones we’ve just spent a week saluting. The ones Theresa May went up and shake their hands.

“What’s the first thing we do to those veterans when they get back from their week of commemoration?

“We sting them with a bill now for a licence fee they have had for free for 20 years. It’s absolutely disgusting.”

Earlier this week the BBC decided that the forecasted cost of providing free licences for over 75s would be in excess of £754million, a fifth of their budget.

They explained BBC Two, BBC Four, the BBC News Channel, the BBC Scotland channel, Radio 5live, as well as number of local radio stations would be affected if they continued to pay the fee.

Sir David Clementi spoke out following the backlash and said it had been a “very difficult decision” but this was the “the fairest and best outcome”.