This Morning hosts Phillip Schofield and Holly Willoughby always prank each other on the ITV show. However, it was the former who got the last laugh on today’s edition of the award-winning programme.

Holly Willoughby is well known as being a bit of a scaredy cat when it comes to all things Halloween.

Phillip pranks his co-star almost every year and today on the show he donned a fake skeleton hand for his link to the Loose Women.

As Holly introduced the ITV panel her colleague moved his hand closely towards her.

She didn’t notice Phillip’s hands as she continued with her duties for the day. 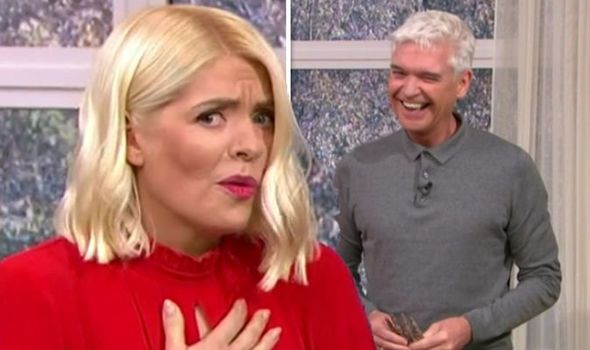 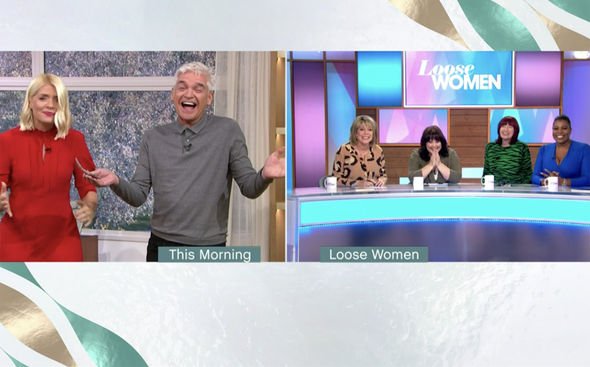 However, as he moved towards the middle of her body, Holly finally spotted the creepy skeleton bones and let out a scream.

Phillip burst out in laughter over the hilarious scene.

She pretended to be grumpy before telling Phillip she was going to join the Loose Women team.

Holly flicked her hair and stormed off the set while giggling. 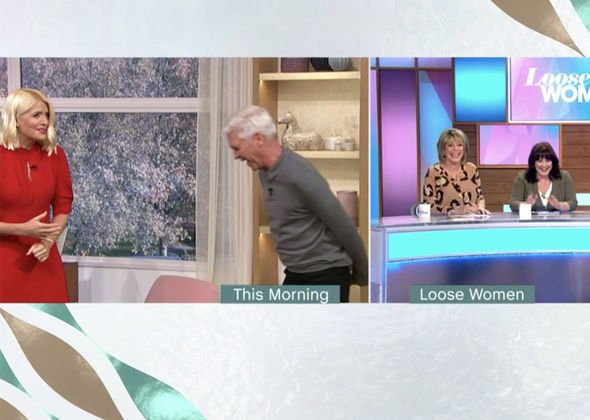 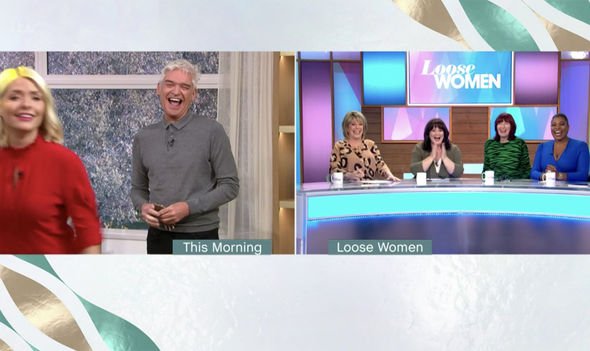 When they cut back to Phillip and Holly, the latter demanded an apology.

Although she got one, it seemed she didn’t quite buy it, with Phillip laughing: “I’m not sorry.”

Later on in the show, Steve Wilson presented a collection of Halloween goodies to spook many with.

He showed off some incredibly scary decorations which didn’t go down well with Holly at all.

Fans were a little creeped out by one little doll on a rocking horse who sang a nursery rhyme.

The creepy decoration got a huge reaction on Twitter with one saying: “That rocking horse and doll can go f**k itself.”

Another added: “Not liking the doll.”

A third shared: “That freaky doll on the rocking horse on #ThisMorning Nope, no way! It’s terrifying! It would give me nightmares!”

Elsewhere on This Morning, Phillip clashed with a guest during a heated veganism debate.

Lucy Watson tried to suggest animals were killed “brutally” when slaughtered for meat.

But Phillip refused to entertain the debate, saying they couldn’t discuss the methods.

This Morning airs weekdays on ITV from 10.30am.