This Morning was back with the final instalment of the week and in a turn of events, Richard Madeley and Judy Finnigan were back presenting. Joining them on the blue sofa was Labour leader Jeremy Corbyn and he wasted no time in making a dig at Boris Johnson. But more surprisingly, it was Finnigan’s response which got tongues wagging.

Viewers were left confused, claiming they had travelled back in time when they tuned in to This Morning and saw Richard and Judy presenting.

Since it is half term, Holly Willoughby and Phillip Schofield were taking a break from their duties and their Monday to Thursday slot was taken over by Eammon Holmes and Ruth Langsford.

But for a once off special, Richard, who occasionally presents Good Morning Britain was joined by his wife for today’s instalment of the magazine show.

As if this wasn’t a big enough deal, Corbyn, who rarely does live television interviews had been invited into the studio.

And after a chat about the recent developments to Cystic Fibrosis treatment, the Labour leader stuck around to discuss the big issue dominating politics; the Brexit extension and a possible general election. 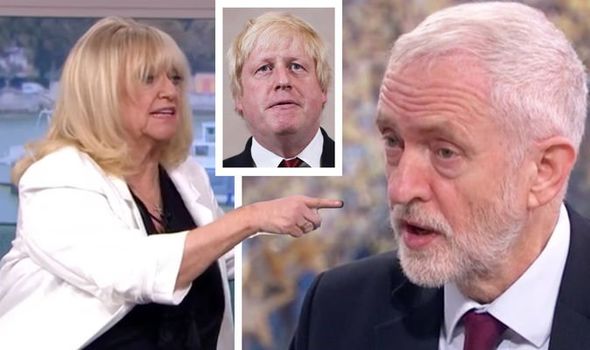 During the conversation, Corbyn discussed his opponent, Prime Minister Boris Johnson and when he made a swipe at him, Finnigan stunned viewers by agreeing with him and openly giving her personal opinion.

“I sincerely hope that people, come a general election are interested in the issues and not just in getting rid of the whole Brexit problem because that’s what I think they are,” Finnigan remarked.

“And the other thing is the turn out, a turn out just before Christmas, December 12, wouldn’t be very good would it?” She added in reference to a potential general election taking place on this date.

“Now look, the December 12 date is odd for many reasons, it’s so near Christmas, it’s after universities have ended their terms, etc. There are lots of things very odd about that date,” Corbyn replied.

“So you want an election next year?” Madeley interjected and probed. 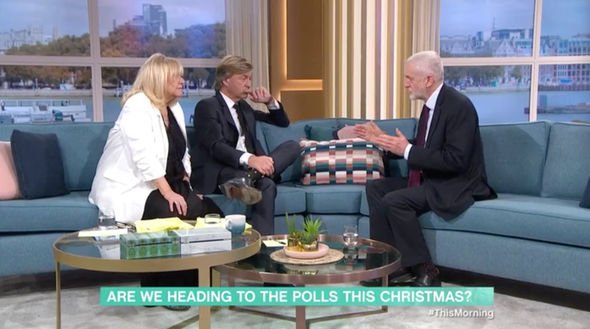 “Well, maybe before December 12,” Corbyn explained. “I don’t know what the dates going to end up being, I guess there’s going to be some discussion about that.

“But I think what you’re saying is absolutely right! I want an election – yes to deal with Brexit – but also all the other issues about how we invest in all parts of this country.

“This massive imbalance between London and the south east and the north east and north west,” the Labour leader remarked.

“The Queen’s speech was voted through last night wasn’t it?” Madeley commented. “So they’re halfway there.”

“Then he [Johnson] pulled the parliamentary accountability of the Brexit he put forward,” Corbyn hit back. 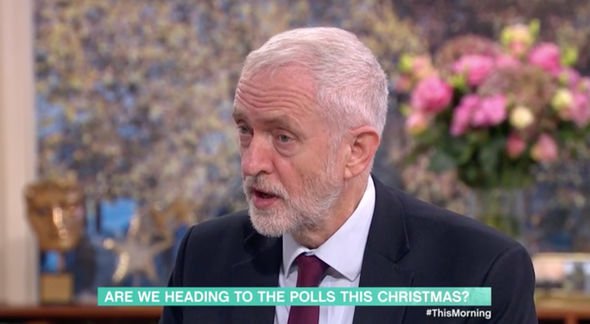 “This is a very strange Prime Minister taking control in a very strange way,” he continued but was interjected by Finnigan muttering: “You can say that again.”

One said: “@thismorning and @jeremycorbyn Judy Finnigan is supposed to keep political opinions to herself… love when Richard is on tho.”

A third tweeted: “@thismorning @jeremycorbyn Very disrespectful comments about our prime minister keep your personal viewers to yourself Judy.”

“I thought presenters had to be unbiased when interviewing, obis not on @thismorning today. Judy was definitely on @jeremycorbyn side. Disappointed,” another added.

Many however loved seeing Madeley and Finnigan back on their screens and Twitter was full of praise regarding their general appearance.

“Richard and Judy old school edition of #ThisMorning was actually quite good! No false laughing, pranks or fairness which Holly and Phil have,” a viewer wrote.

Someone else said: “Can we have Richard and Judy back on the show permanently please? It’s made mum morning #ThisMorning.”