Welcome to Explains It All, a new BAZAAR series where icons share their ultimate pearls of wisdom. From sex and relationships to career and politics, some of the most distinguished women in the business let us in on their definitive life advice.

Jane Fonda knows what she’s doing. For the debut episode of our new series, Explains It All, the 83-year-old actress, activist, and icon shares her wisdom on living your most intentional life yet. From finding meaning in politics to learning how to be whole while single, our April 2021 cover star has got it covered. Read on to see what she had to say.

On becoming a political activist…

Things first started to change for Fonda when she began to educate herself on the Vietnam War while living in France. “I found it very uncomfortable that the French people were attacking the United States for the war in Vietnam. I didn’t yet understand that, ‘Oh, they’ve been there already. They tried to colonize the Vietnamese and they were defeated,'” says Fonda. Then, the actress met a group of American soldiers in Paris. “They had fought in Vietnam and they had left. It’s called deserting, or resisting. And I met these guys and they started talking to me about the war. They gave me a book to read by Jonathan Schell called The Village of Ben Suc. And I read it and my whole life changed.” About a year later, she says, she joined the anti-war movement.

By 1970, Fonda had ingrained herself within the powerful grassroots movements of the era, but still felt that she had to overcome a huge obstacle. “My celebrity created a distance between me and those people–frontline people, real people on the ground,” she says.

Of these fears, she confided in Kenneth Cockrel, a Black Marxist-revolutionary working as a lawyer in Detroit, Michigan. She regarded Cockrel as a mentor. “I said, ‘Ken, I think I’m going to quit the business. I don’t want to be in Hollywood anymore. I want to be an organizer,'” she recalls. “And he sat me down and he said, ‘Fonda, the movement has countless organizers. We don’t have movie stars. You not only have to keep on acting, but you have to take more control of your career. Have agency on the work that you do.'”

The conversation stunned Fonda, but also helped shape her film career thereafter, she says. “Out of that came Coming Home and 9 to 5 and China Syndrome and movies that reflected issues that were interesting to me.” 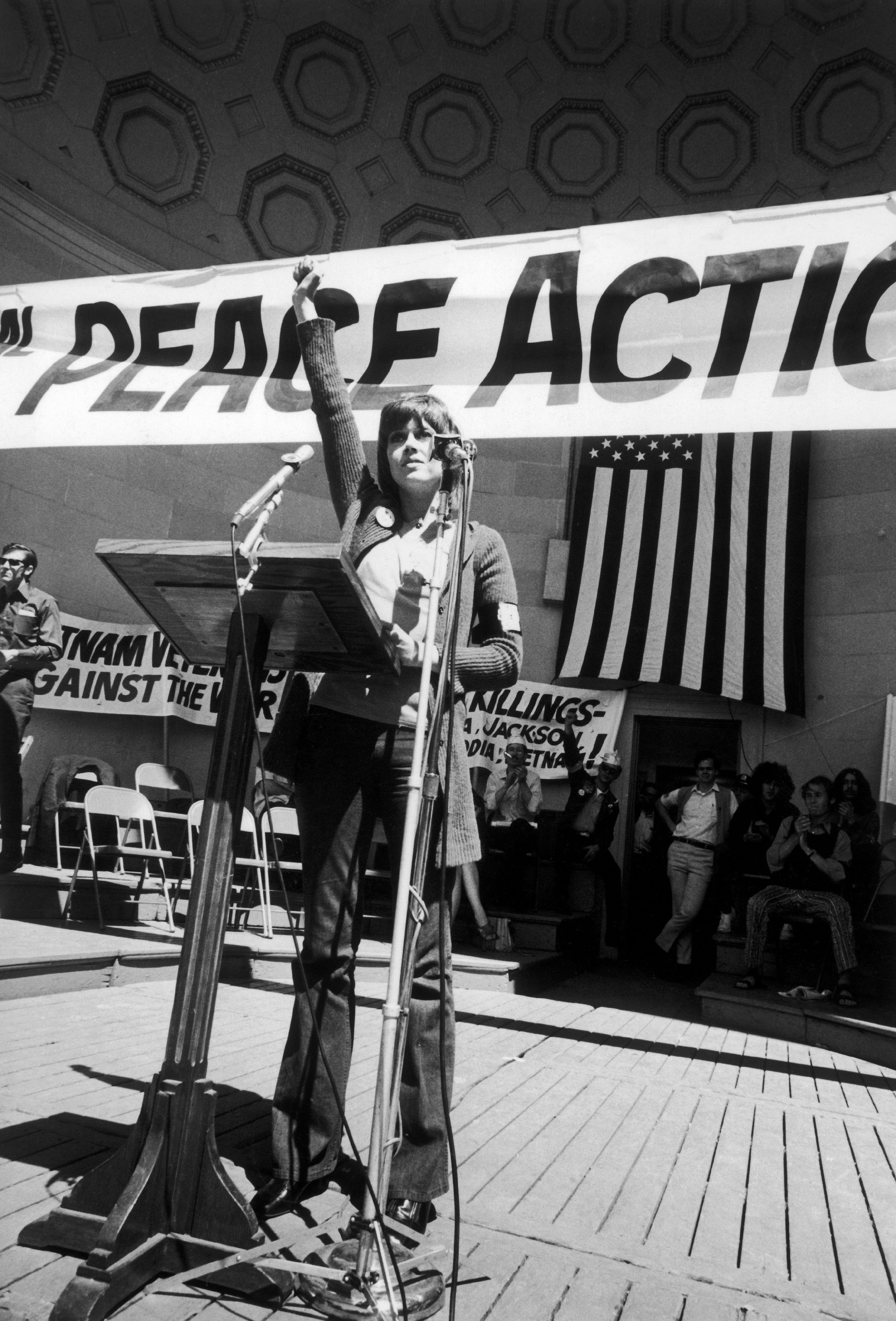 “I was always married,” says Fonda. “I mean, three times. My dad was married five times. So, I very much didn’t want to catch up to him.”

Fonda has previously been married to Roger Vadim, Tom Hayden, and Ted Turner.

“Even after I became an activist, I always turned to men to help me find the next step. I’d be going in a particular direction and then I would meet a man who could take me further down that road and then I would move on. Isn’t that a terrible thing to say?” she says. “It wasn’t until I was finally single at 62, that I began to feel whole. To feel that I was where I was supposed to be.”

Reflecting on romantic relationships between men and women, Fonda recalls having difficulty feeling complete on her own terms. “I would tend to mold myself according to what my then husband wanted me to be. But there was always a center to myself that they never touched,” she says. “What I realized now is two people that love each other–whether it’s two women, two men, or man and woman or whatever–coming together and they stay on their own two feet. Two whole people coming together and maintaining their agency, their strength, while at the same time caring for the other, nurturing the other, cherishing the other, but never losing themselves. I think that in there lies the secret to a successful relationship.” 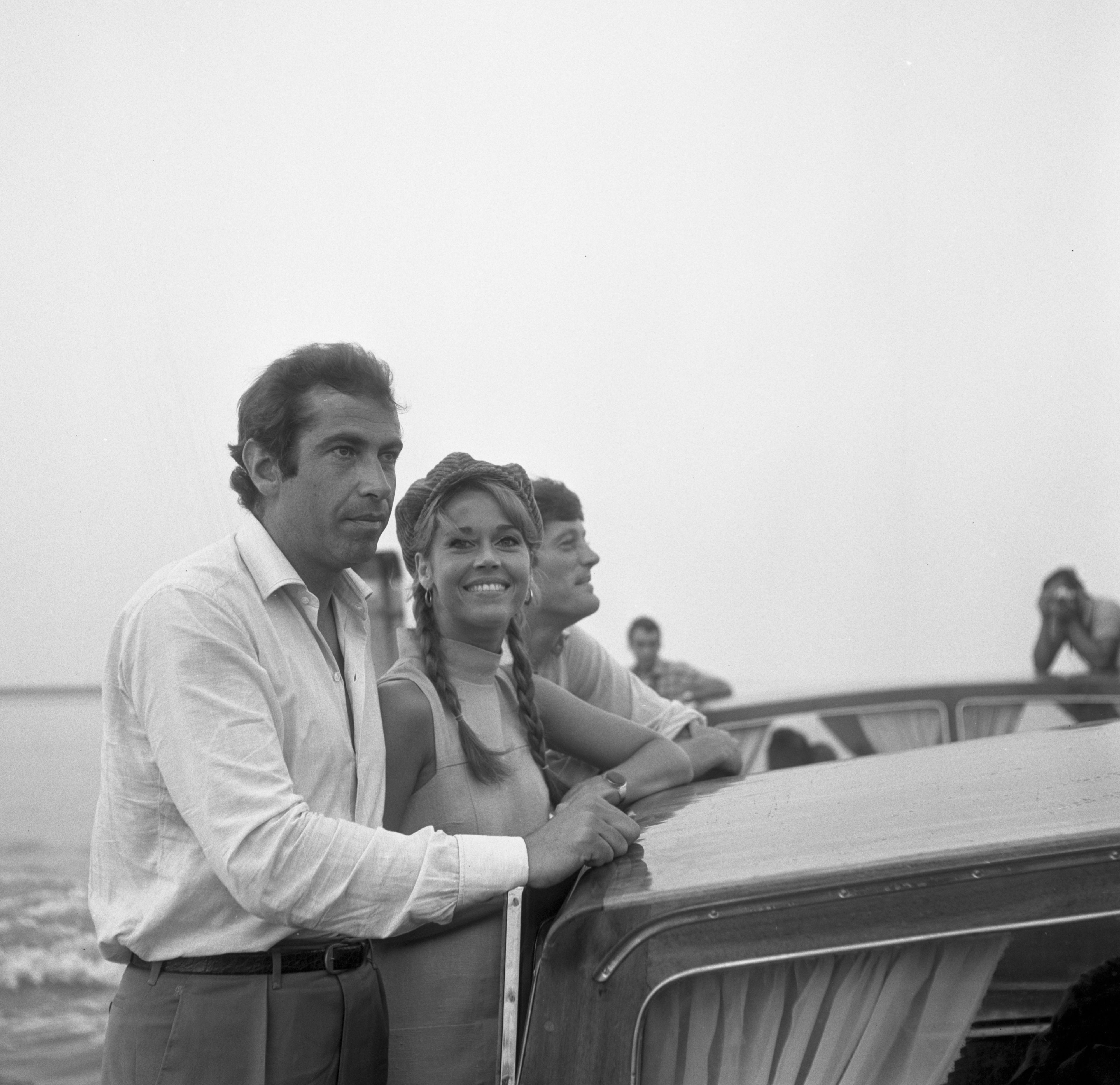 Watch the full video above to hear Fonda’s advice on gaining self-confidence, managing identity, learning how to parent, and more.

Don’t forget to subscribe to BAZAAR‘s YouTube channel so you never miss an episode of How I Do, On the Rise, Playback, Go to Bed with Me, This Look Is Money, Little Black Book, Heel Hunters, or Food Diaries.