Former Teen Mom 2 star Jenelle Evans is using her social media platform to speak out about her current situation, as a judge ruled in her favor last week. A judge didn’t see any evidence of abuse or neglect, and so the three children that were removed from the home sent back to live with Jenelle and David.

Now, Jenelle is using her Instagram Stories to answer questions from fans. In a few posts, she decided to address some comments made by Ashley Lanhardt, who is Nathan Griffith’s current girlfriend.

On Instagram, Jenelle slammed Ashley, claiming that there were no findings of abuse or neglect. Jenelle pointed out that Ashley had posted something on Facebook that could suggest otherwise. Jenelle also pointed out that she knows the judge in her case and she wouldn’t want to face her in any criminal matter. 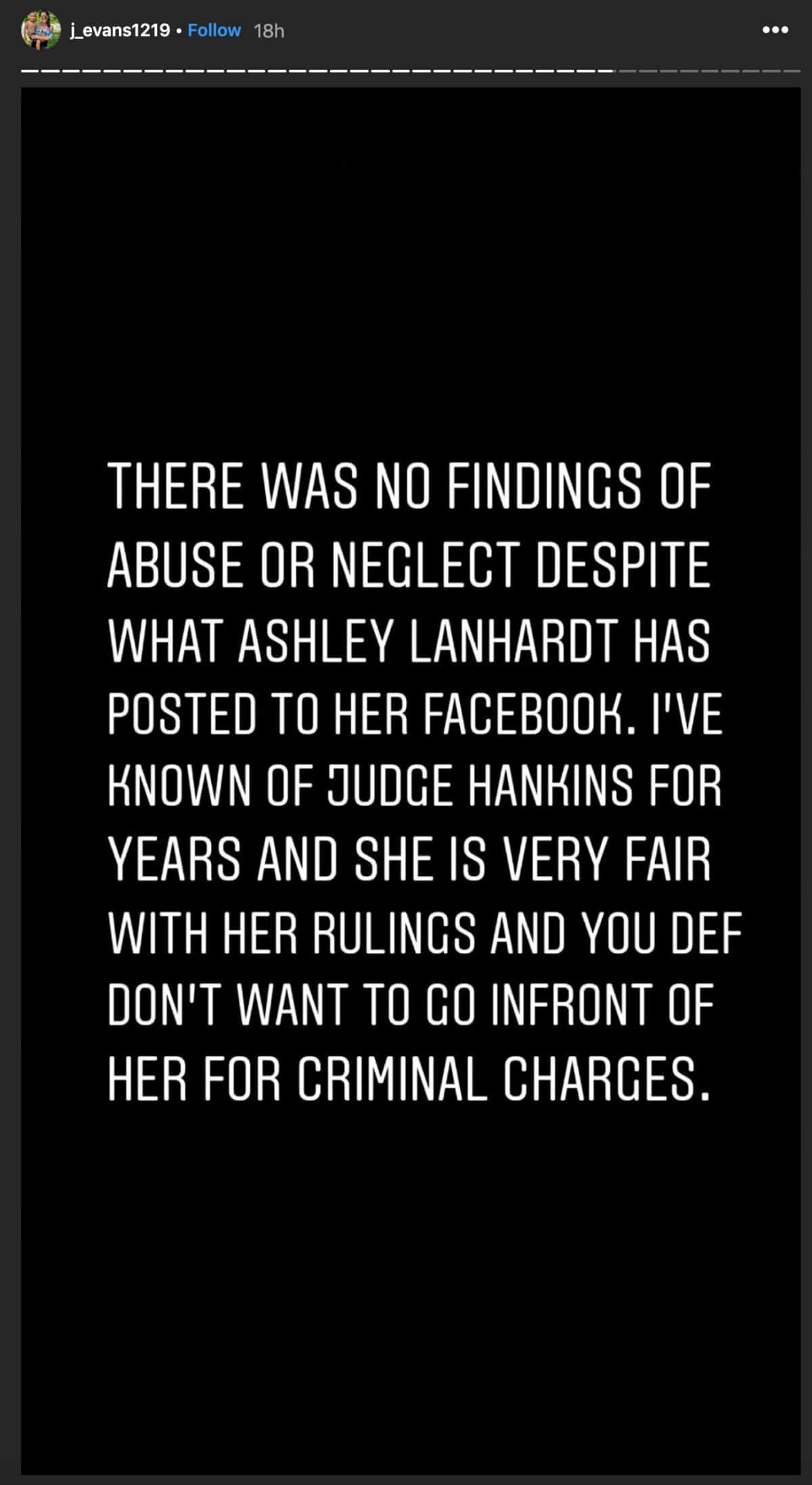 Jenelle Evans also used Instagram Stories to point out that Nathan’s sister had once said that everyone should be happy that no abuse is going on rather than focus on the children being placed elsewhere. Jenelle quoted Nathan’s sister as to show that no evidence against abuse had been presented. 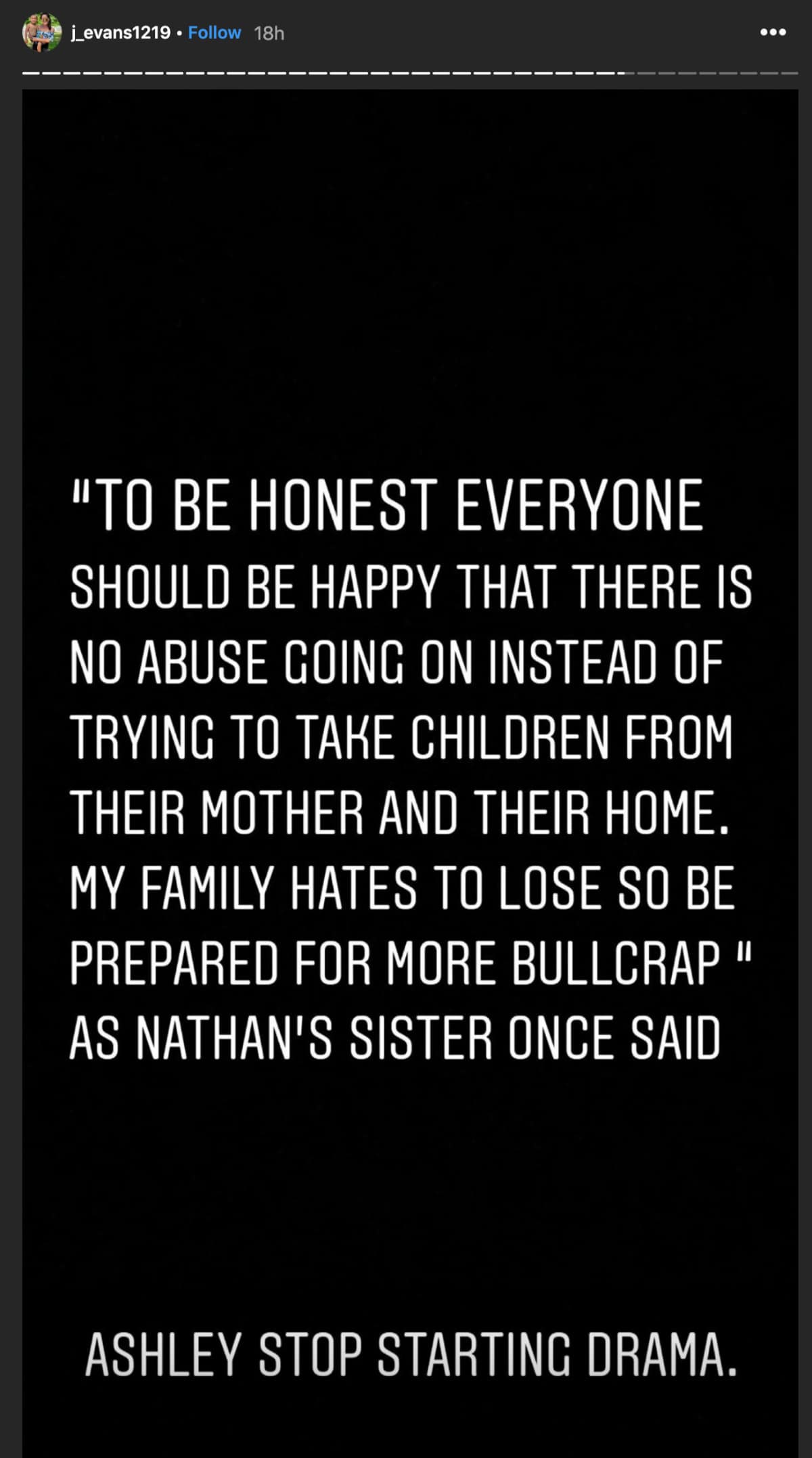 In one final post, Jenelle shared a quote from Nathan’s sister who supposedly claims that she’s happy that the children are home with Jenelle and that it must have been rough what she was going through having the children removed by CPS. 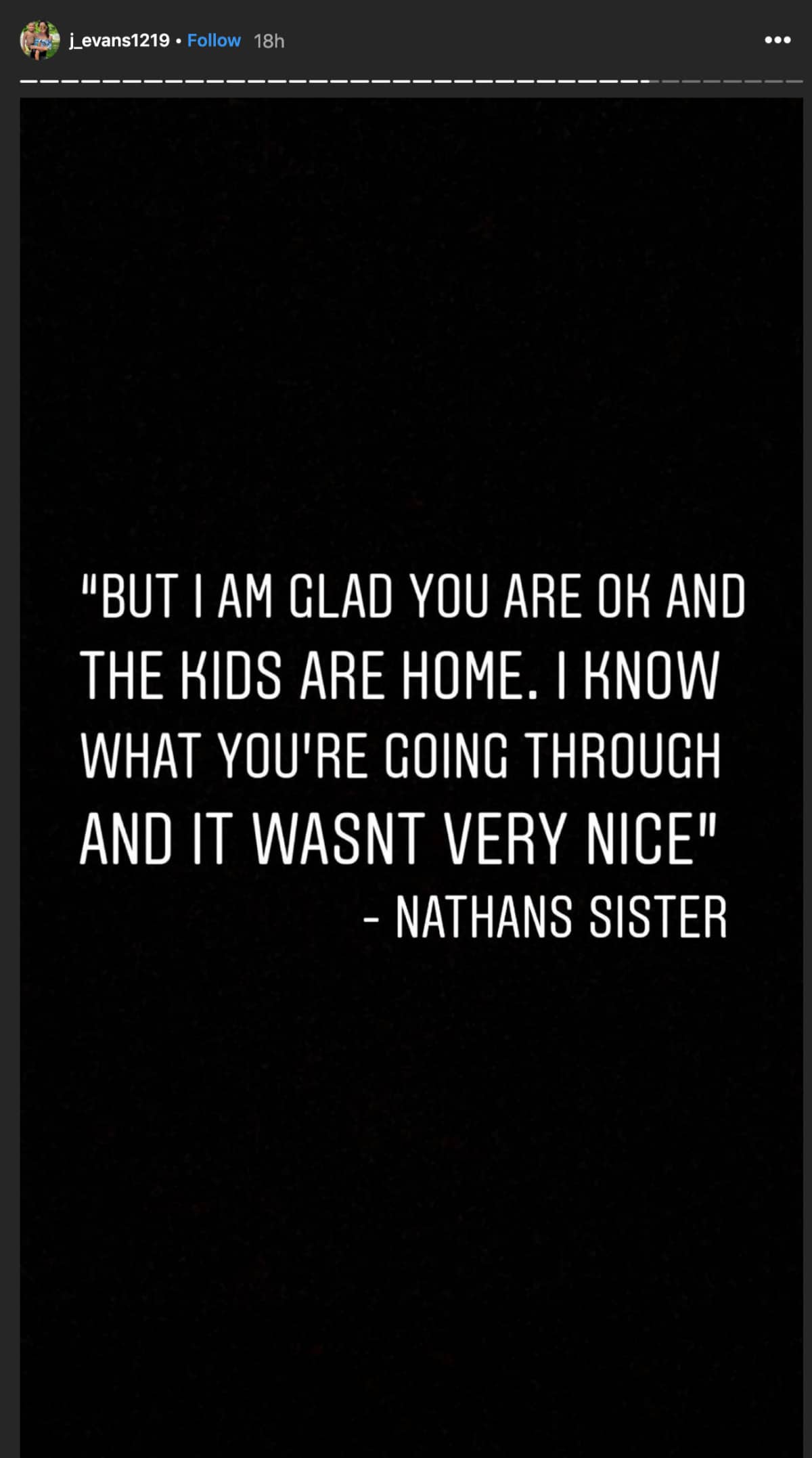 In the end, Jenelle simply wanted Ashley to stop causing drama about the situation by posting her thoughts on Facebook. It doesn’t appear that Ashley’s comments will have any influence on the judge’s decision.

Teen Mom 2 is currently on hiatus.