JENNIFER Lopez was a rose between two thorns as she posed with Jamie Foxx and fiance Alex Rodriguez at the Palm Springs Film Fest after party.

Lopez, 50, stunned as she revealed her curves in a racy jumpsuit on Thursday night alongside the actor, 52, and her 44-year-old partner. 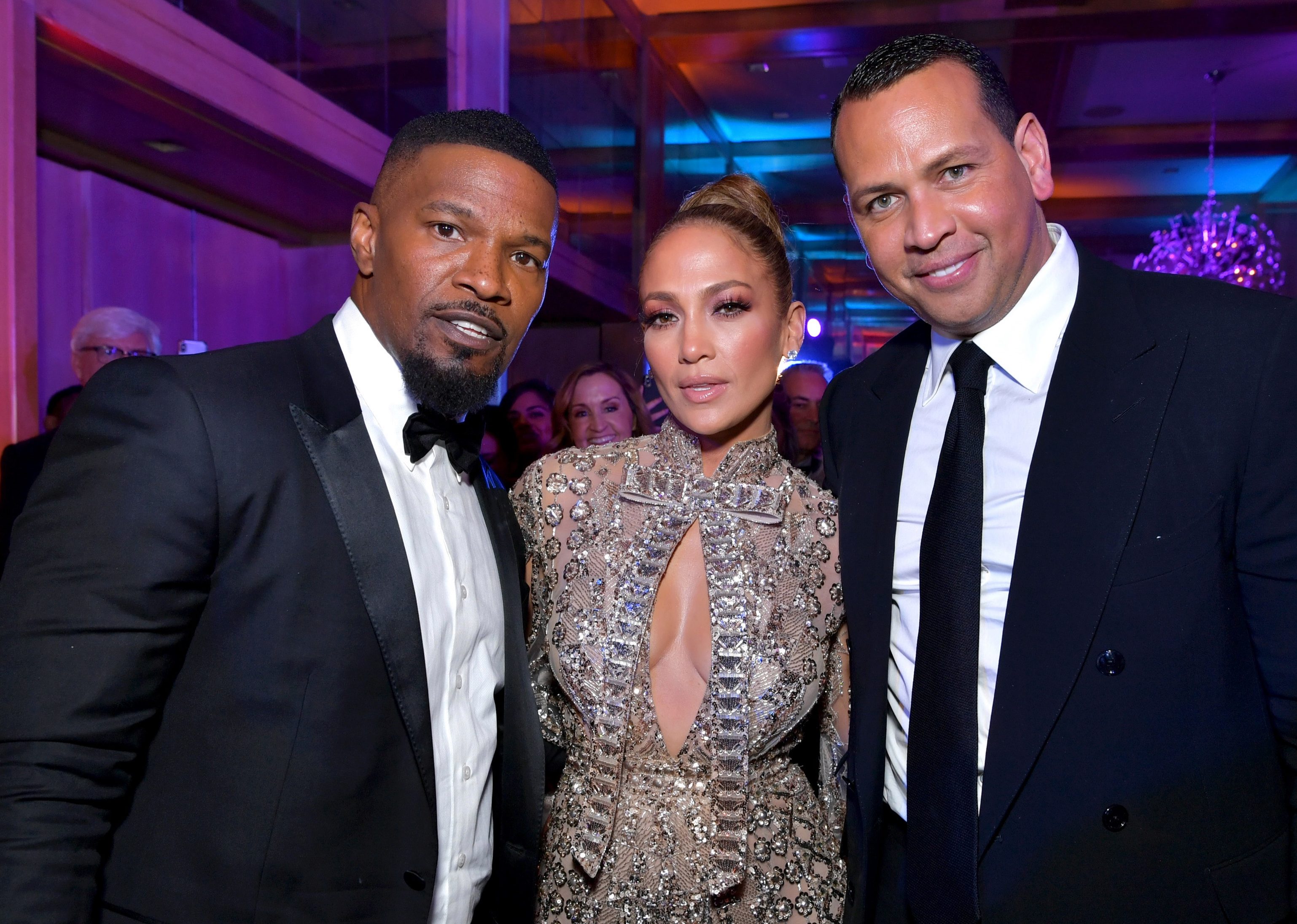 J Lo appeared to go braless in the ensemble, showing off her impressive cleavage as she partied with pals.

The star scraped her hair into a tight bun and wore diamond stud earrings that set off the extremely glamorous look.

The Jenny From The Block singer had changed her outfit from earlier on in the night, when she scooped a Spotlight Award for her role in Hustlers.

Taking her turn for the cameras, Jennifer exuded elegance in a strapless grown featuring a long train, and adorned with flowers. 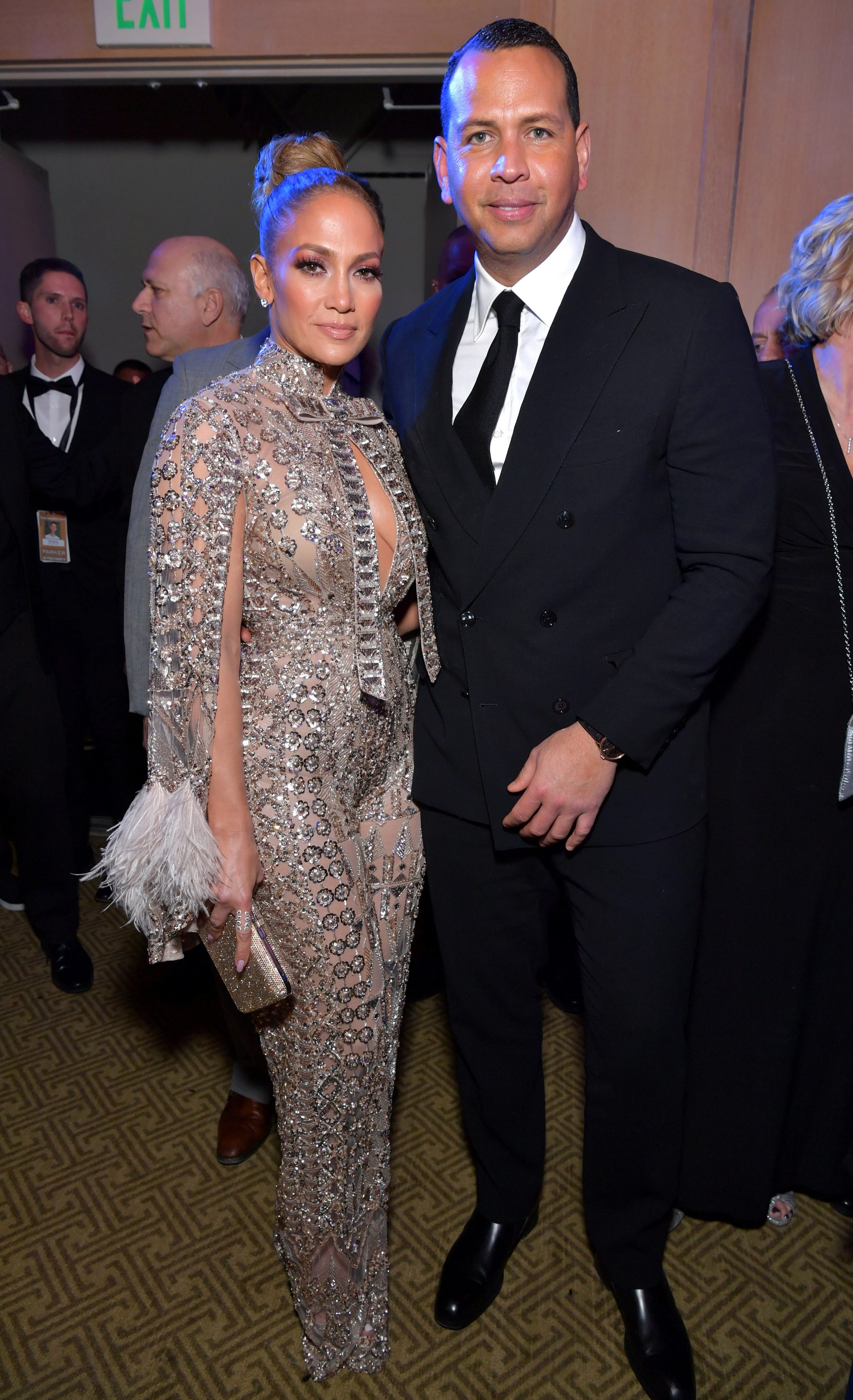 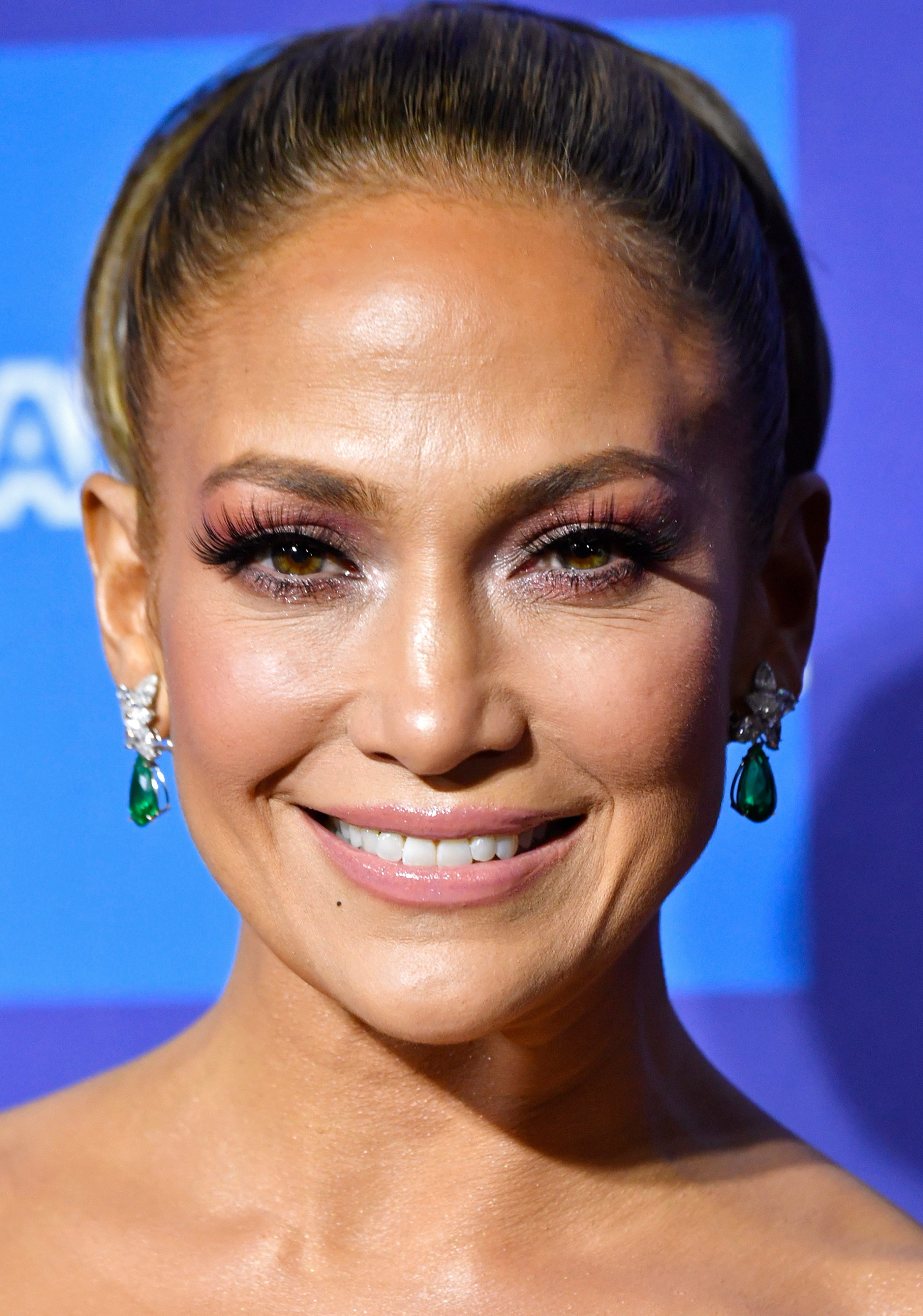 The actress received rave reviews for her supporting role in Hustlers, and is hoping to pick up gongs at the Golden Globes, Screen Actors Guild, Critic's Choice nominations and Oscars.
The movie was the biggest box office opening of her career for a live action film and as well as her acting, she was praised for her incredible body in the smash hit flick.

Not long before its release, she broke the internet when she walked Milan Fashion Week in a reimagined version of the iconic green Versace dress she first made famous back in 2000. 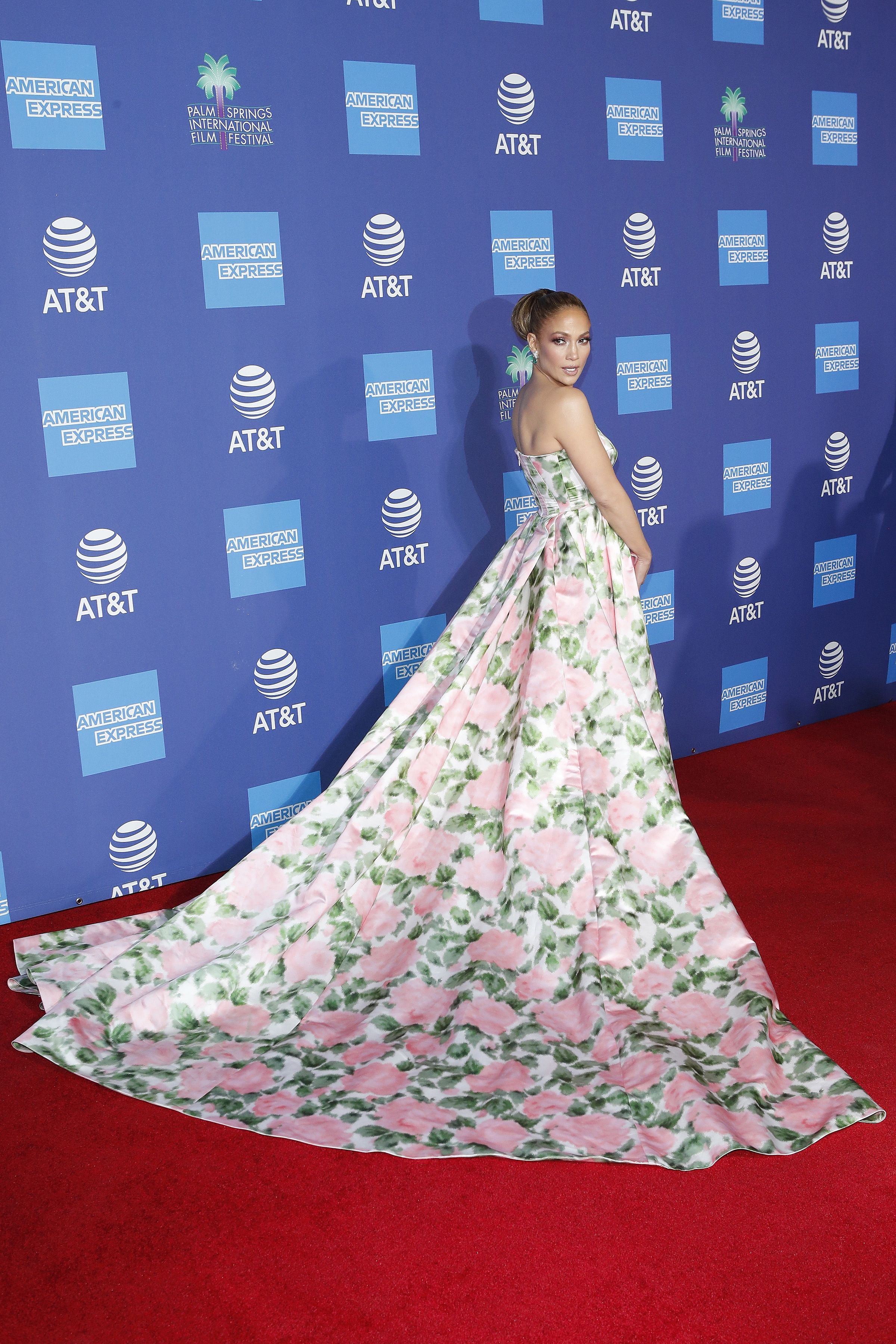 Jennifer got engaged to former Yankees star Alex in March 2019.

The power couple has not yet shared the date for their wedding.

J Lo is mum to 11-year-old twins Emme and Max from her previous marriage to singer Marc Anthony.

The modern family celebrated New Year’s together along with A Rod’s two daughters, Natasha, 15, and Ella, 11, from a previous marriage, at a party that included their famous friend Leah Remini.