Theatre star Jodie Prenger has revealed she didn’t have to audition for her Coronation Street role, after swapping the West End for Weatherfield.

Jodie, 43, will star as Glenda Shuttleworth, sister to George (Tony Maudsley), with her debut performance airing on Friday.

Speaking on Loose Women, Jodie was asked whether she had to audition for the soap by panelist Gloria Hunniford.

‘I didn’t have to audition,’ she spilled to viewers.

Jodie went on to share her relief that she was able to avoid this part of the process, saying that she found it difficult to perform well when she ‘really wants something.’

The musical theatre actress spoke about a ‘brilliant comedy’ she wanted to join, but failed at the audition round because she was unable to deliver a convincing Birmingham accent.

‘I went to Skegness and Japan, but never Birmingham,’ she joked. 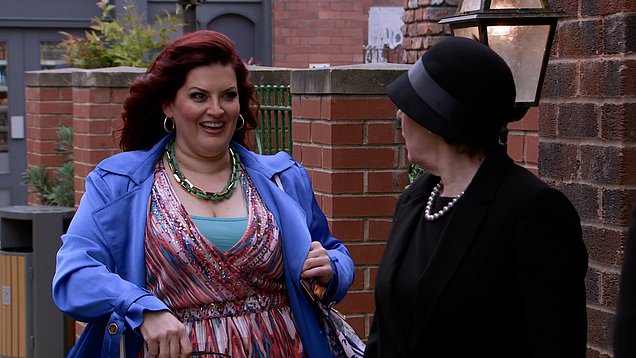 Chatting to host Ruth Langsford, Jodie said she had tears rolling down her face when she learnt about winning the Corrie role as her family have been long-time fans of the series.

The star previously told Metro.co.uk she was in Ikea when she got the call to confirm the role.

She added: ‘I swear to God I must have petrified about 30-odd people at IKEA. We were at the checkout – I was with my mum – and my agent Michelle called. Michelle said, “We’ve got the offer for Corrie.”

‘Well, I screamed, and I cried. One woman nearly dropped a cactus, God love her. And then my mum came out, she started crying.’

Her arrival on the ITV show will cause quite a stir, as Glenda is moving to Salford because she’s running away from someone she’s been having an affair with.

Jodie also told us: ‘She’s a woman to be reckoned with. She reminds me a lot of my mother. She’s fun and she’s sassy and she’s a bundle of energy.

‘She does come off a cruise ship and there’s a vibrancy with her which is just… she’s a dream to play.’