Serial killer shows are in no short supply. Showtime’s Dexter, which premiered in 2006, was hailed as a completely unique concept back then, though. Years later, Netflix released You, a show that follows the life of Joe Goldberg as he stalks the objects of his obsession, ultimately killing them. Joe and Dexter are two incredibly similar characters, argue fans of the show, and they are correct. Still, the characters are intrinsically different in one key way.

What are ‘Dexter’ and ‘You’ about?

Dexter was a hit series on Showtime that ran from 2006 until 2013. The series followed the life of Dexter, a blood splatter analyst by day and a serial killer by night. Dexter’s complicated code of ethics kept him from killing innocent people. Instead, he acted as a vigilante who killed people who managed to evade the justice system.

You, a Netflix original, follows Joe, a bookstore manager, who is so desperate for love and affection that he stalks women to find out everything he can about them. His goal is to get them to fall in love with him, but when that fails, he kills them. Joe’s kill total is far lower than Dexter’s, but fans of the two series have found a lot of similarities between the two characters. They have one major difference, though.

The two characters differ in their control of their situations

While there are many similarities between Dexter and Joe, the two killers are innately different in one key way. Their motivations to kill and their control over those desires make the two characters worlds apart. When fans first met Dexter, it was made clear that while he was, in fact, a serial killer, he possessed enough control over his desires to pick and choose who he murdered. That control only came about because of Harry Morgan and his decision to help Dexter channel his “dark passenger” into a more morally acceptable pursuit.

Joe kills for the opposite reason. In an attempt to create order in his life, he fixates on a love interest, and when things don’t go his way, he inevitably kills them and anyone who gets in his way. You could argue that Joe is characterized by a lack of control, while Dexter’s defining personality trait, through most of the series, was his immense self-control.

Joe Goldberg did borrow some storytelling elements from ‘Dexter’

Joe and Dexter share common traits, but the two shows are different enough to entice fans to watch both. With that said, there are some elements of You that the production team ripped directly from Dexter. Marcos Siega, director of Dexter and the executive producer of You admitted that the original show’s storytelling inspired Joe’s voiceovers. Siega made the admission on Dexter: New Blood Wrap Up, a podcast about the series. 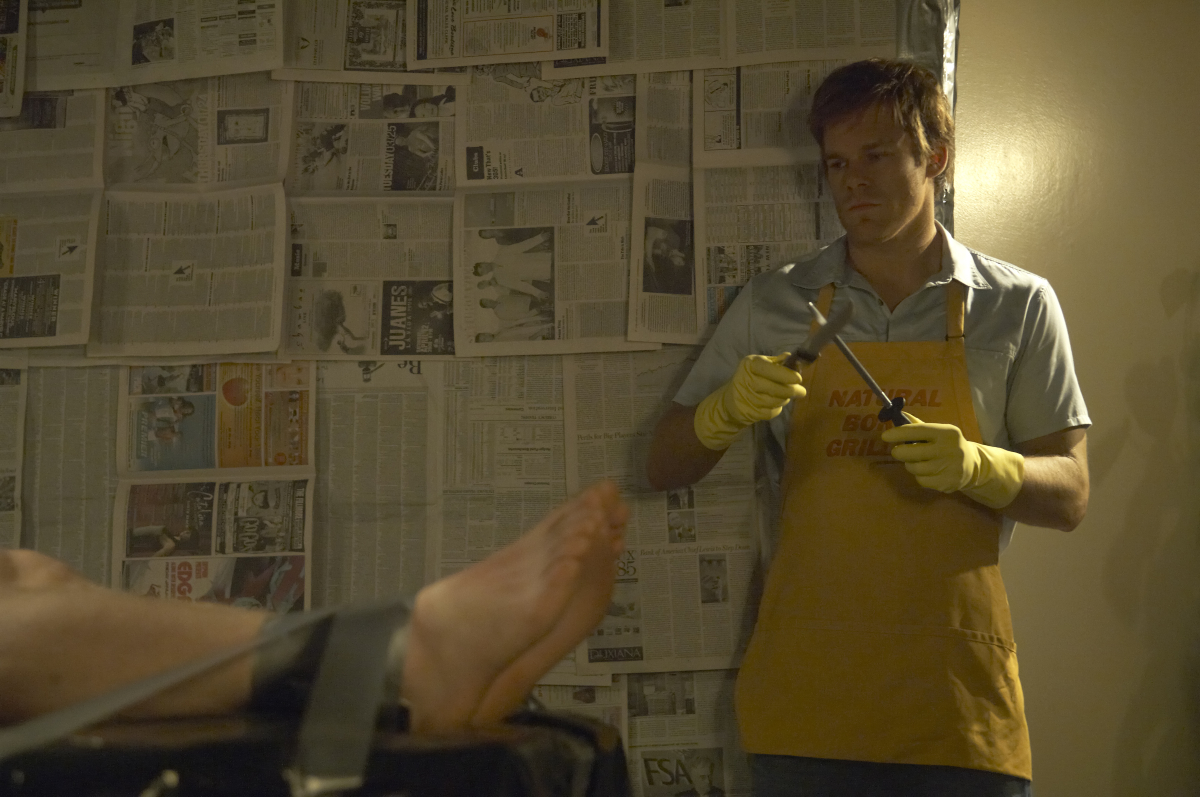 Still, the story and the characters are unique and likely will continue to diverge from each other. Season 3 of You was released in October 2021, but Netflix has already committed to at least one more season. Dexter: New Blood, the revival of the original series, is serving as a limited series. A second season is not yet planned.