KATE Garraway smiled in the sunshine as she left Good Morning Britain today and headed to work on Smooth Radio.

The busy TV star put on a brave face after revealing last night that she's "desperately trying to hold on" to her husband Derek who is fighting the effects of Covid in hospital. 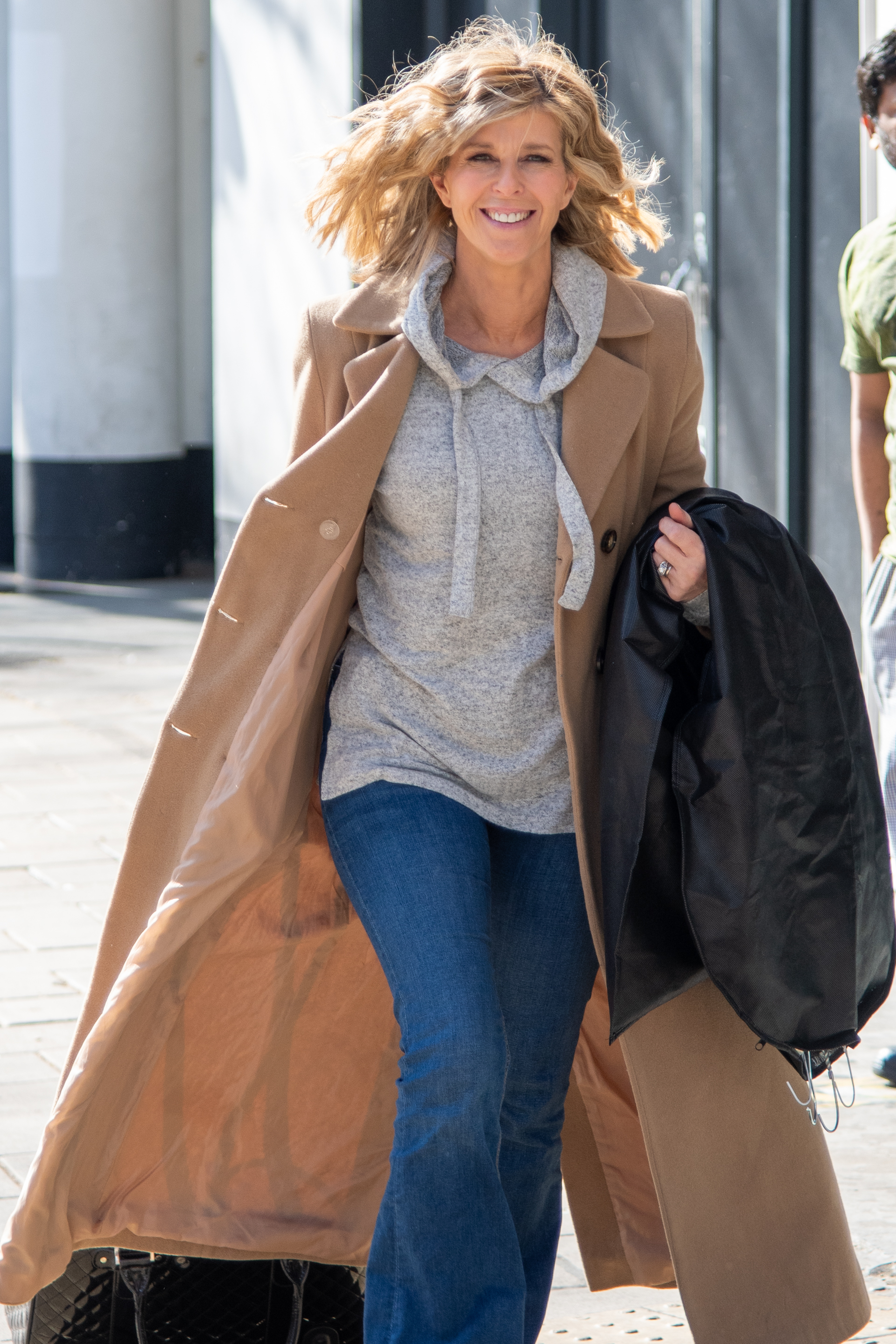 Kate, 53, soldiered on today following her interview on The One Show as she committed to her jobs on the air.

The celeb wore blue jeans, gold trainers, and a hoodie beneath a beige coat, as she carried her hair and make-up supplies in a suitcase.

She appeared on The One Show last night ahead of her documentary about Derek airing next week and opened up about his current state.

Kate told Alex Jones and Michael Ball that she felt like a “life boat” and he was “bobbing along” beneath her in an emotional analogy. 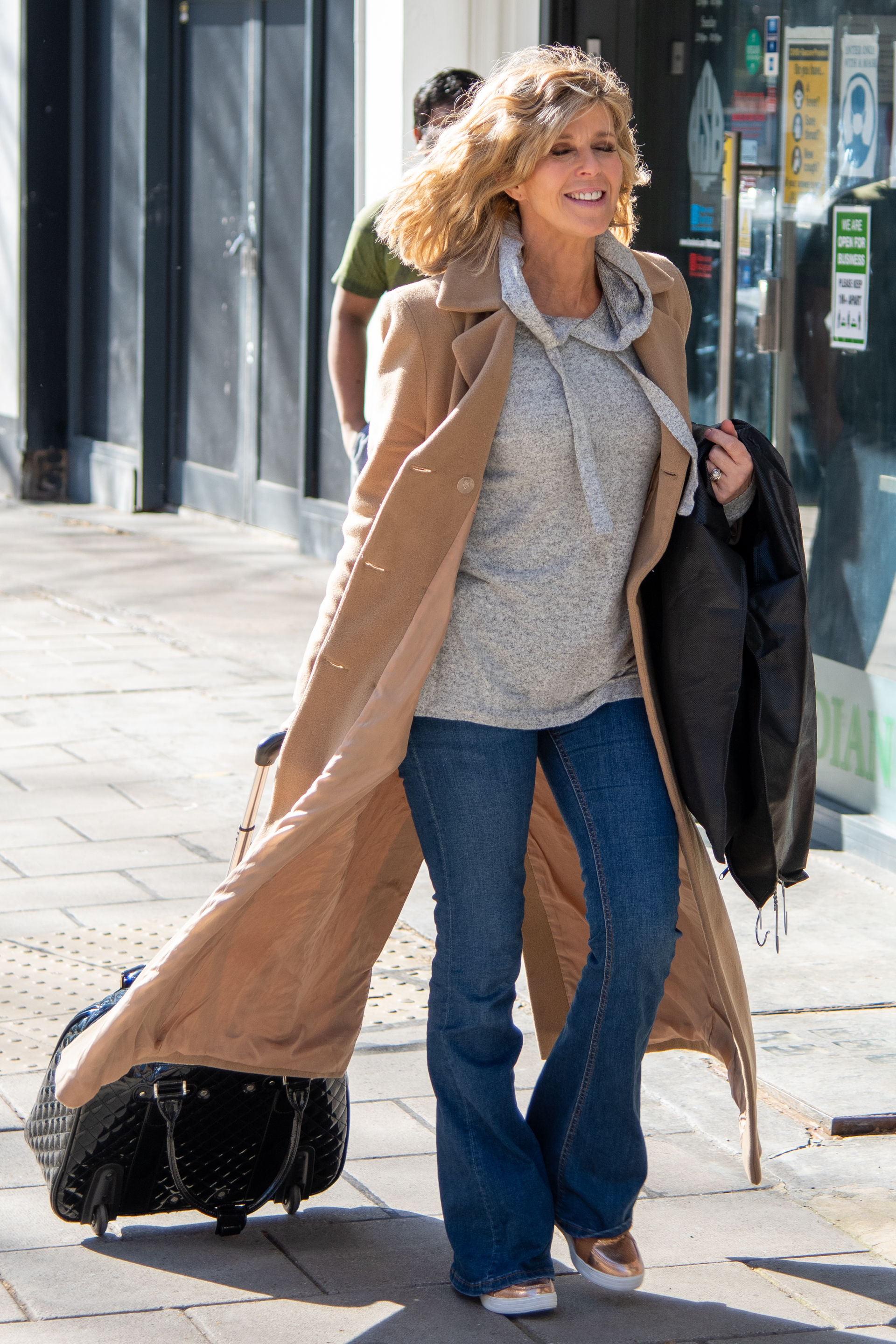 Derek was taken to hospital battling coronavirus a year ago, and she has now made a film about his struggle, as well as a book to offer hope to others in the same position.

She told Alex Jones and Michael Ball that she felt like a “life boat” and he was “bobbing along” beneath her in an emotional analogy.

"Derek is an extreme case. What he had is what is called a prolonged disorder of consciousness which means that there is some reaction," she explained.

"It is not like the coma we see in movies where people are lying in a vegetative state. He can open his eyes and before Christmas there was a lot of progress with words and communication and things. 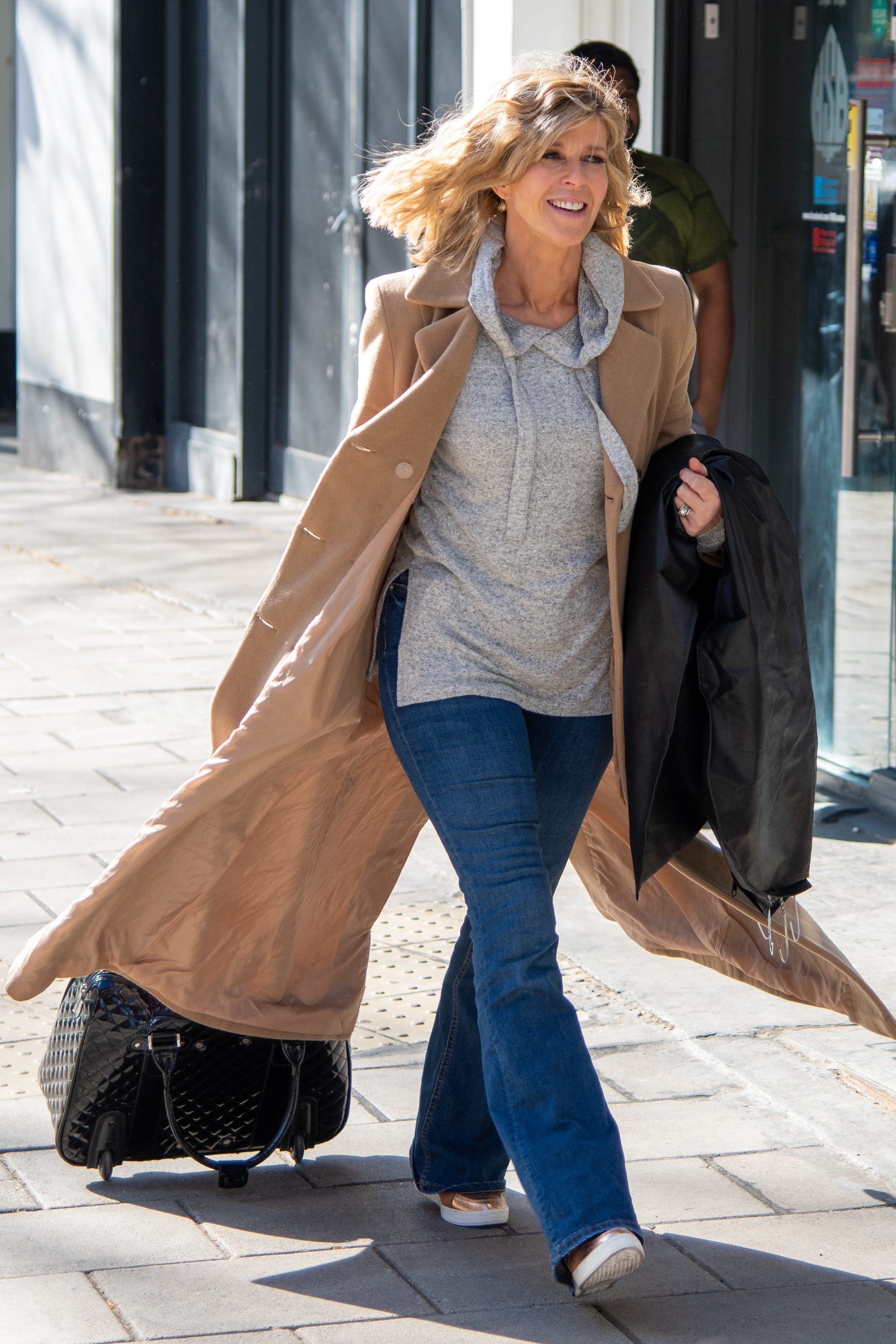 "But what I feel like is that I am on a lifeboat somehow and he is coming up and down. Sorry, this seems very figurative but that is how it feels.

"You are on this precipice trying to hold on to him and there are moments when he bubbles up and you have some contact, predominantly at the moment on FaceTime because of the Covid restrictions."

She went on to describe the fact she was living in a “strange world” where she was existing “minute by minute” when Derek first fell ill.

But she wanted to highlight the “middle ground” of the Covid, saying that while the deaths were “horrific”, living life in limbo was also heart-breaking. 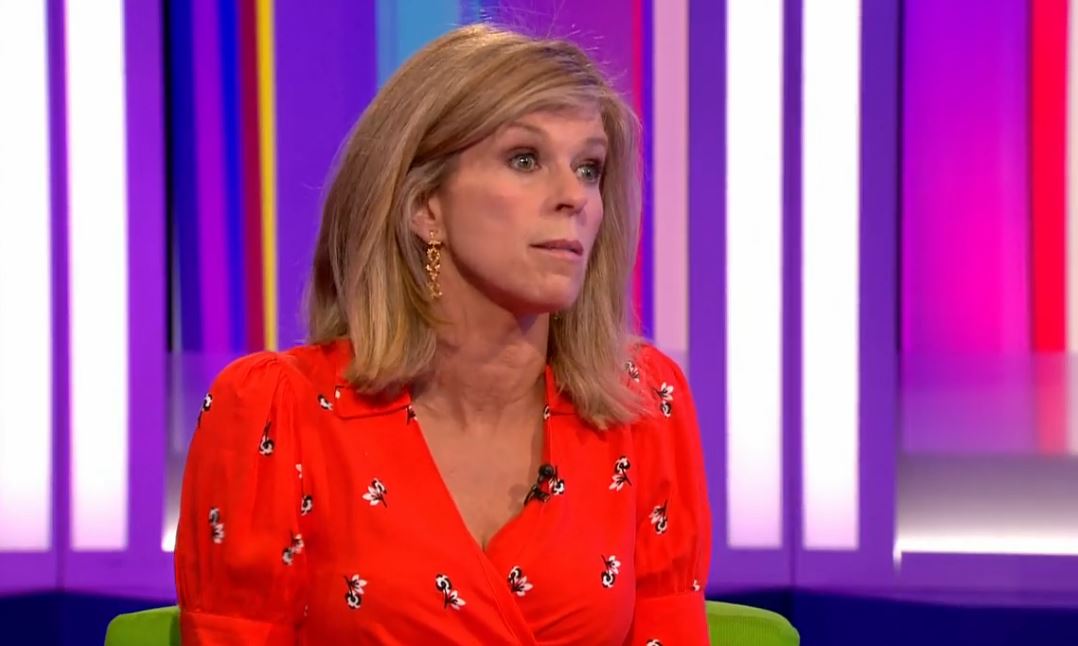 She said: “There is a whole group of people trapped in the middle ground where the damage is so great they aren’t sure if they can get their life back.

“It has affected people on a lot of levels. It’s greater than just live or dies.”

The GMB presenter went on to say how hard Derek must find it as he treated his brain like “his best friend”.

She said: "It feels like you are having to fill him with so much positivity because he is going to sink down. What you will see in the documentary is some of the better moments even though they are heartbreaking, I am afraid, where he comes up. 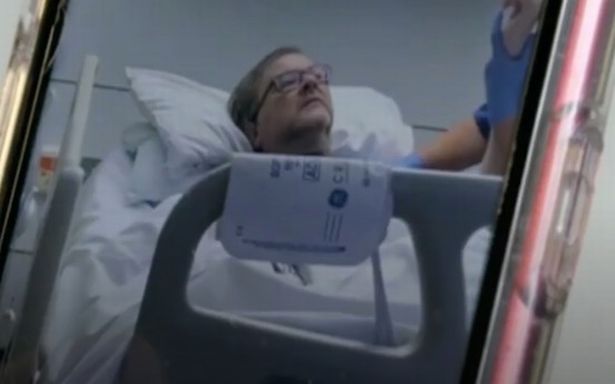 "Then you see what must be agony for him because he is somebody who, both in his time before I knew him when he was in politics and also since in all the work he has done in mental health, because that is his thing now, his brain has always been his best friend."

Her appearance comes after a harrowing new trailer for her show aired, showing her talking to her seriously ill partner on an ipad.

The clip also sees Kate screaming: "Derek, I miss you" while sorting through things at home. 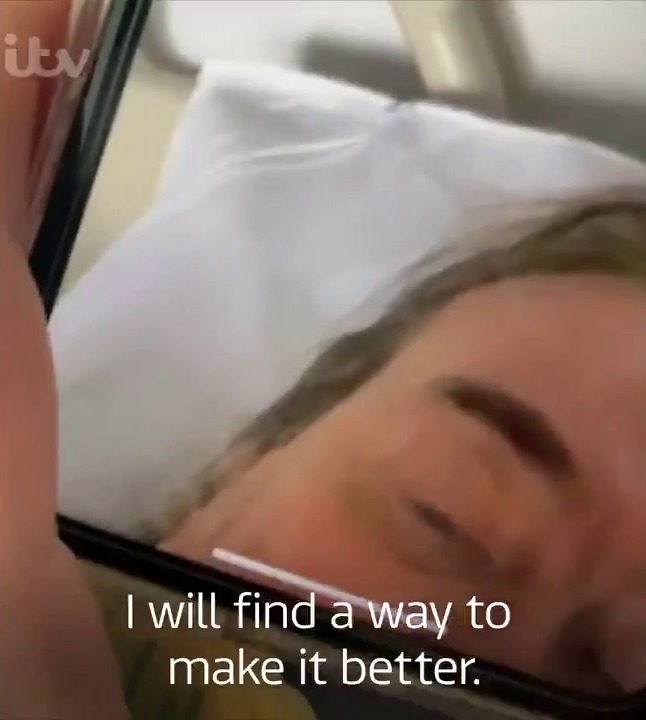 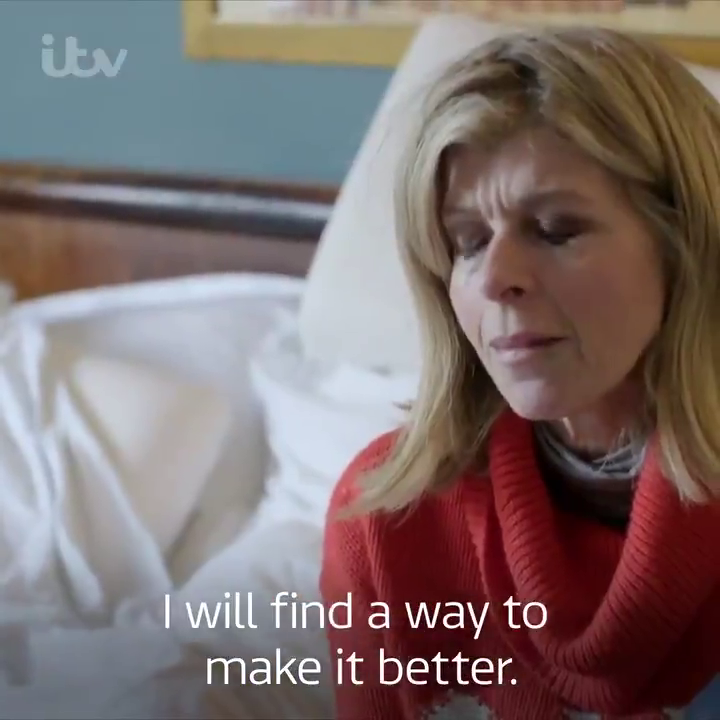 While he has seen off the disease, it has left his body battered and Kate fears he may never be the same person again.

Picking up a frame from a pile of items piled up by a door, she screams: "Derek, I miss you!"

The film also reveals the first footage of Derek, 53, seen since he was rushed to hospital in March 2020.

After contracting the virus more than a year ago, Derek faced an uphill battle to survive.

Coronavirus ravaged his body, his kidneys failed, he has liver and pancreas damage and his heart has stopped more than once.

Countless infections have left holes in his lungs and the battle has seen him lose eight stone.