KATIE Price flashed a glimpse of her £50,000 diamond engagement ring as her stepdad drove her to rehab.

Yesterday a judge at Crawley Magistrates' Court ordered the star to get help for her drink and drug issues after she rolled her BMW in a drink and drug-drive crash. 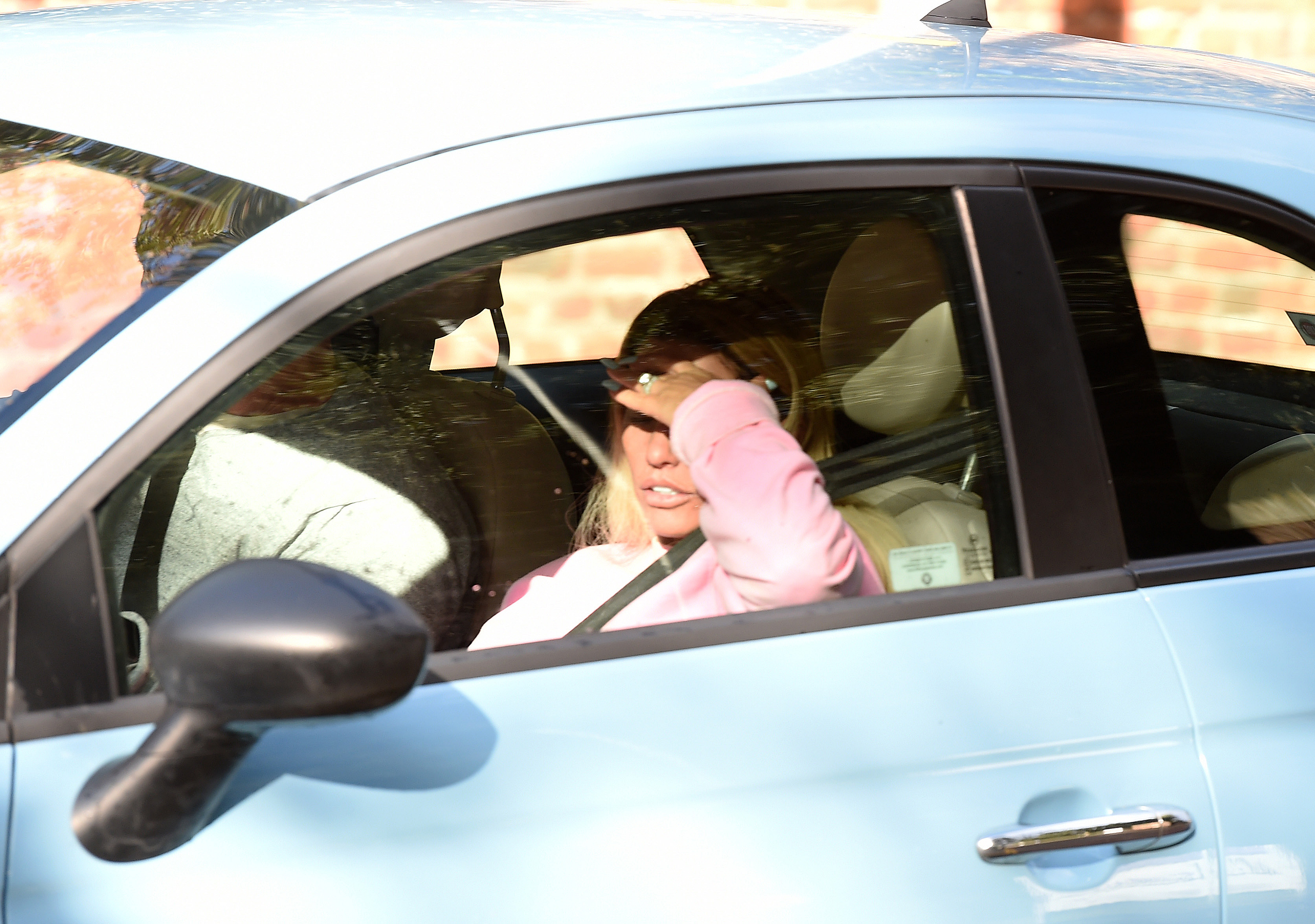 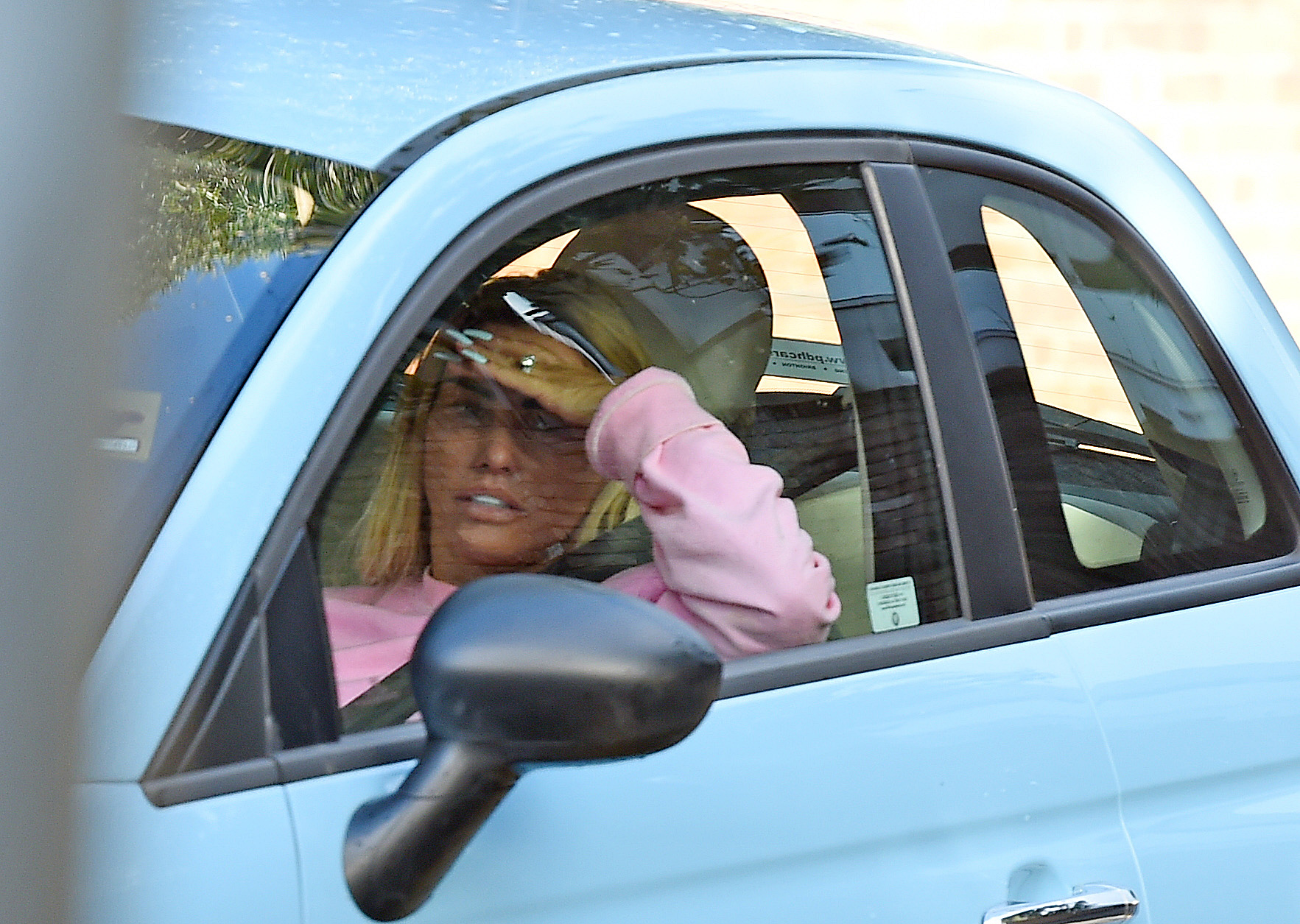 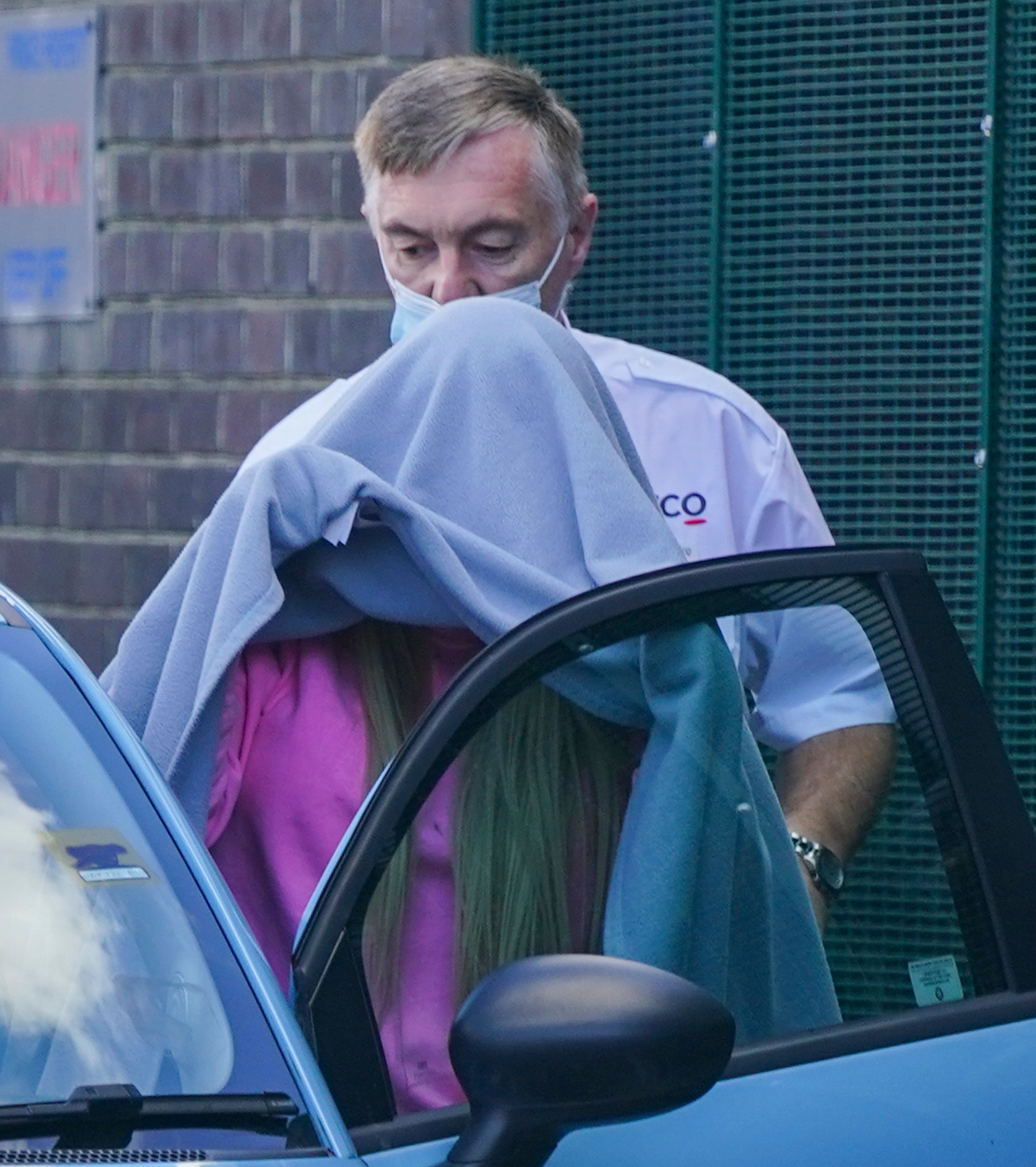 Her stepdad Paul was waiting outside the courthouse ready to take her straight to the £2,000-a-week Priory where she had a room waiting.

Katie wore a pink jumper and covered her head with a blanket as she was ushered into a pale blue Fiat 500.

The huge sparkler on her ring finger was visible as she rested her hand on her head while being driven through London.

One of the terms of her programme requires her to give up her phone for at least seven days and cut ties with the outside world.

We previously reported that Katie had been on an all-night cocaine bender before crashing her car on a country road at 6.20am on Tuesday.

She was heard at the scene confessing to police that she had used drugs.

Both her family and fiancé Carl Woods issued supportive statements that urged her to get help.

The lawyer – famous for using technicalities to get high-profile clients off the hook – spoke after the reality star pleaded guilty.

🔵 Read our Katie Price live blog for the latest updates

The mum-of-five will be sentenced on 15 December.

Katie had her sentence deferred on the condition that she has treatment at the Priory rehab centre and does not commit any further offences.

She was told she must also engage with the probation service.

Speaking today, Mr Freeman – who successfully defended the former glamour model in 2010 when she was accused of using a mobile while driving – also said that until 2017 anyone caught driving while disqualified faced an automatic prison sentence.

He added: “She won’t go to prison.

“It will be to help her help herself and give her the level of support that she needs.

“If she does it again then she is the author of her own fate.

“But if she complies with the court I can say with almost certainty that she won’t get an immediate custodial sentence.

“The court has basically said to her ‘if you sort yourself out we won’t send you to custody’.

“The onus is on her and she’s very lucky to have this opportunity.

“If they defer sentence they are expecting her to go to the Priory and get herself sorted.

“On the face of it it is a serious drinking driving case – aggravated because there is a crash and there are drugs.

“It’s serious but the court obviously sympathises with her predicament as a single mum with a disabled child.

“She has been very open and candid with the police and the courts have said to her if you sort yourself out you won't go to prison.

“They are saying ‘it’s down to you doing what you say you’re going to do’. At the end of the day she is not a criminal, she is someone relying on substances to get through her life.

“Should the taxpayer pay thousands of pounds putting her to prison? What good is it going to do?

“What good is it going to do to her son?

“She should be applauded for her honesty albeit that she has committed three very serious offences.”

Mr Freeman – who has also defended David Beckham and Sir Alex Ferguson – said that Price could go to prison if she doesn’t address her issues.

“The court is leaning over backwards to help this lady sort her life out,” he explained.

“But if she doesn’t comply with the letter of the conditions – she may still go to prison.” 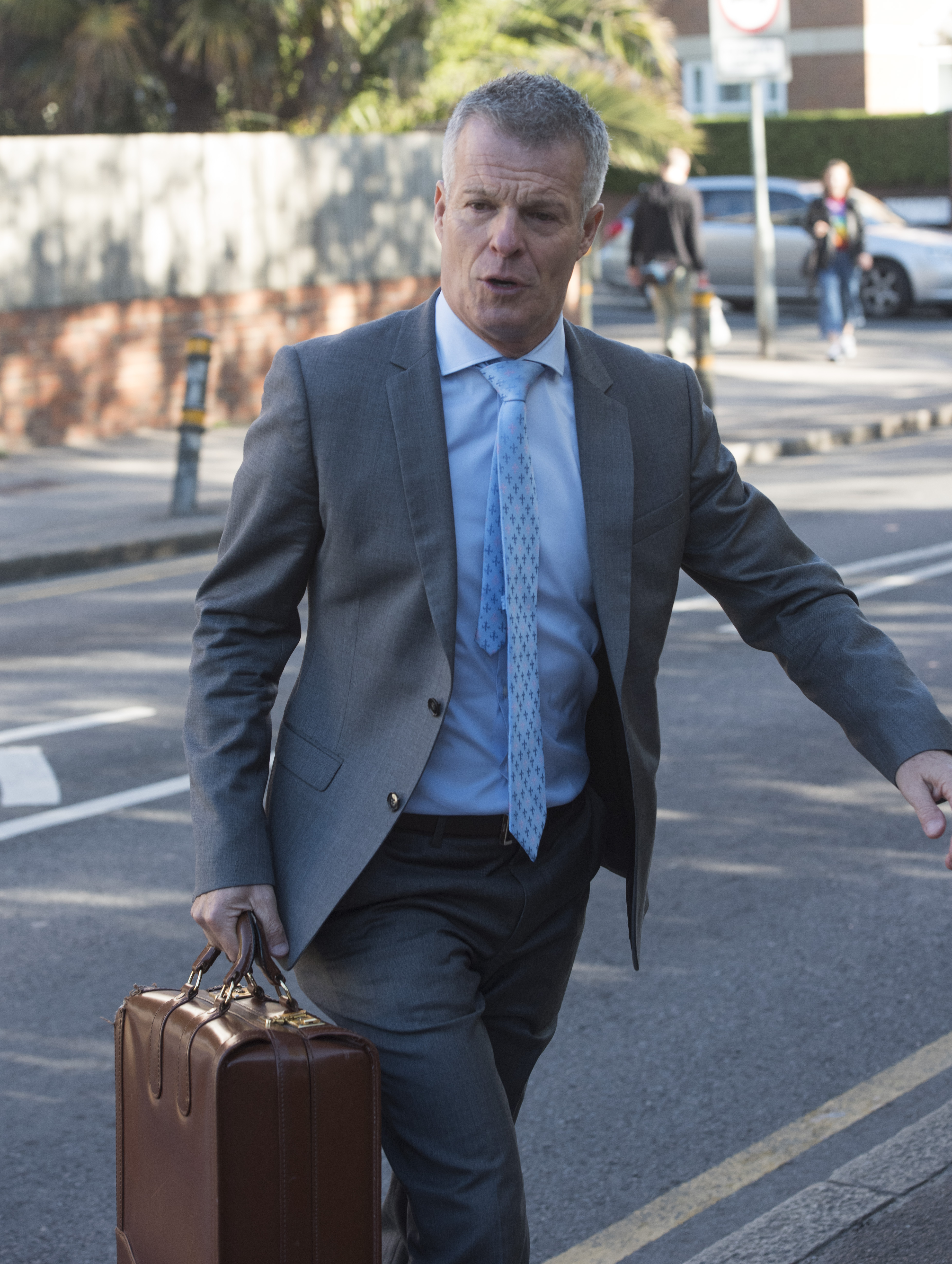