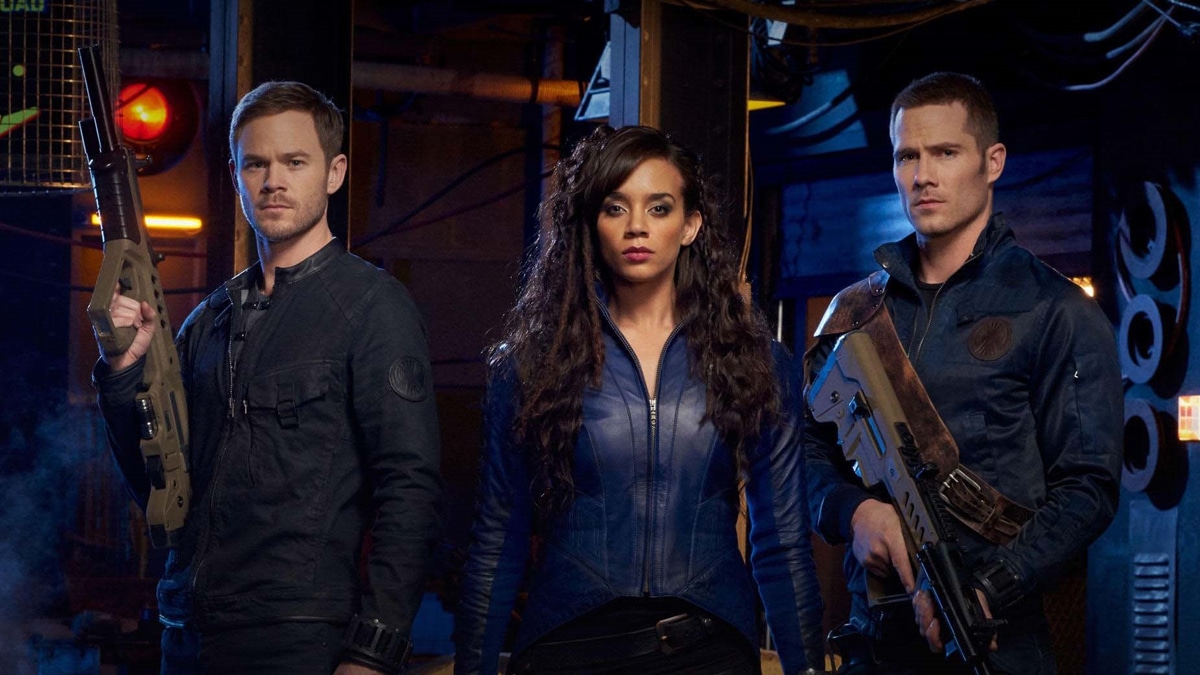 Killjoys Season 5 is coming to Syfy in 2019. Syfy announced the renewal of Killjoys for Seasons 4 and 5 just before the Season 3 finale aired on September 1, 2017. Syfy also confirmed that Season 5, the final season of the series, would return in 2019.

Although fans were disappointed to learn that Killjoys Season 5 would end the series, many were pleased that Syfy gave the show creators a heads-up that the show was ending. This gave them the opportunity to give the plot and storyline a proper ending.

Ahead of the return of Killjoys for Season 5, we bring you everything you need to know.

How many episodes will Killjoys Season 5 feature?

Killjoys is a space sci-fi drama series that premiered on Canada’s Space channel in October 2013.

The distribution is being handled by NBCUniversal Television Distribution.

On Rotten Tomatoes, Killjoys Season 4 scored an approval rating of 100% based on 5 reviews.

The main cast of the series is expected to return for Killjoys Season 5.

Killjoys Season 5 plot: What the show is about

Killjoys follows a team of three space bounty hunters, Dutch, John and D’avin, who work for an agency known as the Reclamation Apprehension Coalition (RAC) — aka the Killjoys — to execute arrest warrants across the system known as The Quad, which is on the brink of war.

The Quad system, located in the J Star Cluster, consists of a dwarf planet called Qresh and its three inhabited moons, Arkyn, Westerley, and Leith, all under the control of an interplanetary corporation which controls every aspect of the lives of the people.

Killjoys Season 3 followed the looming war in the J Star System, with the Killjoys scrambling to raise an army to fight off the offensive by Aneela and her Hullen crew.

In Killjoys Season 4, the trio is separated, with John, D’av and pregnant Delle Seyah Kendry, trapped in a space elevator, while Dutch is preparing to confront a formidable foe — The Lady.

Killjoys Season 5 will focus on the final battle with the evil force known as The Lady.