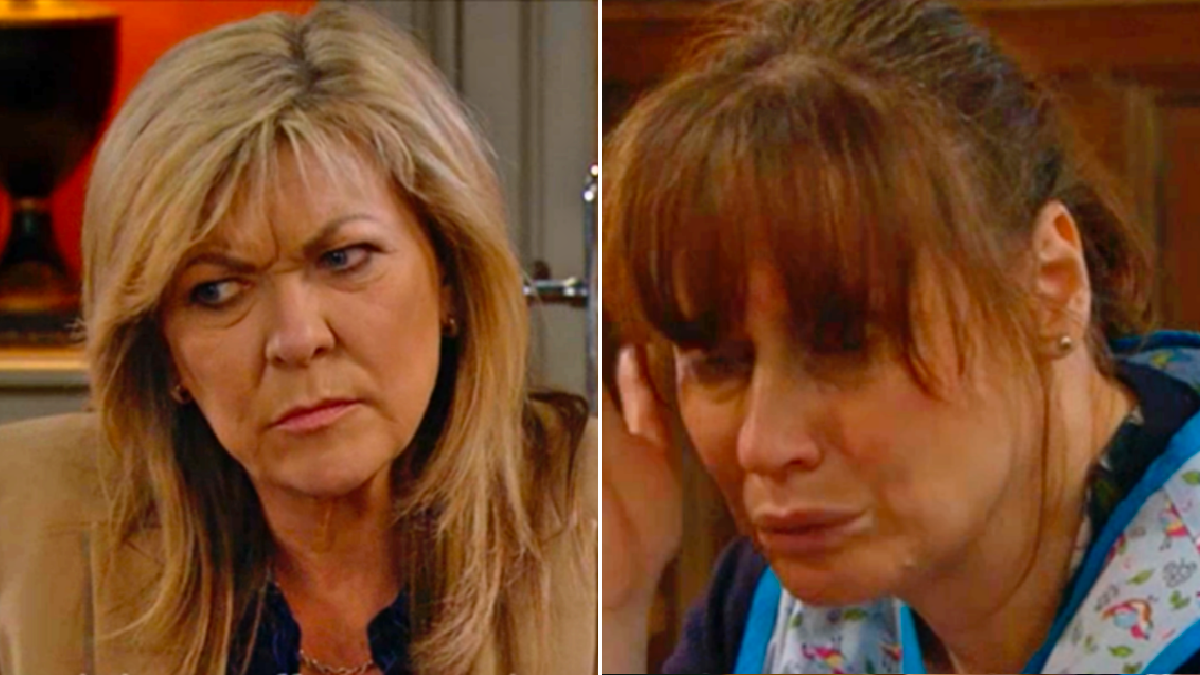 Emmerdale legend Kim Tate (Claire King) has at last realised that she’s being poisoned, after Lydia Dingle (Karen Blick) took a swig of the toxic brandy.

The stalwart of the ITV soap has been desperately concerned about her health in recent months, admitting that she hasn’t felt in control for quite some time.

She thought she was displaying signs of dementia, but later received a clean bill of health from the doctor – leaving her all the more confused.

Viewers know that the Home Farm legend is being targeted by a mystery enemy, who has repeatedly laced her brandy with a toxic substance.

Kim, meanwhile, hasn’t got a clue, but she has started to question all those around her in the wake of Gabby Thomas’ (Rosie Bentham) huge betrayal.

Her paranoia spiralled out of control in tonight’s double-bill (May 27) – to the point where she didn’t feel safe in her own home.

With a brandy in one hand and a shotgun in the other, the soap icon fired a gun in the direction of Bernice Blackstock (Samatha Giles)!

Lydia, meanwhile, was delighted to learn that Samson (Sam Hall) was not being permanently excluded from school, following his display of violence.

The popular character was so overwhelmed that she broke a glass while working up at Home Farm, and subsequently burst into tears.

Kim, having grown quite fond of Lydia, offered her support in the wake of her tough time, and handed her a glass of brandy to take the edge of.

Lydia, however, was soon unable to think straight, and Kim put two and two together, realising that her cleaner is now displaying the same symptoms she herself has had for months.

‘You’ve just described exactly how I’ve been feeling’, said Kim, before eyeing the bandy decanter, ‘and know I think I know why.’

Kim is at last aware of the fact that she is being poisoned. The question is: will she now make it her mission to work out who is responsible?

Emmerdale continues Friday May 28 at 7pm on ITV.