Holly and Phil left dumbfounded by 'Spin to Win' disaster

As Phillip Schofield and Holly Willoughby hosted the famous This Morning game, which sees viewers given the chance to win prizes by participating if they answer the phone with the correct passphrase, they weren’t having very much luck. Thursday’s episode saw a couple of entries failing to answer, while a few picked up the phone but said “hello,” to which the ITV hosts were forced to hang up. By the time the last caller answered incorrectly, Phillip lost his patience and told her to “stay on the line” to rant about her mistake.

As numerous fans failed to pick up the phone or answer correctly, Phillip and Holly were growing frustrated.

“We will have to roll it over to tomorrow’s,” Phillip commented. “We haven’t had to do that for a while.”

He added the unfortunate round of calls could be due to the fact they started Thursday’s game “earlier than usual”.

In one last-ditch attempt to find a contestant, they allowed one more number to be dialled. 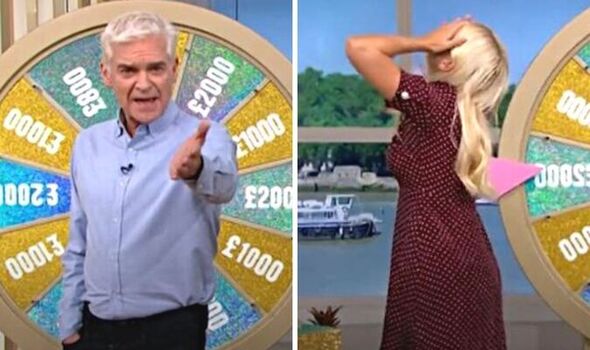 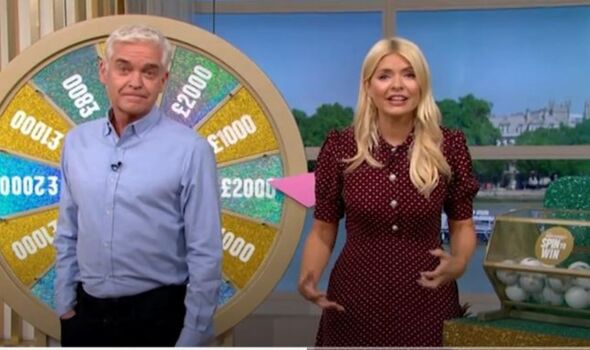 As it began to ring, Holly asked viewers: “Is this your phone?”

“Hello?” A voice answered, to which Phillip yelled: “No!” while Holly threw her hands to her face.

“No!” Phil repeated angrily. He lifted his arm to point at the camera and asked: “Who is that?!”

He ordered: “Stay there! Stay there. Debbie?” Holly complained: “Debbie!” 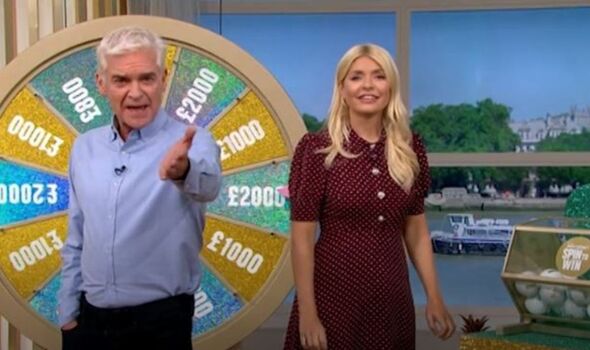 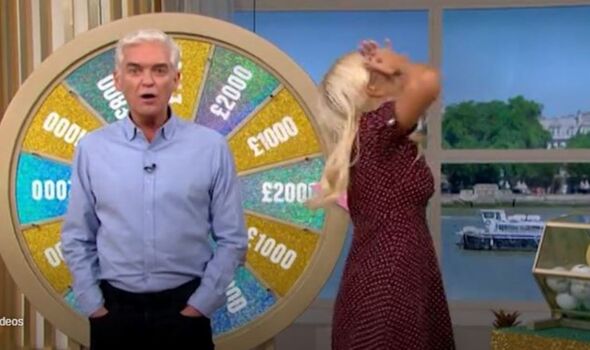 “Debbie?” Philip repeated once again, exasperated. Debbie released who she was talking to and commented: “Oh!”

Taking a stab at the password, Debbie started yelling an old phrase previously used in the game.

“No!” Phillip replied harshly. He lectured: “That’s not even the passphrase!”

“Oh no!” Debbie cried, adding sadly: “I’ve waited so long to get through!”

Phillip hit back: “Sorry, you know the rules!” Before Holly added: “Bye, Debbie!”

It comes after the presenters faced a huge backlash earlier in the week for giving away Spin to Win prizes that would cover a month’s worth of energy bills.

Many viewers complained to the show that the edition of the game show was “dystopian”.

On Wednesday, the revamped game was dropped and the original Spin to Win returned.

This Morning airs weekdays from 10am on ITV.