The 39-year-old reality star was inspired by her model half-sister after she braved the heavy snow to pose outside in a metallic pink bikini on Saturday. 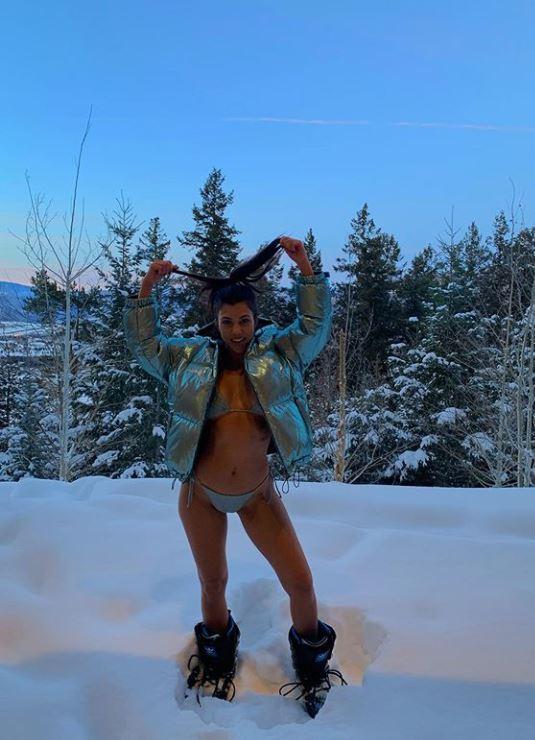 Hours later, Kourtney had copied the 23-year-old, donning a silver metallic two piece to show off her toned body from various angles.

However the mother-of-three wasn't quite as brave as Kendall, as she added a metallic puffer jacket to her look, while her sibling only had a furry hat to keep her warm.

Standing in a pair of ski boots, Kourtney held her ponytail up in the air as she stood in front of snow capped trees, before using the hood for a second shot and then turning round to show off  her bum in her thong bikini bottoms for the third snap.

She captioned them: "Copied Kendall." 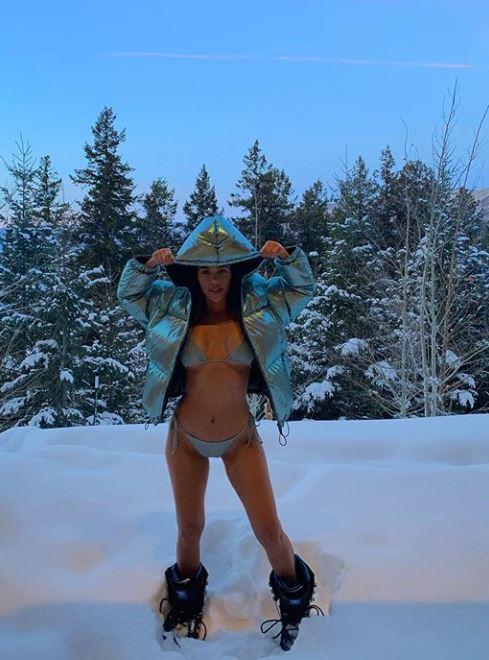 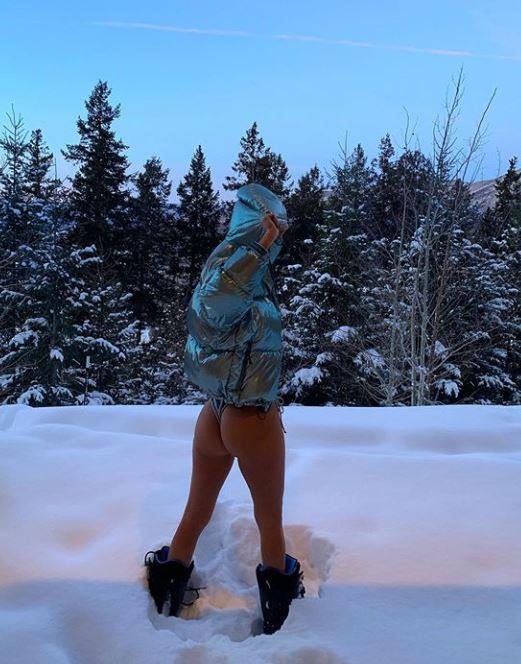 Kourtney's fans were loving the sexy snow shoot, with one writing: "This is amazing".

Another added: "You are so beautiful" while a third agreed, writing: "Kourtney is a gem, that a** is perfect."

Kendall had previously braved the sub-zero temperatures to show off her model physique in the skimpy pink two piece.

As the sun set over the mountains, the model posed with a cup in one hand and a big furry hat on her head. 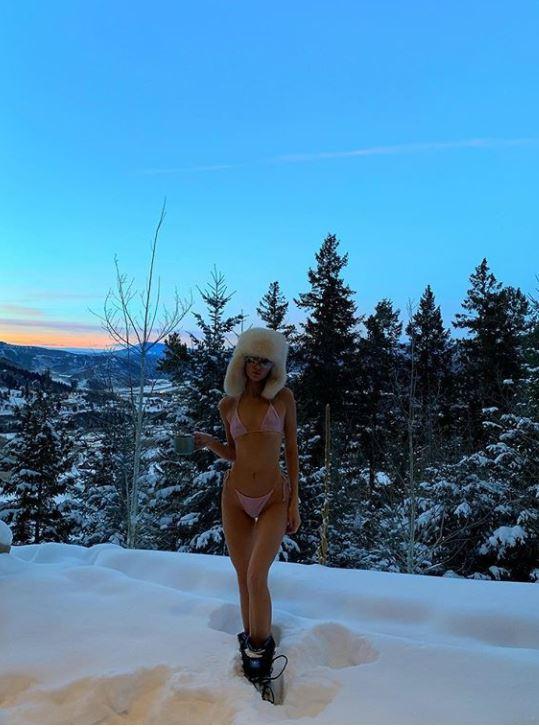 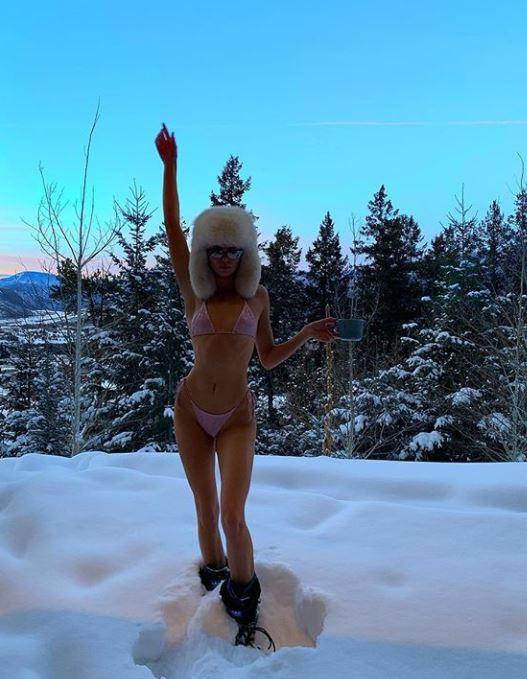 With a pair of shades covering her eyes, she captioned her two pictures: "F*** it's cold."

However, her mum Kris Jenner horrified and wrote in the comments section: "get inside and put some slippers on!”

However, sister Khloe, 34, was more complimentary, writing: “Hi my name is Khloe Kardashian and I have an addiction to Kendall Jenner!!”