The Duke and Duchess of Sussex announced the birth of their second child, a baby girl who was born on Friday (June 4) morning, revealing her name is Lilibet Diana. Susanna Reid and Richard Madeley hosted a debate about the new baby’s name on Good Morning Britain but, many ITV viewers were left angered by the discussion.

Lilibet “Lili” Diana Mountbatten-Windsor was born on Friday morning in a hospital in Santa Barbara, California.

In a statement on the Duke and Duchess of Sussex’s website, they revealed both mother and child are healthy and well.

Harry and Meghan said they named the baby Lilibet after the Royal Family’s nickname for the Queen, the baby’s great-grandmother.

Similarly her middle name, Diana, was chosen to honour her “beloved late grandmother,” the Princess of Wales, the statement said. 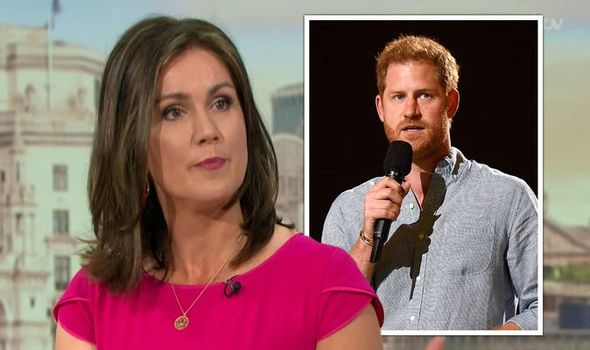 On Monday’s Good Morning Britain, a debate took place about the name Harry and Meghan chose for their daughter.

But, this on-air debate angered ITV viewers with many taking to Twitter to plead with the show to leave the couple alone.

One viewer wrote: “GMB criticising Harry for calling their daughter Lilibet. Firstly for giving her an informal name, and secondly because they don’t know if he asked the queen first or not.

“#GMB Why can’t @GMB just say congratulations to Harry and Meghan and leave it at that. Most people do exactly the same when naming a baby its nothing new British media and TV like blow things way of proportion the issue not that deep its name,” another agreed. 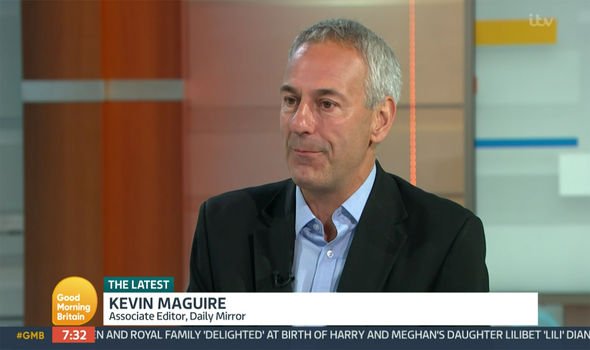 A number of viewers urged Good Morning Britain to leave Meghan and Harry alone and stop reporting on their personal life.

“Seriously @GMB – the story you are going with is “Did Harry ask the Queen permission to use her nickname”? Can you just not wish them well and leave them alone? #GMB” one viewer tweeted.

Another fan agreed, adding: “#goodmorningbritain #GMB no matter what #HarryandMegan does even naming there beautiful girl they can’t get peace to do it any wonder why they left !”

Meanwhile other viewers weren’t happy with the couple’s choice of name, with many suggesting it was inappropriate.

“Quite astounding they throw the royal family under the bus and then take personal nicknames in tribute to them. Baffling really #gmb,” one viewer posted.

During the debate, Susanna questioned whether the couple may use the name Lilibet for other things in the future.

This comes after the couple named a charity organisation the Archewell Foundation, after their son Archie.

Presenter Susanna said: “Is it churlish to ask any questions behind the motivation of the naming of this new baby?”

Journalist Kevin Maguire replied: “I thought they might call the baby Oprah having been such a great success recently.”

However, Kevin did highlight that the name was a nice gesture from the couple to the Queen.

“It’s quite nice isn’t it? If you’re going to name your baby after the great grandmother,” he added.