Host Ben Shephard was on hand to help two new quizzers on Saturday afternoon’s  Tipping Point: Best Ever Finals, where the special episode relived some of the greatest final moments from the ITV game show. However, it was second contestant Len Goodman who shocked Ben by just missing the jackpot prize.

On a special episode of Tipping Point, titled Best Ever Finals, the ITV show reran some of the greatest final moments ever from the quiz show.

Host Ben Shephard welcomed former Strictly Come Dancing judge Len Goodman, who got frustrated at the machine for not going his way.

“Next up, it’s Strictly star Len Goodman, who was hoping to waltz away with a £20,000 jackpot,” Ben began saying.

“When we joined the game, the machine is refusing to follow Len’s lead.” 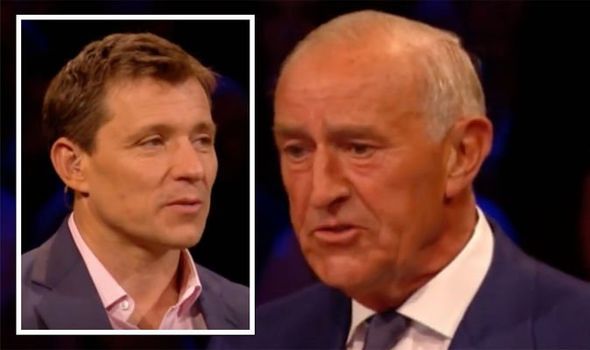 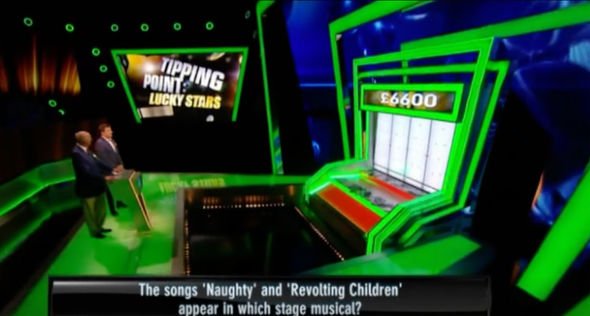 “We need the ones in front of the jackpot counters to get out of the way,” Ben told Len, sensing he wasn’t happy with the result.

Len’s current prize pot was at £4,800, which he was playing for charity.

Ben responded: “The money is going up brilliantly”.

Len had four remaining final categories, which were television, sport, nature, and musicals. 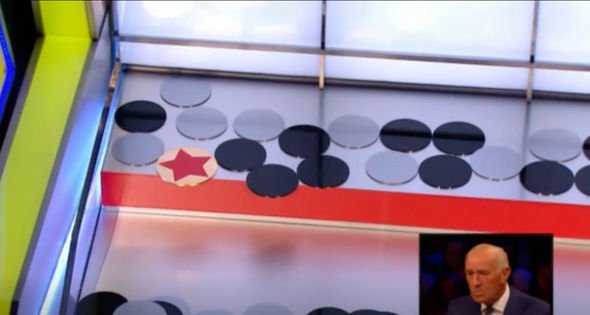 Len chose television for three counters, and the question was: “Which Welsh actress played chief Yellowcoat Gladys Pugh in the TV series ‘Hi-de-Hi’?”

The options were between “Ruth Jones”, “Ruth Madoc”, and “Catherine Zeta-Jones”.

The dancing legend correctly responded “Ruth Madoc”, which earned him all three counters to play.

However, Len kept getting frustrated at the counters just missing the jackpot coins.

“This is a tantalizing teaser,” he exclaimed.

As another counter dropped, Len wasn’t hopeful, “I don’t think that it [the counter] is going to do a lot,” though, he was surprised when he got £100, adding: “That’s lovely”.

Len prepared for another counter and joked: “What I’m going to do this time is press it [the buzzer] with my legs still”.

The game continued and Len earned another £300, and Len tackled the next question about sport for three counters.

As his next few counters dropped, they kept missing the jackpot coins, and Len remarked “you little blighter” and “it keeps doing that,” referencing the counters moving around the coins.

As he moved on to the next question, Len didn’t appear too pleased to be asked about nature, however, the former judge answered the question correctly.

His next counters fell and, once again, missed the jackpot coins, and he exclaimed: “Why would you do that to old Len?”

Though, Len was slowly able to build his cash pot with lower offer coins and he explained he was very “pleased” with the amount of money.

One of his last counters almost tipped the jackpot coin, leading a frustrated Len to remark: “Why me?”

Len eventually rejected Ben’s bonus offer and walked away with £6,900 for his chosen charity, and he revealed that he would add £100 to the fund to make it an even “Seven!”