The wordsmith, who has penned all of the Line of Duty series, along with The Bodyguard, labelled a tabloid journalist a ‘c**t’ for allegedly writing ‘lies’ about actor Martin Compston’s supposed contract renewal.

Uploaded on the publication’s site, the article addressed the rumours that Scottish star Martin Compston “has been offered a new two-series deal to play DS Steve Arnott in the hit cop drama”.

The article went on to reveal the writer is “desperate” for Martin Compston to sign on the dotted line following the highly anticipated finale due to air on Sunday.

However, contrary to the article, Jed shut down the claim, branding it a “lie”.

The post read: “This story about Martin Compston by Stuart Pink is a lie.

“We’ve told you it’s a lie. You’ve printed it anyway.

“I’m not writing Series 6 let alone Series 7. The only thing I’m desperate to do is tell people what a c**t you are.” 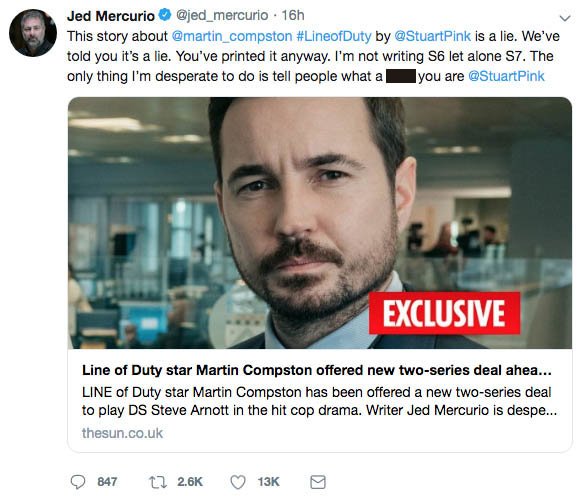 A BBC spokesperson confirmed the news to HuffPost UK, and revealed they have made no signings.

They said: “No offers have been made to any cast for the next series of Line of Duty.”

The highly successful police drama will come to a close on Sunday as viewers at long last will discover who is bent copper ‘H’. 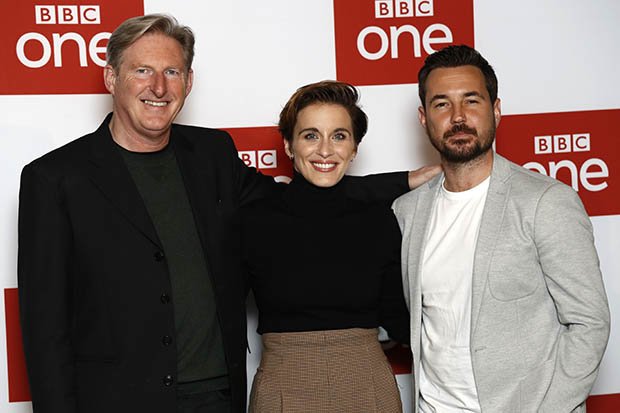 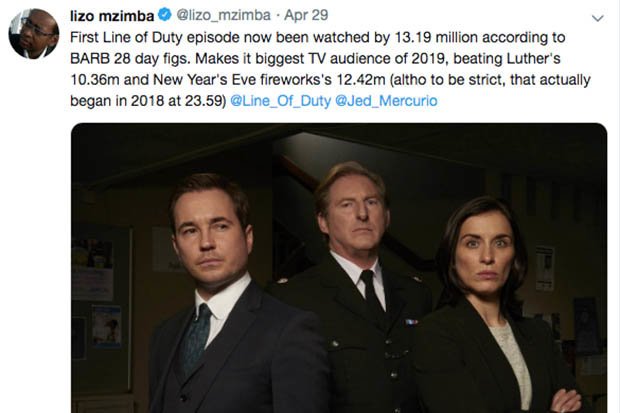 After smashing records last week, with 8.4 million tuning in for the penultimate episode, many people are settling in to watch the first series again.

TV Journalist Lizo Mzimba took to Twitter to reveal Line of Duty’s first episode has pulled in even more viewers.

No doubt the show’s finale will be a thrilling ride.