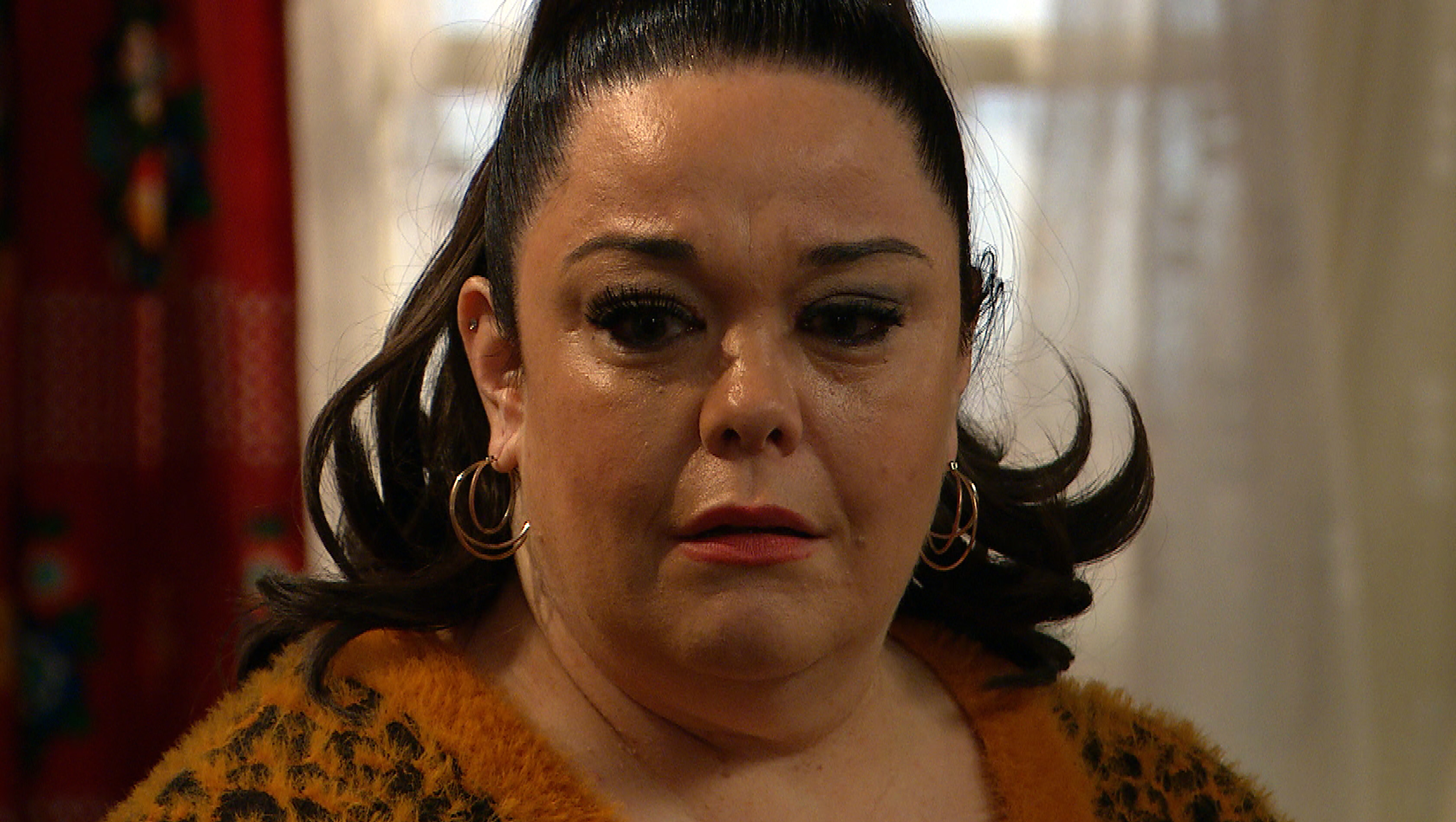 Upcoming episodes will see Connor turn up at the scrapyard and Paul scramble to make excuses, knowing he’s short on the amount of money he owes him.

As Connor warns his time is up, he brandishes a metal bar and Paul’s left fearing for his life. Mandy receives a voicemail from Paul telling her he’s in trouble and she rushes to meet him and is stunned to see Connor pull up in a van and violently kidnap him right in front of her.

Connor demands Mandy pay £4K in ransom by tomorrow if she wants to see Paul alive again. With everyone short on money, Mandy and a distraught Vinny (Bradley Johnson) struggle to round up the money. The next day, after managing to raise a grand, they request more time, but the kidnappers respond that they pay the full amount in a layby tomorrow. Vinny’s distressed but Mandy swears she’ll get Paul back.

Lisa Riley explained how during these dramatic scenes, she had to halt filming! But why? Was it because she felt unwell? Did she need to run a scene again? Did she forget her lines? Oh, no…Lisa had to stop filming…to save the life of a worm!

‘I didn’t want to stand on a worm and so I stopped filming. Mandy throws something – and I wanted to cover it from all angles so I didn’t hit the worms!

We had all the lads on the set – I had this whole week with Mandy and all the boys!’