Michael Landon assembled a cast of actors from various backgrounds when he launched Little House on the Prairie in 1974. Karen Grassle co-starred with Landon in the historical drama and recently released a memoir describing her experience on the show. The Little House alum singled out one cast member in particular for which she had a particular fondness.

Grassle had a theater background before Landon recruited her to play his onscreen wife, Caroline Ingalls. In her book, “Bright Lights, Prairie Dust“, she recalled meeting her fellow cast mates who played the townspeople of Walnut Grove, where the series was set.

“Just as Ma was glad to have moved near a community with a church and school, so I was happy to see the arrival of other adult actors – colleagues,” Grassle wrote. “As the leading lady, I felt a responsibility to meet them graciously, to extend a hand and a smile as if I were the hostess of a party.”

Describing the characters in the Little House community, Grassle noted how each co-star had a specific skill set which added to the richness of the show.

“The civil authority was represented by Mr. Hansen (Karl Swenson), the owner of the mill and Pa’s first employer,” she recalled. “Our spiritual guide was Reverend Alden (Dabbs Greer) who led us in sermons and simple morals. … The school was held in the church by the pretty and compassionate teacher, Miss Beadle (Charlotte Stewart).”

Karl Swenson had an impressive resume before ‘Little House’

Grassle went on to give the background of other Walnut Grove members including Doc Baker (Kevin Hagen), Nels Oleson (Richard Bull) and his wife Harriet (Katherine MacGregor), and how each co-star came with plenty of experience.

“The actors, every one of them, were superb professionals,” she wrote, pointing out Swenson’s pivotal role. “Mr. Hansen was the first Walnut Grove character introduced. Karl Swenson looked exactly as he should for the older Swedish man with a tidy gray mustache and twinkly eyes. As the founder of the town, he carried authority, and Karl, as the most seasoned of us, and the most intellectual, was a natural.”

Swenson’s resume included everything from radio to film to theater. His long list of credits included appearances on The Untouchables, Perry Mason, The Andy Griffith Show, and Bonanza. Swenson made an immediate impression on Grassle.

“He had been working since the 1930s on Broadway, on radio, and in films and TV and had had many long runs,” she revealed. “Of all the wonderful supporting players, Karl was my favorite.”

Karen Grassle and Karl Swenson were on the same political page

Grassle remembered hearing Swenson on the radio when she was growing up and felt an instant kinship when she met the actor.

“In childhood, I fell in love with his voice when I listened to radio plays and the other programs he starred in,” the Little House star explained. “I was buoyed by Karl’s days on the set. He was forever learning, was interested in everything.” 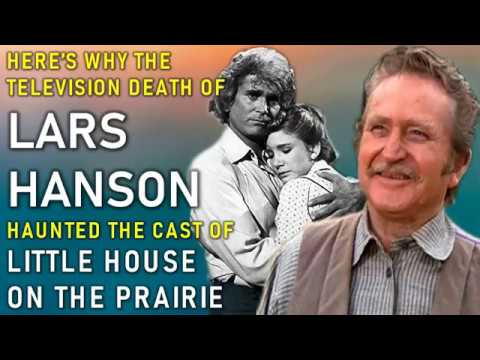 The co-stars shared the same views and even political perspectives, and Grassle relished their time together.

“I could always count on him for stimulating conversation,” she remarked. “We had fun talking politics – probably because we agreed. The two of us were liberals in a sea of conservatism.”