Loose Women continued today on ITV with Christine Lampard, Stacey Solomon, Kéllé Bryan and Carol McGiffin, who were joined by Katherine Jenkins and Louis Theroux. However, Carol went on a rant today as she joined the show live from her home, berating the fact that she was being asked to wear a face mask when out and about to prevent the spread of coronavirus.

This gave England the most freedom it had had in more since it was placed into lockdown back in March.

With this freedom brings a new level of responsibility to those who want to be going out and about again, and everyone has been urged to wear a mask to protect others.

The Loose Women were talking about how UK citizens should be acting now the peak of the coronavirus pandemic is over, especially in situations like at a doctor’s surgery.

Carol slammed actor Tom Hanks on today’s show for trying to convince people to wear masks when out and about. 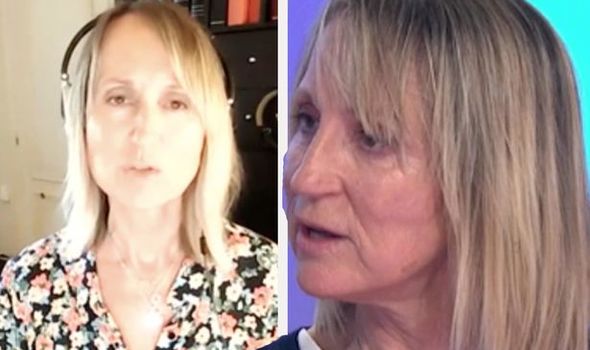 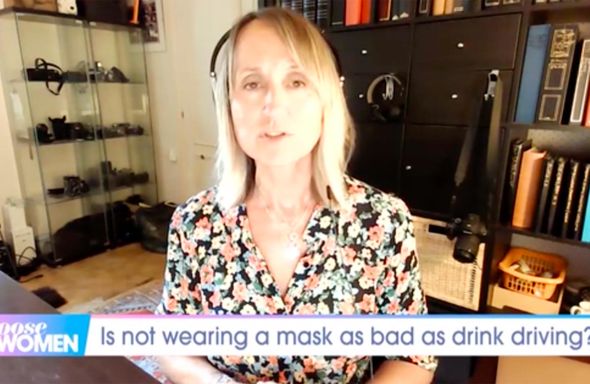 Tom Hanks and his wife Rita Wilson both contracted coronavirus earlier this year, so they both have first-hand experience, but Carol was having none of it.

The actor recently came out with a video saying that he “loses respect” for people who refused to do ‘the minimum’.

“But to say ‘I’ve lost respect for someone because they choose not to do something’ that everybody else is doing.

“I mean I know it’s not a choice in a lot of situations – I will go out of my way to not wear one because I think they’re invasive and they’re uncomfortable. 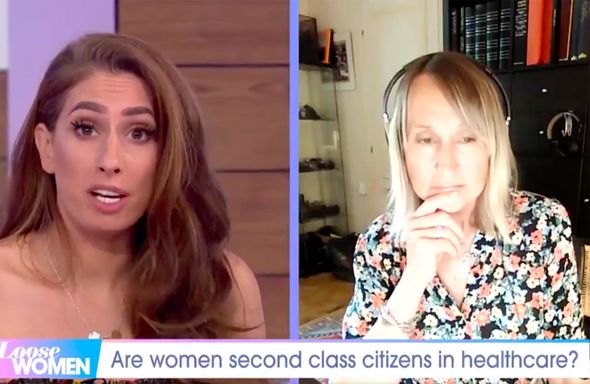 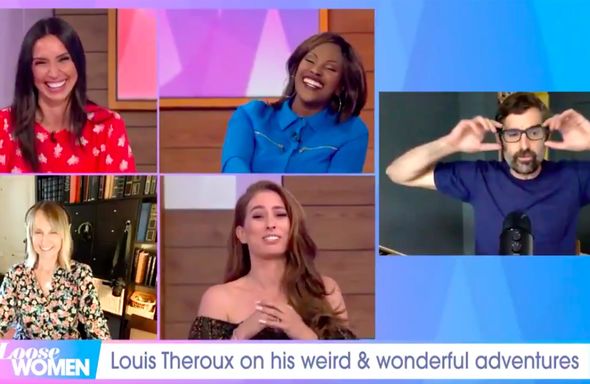 “I have my theories about all sorts of things about this virus and the masks, but not for airing now, but I do think that sometimes these things happen, and everybody gets used to it, and then it just happens forever.

“Where does it end? Where do you stop? When do you stop wearing the mask?

“Because as I said before the virus isn’t going away, it’s not gone anywhere and there’s not going to do a vaccine for a hell of a long time.

“So when do we stop wearing those masks or do we always have to walk around with our faces covered? I find it a real invasion of my space.”

As viewers know, masks are to protect others and to prevent the spread of the disease which has killed more than 44,000 in the UK alone.

However, Kéllé quickly interrupted: “Carol, we stop wearing a mask when it becomes safe to do so.

“I mean, Tom Hanks actually had coronavirus, so he’s speaking from a place of being impassioned from personal experience and speaking from what he inspired us to do, in terms of the general public.

“So you’ve kind of got to weigh up the pros and cons.”

Carol hit back: “What you’re assuming is that everybody is dangerous, it’s like you’re looking at other human beings and people are not being human anymore.

“They’re actually looking at everyone as though they might actually kill you.’

“I just think people saying to me that “it’s the least you can do”, It’s not about that it’s about much much more than that, and accusing me of being a selfish murderer, more or less for not wanting to wear one. It’s just got out of hand.”