The Apprentice boss poked fun at himself in response to a tweet that connected the businessman to the EastEnders actress. 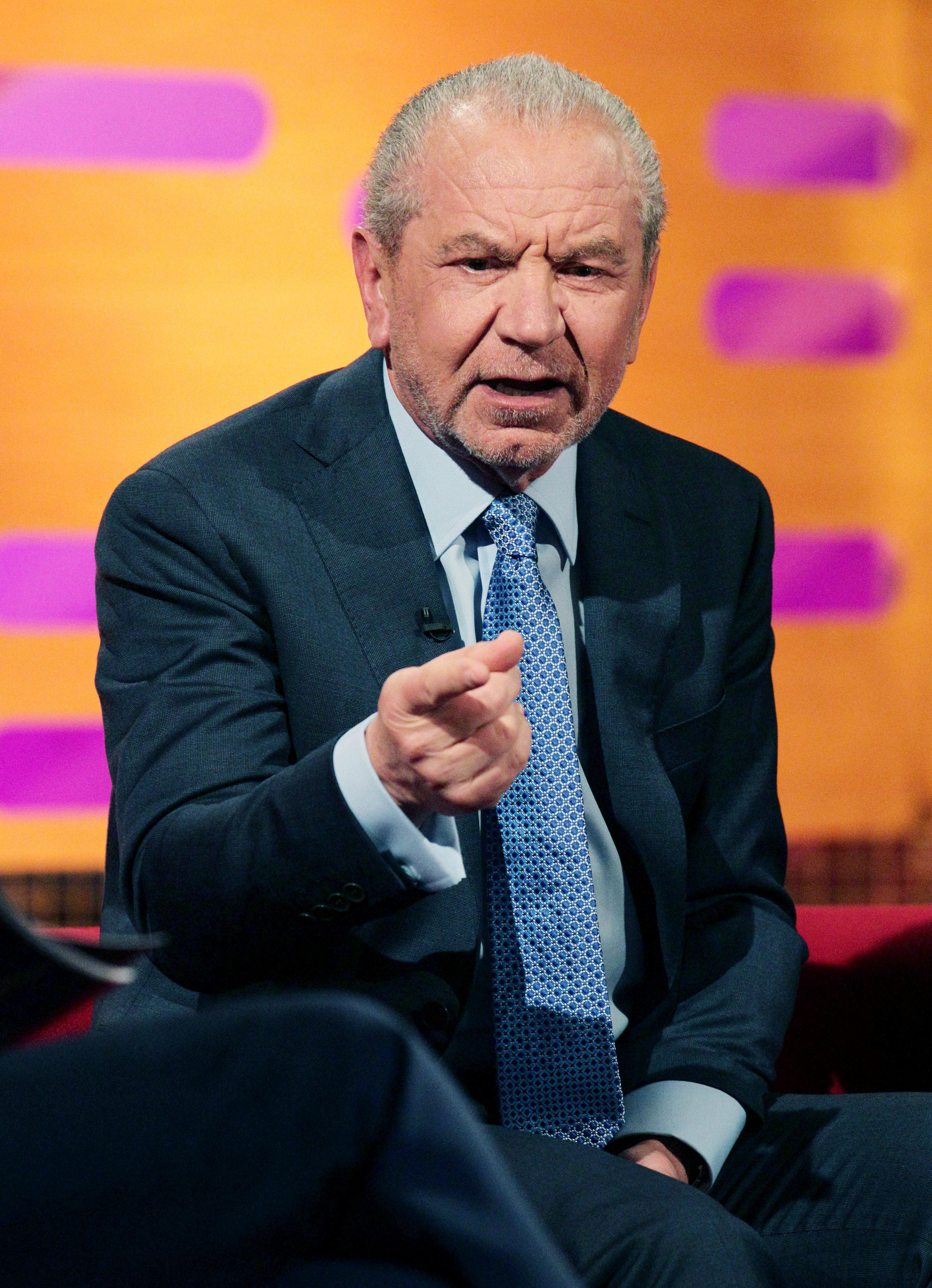 Lord Sugar responded to Rita's, 41, official account tweeting: "Hands up if you was this many years old when you found out @OfficialRita was the niece of Lord Alan Sugar #TeamRita #I'mACeleb."

The British magnate joked: "That is maybe why the public voted her out. It might be my fault" as her tweet pointing out their relation came just hours before she was given the boot from the jungle.

Rita made the shock revelation to her fellow campmates on last night's show.

Sitting around the fire with Emily Atack and Harry Redknapp, Rita said: “ I never wanted to be famous, that was never my intention.

"My intention was to be an actor and performer which is what I do.

"And how on earth can Alan help me?”

Emily interrupted: “ Is this Alan Sugar? I only found this out the other day…So you’re his niece.”

Emily reassured her: “ Honestly until I came in here I didn’t know.” 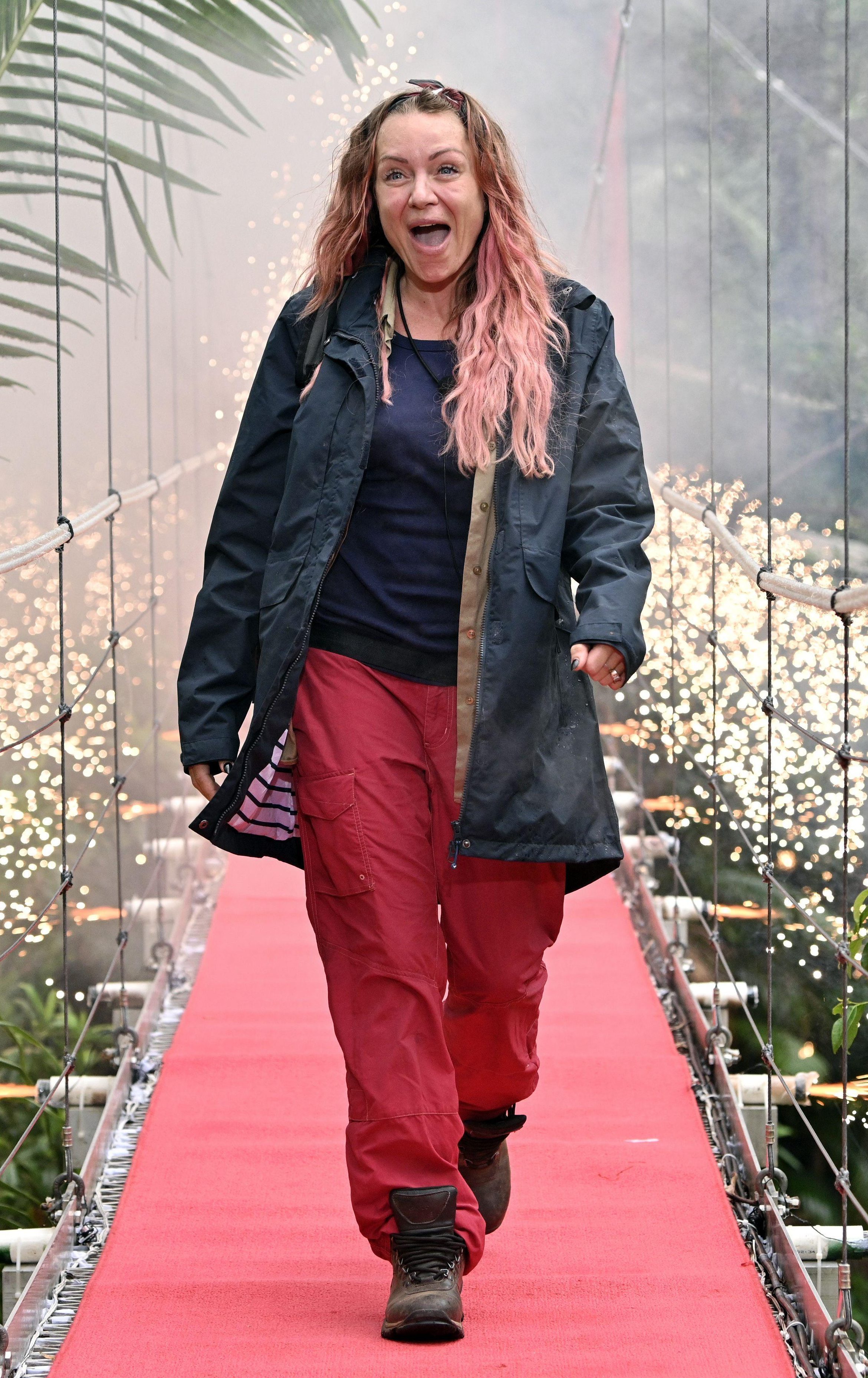 Rita continued: “So many people said did you get your job on EastEnders… No I bl**dy auditioned for four weeks.”

And after doting uncle Alan posted his tweet, fans flocked to tell him he must be "so proud" of her for her stint in the jungle.

Some took his joke literally with one replying: "I'd hope the British public are not that shallow as to vote her out because she's your niece… 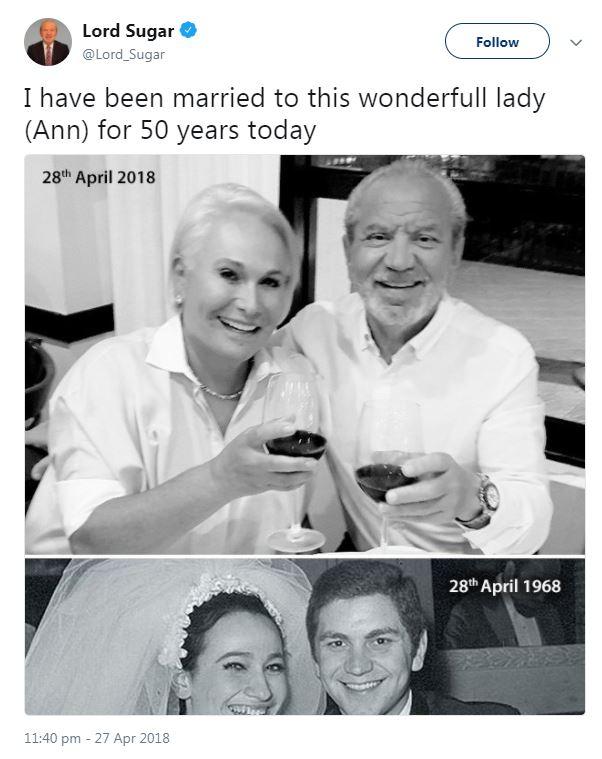 "But good on her for never having advertised the fact before now, I never knew. "

While another wrote: "Don’t worry we all knew she was your Niece Lord Sugar! I’m sure you are very proud of her."

One user – who was clearly a fan of the actress – tweeted: "She was absolutely amazing… you can be nothing but proud.

"What a talented and inspiring person.

"She didn’t inherit the pink hair from you though but I hope a spurs fan.

Rita Simons, 41, is the niece of the billionaire through her father.

Lord Sugar's wife Ann Simons, who he married in 1968, is the sister of Rita's dad Mark.

Last night Rita rocked the camp following her shock departure as the star became the fourth celeb to get voted out.

The actress followed in the footsteps of former jungle leader Noel Edmonds and actor Malique Thompson-Dwyer, who were the first and second celebrities to get the boot.

And the night before Rita's departure, it was Coronation Street actress Sair Khan, 30, who was voted off, leaving just a handful of stars in the jungle camp as the final draws near on Sunday.

Listen to new podcast Jungle VIP, talkRADIO’s cheeky, no-holds-barred take on the action Down Under. Hosted by Jamie East with daily guests, including former campmates and celeb reality TV fans the gang will dish the dirt on the REAL behind-the-scenes gossip. Read more here.