BBC Breakfast this morning had a number of talking points to keep BBC One viewers entertained. From Dan Walker’s interview with the Health Secretary Matt Hancock to weather presenter Carol Kirkwood having to pull presenting duo Dan and Louise Minchin up on an awkward mistake, it’s fair to say today’s edition didn’t run as smoothly as normal. And it only took a few minutes into proceedings for Louise to be left red-faced after calling co-host Dan the wrong name.

As per usual on BBC Breakfast, Dan and Louise had a rummage through today’s papers to share their thoughts on some of the other stories not making the front pages.

Louise became particularly animated by a few photos she spotted in one of the papers and was keen to share with Dan.

“I want to show you a couple of pictures actually,” Louise began.

The TV presenter continued: “This is an extraordinary picture, it’s in China,” 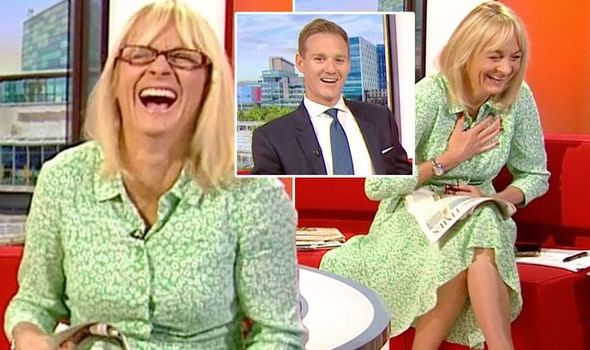 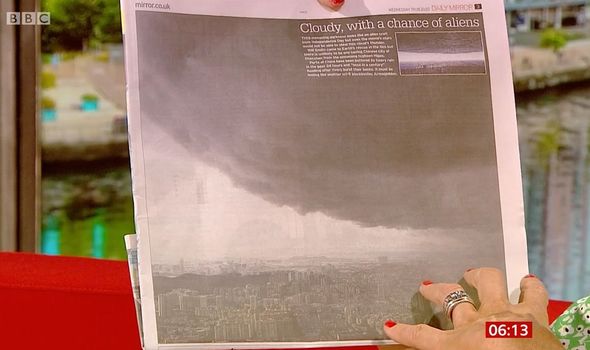 She added: “It’s a large city in China and it looks like something out Independance Day, doesn’t it?

“This enormous, ominous-looking cloud, as parts of China (were) apparently battered by heavy rain in the past 24 hours,

“And doesn’t it look a little bit like Independance day, I love that film.” 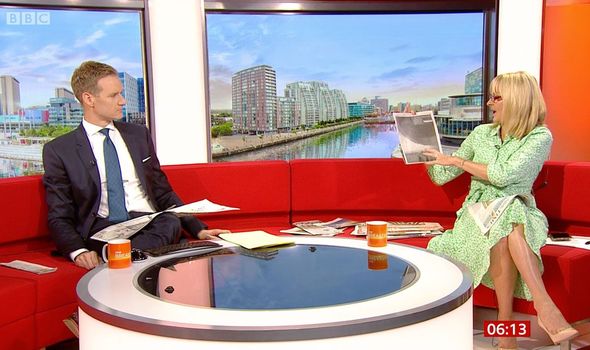 Spotting the error of her ways instantly, Louise said: “John? Why did I call you John?”

Equally perplexed, Dan replied: “Did you call me John?”

Unable to control her laughter, Louise began clutching her chest with Dan too seeing the funny side of the error.

“Literally no idea why,” Louise said as she addressed her blunder.

Dan then revealed it wasn’t the first time he’s had his name mistaken for another.

“I sometimes get Matt, I don’t mind John,” he joked. “Thak you, Gertrude.”

The BBC Breakfast pair then returned to the papers as they managed to get the show back on track following the disruption.

However, a few hours later, weather presenter Carol had to pick the two up on a huge timing blunder.

As the show approached the 8:26am mark, Louise tripped over her words once again.

She told viewers it was actually 6:26am before quickly correcting herself.

However, Dan was keen to keep the joke going and cut to Carol telling her it was the wrong time.

Carol stepped in to give viewers the right time to the second.

BBC Breakfast continues every day at 6am on BBC One.