LOVE Island fans have claimed they spotted the moment Haris Namani tried to start a "physical fight" in the villa.

Viewers were certain it was going to come to blows after one of the villa boys branded the star "childish". 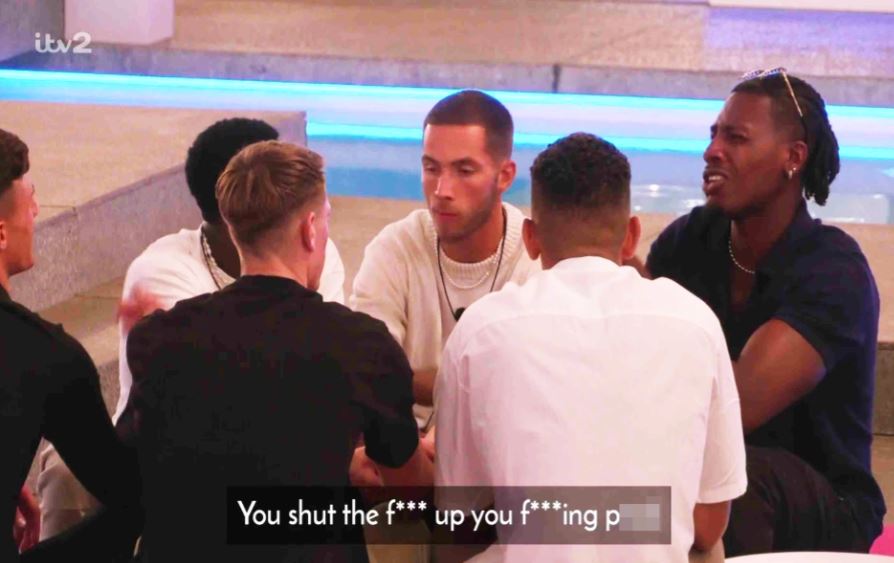 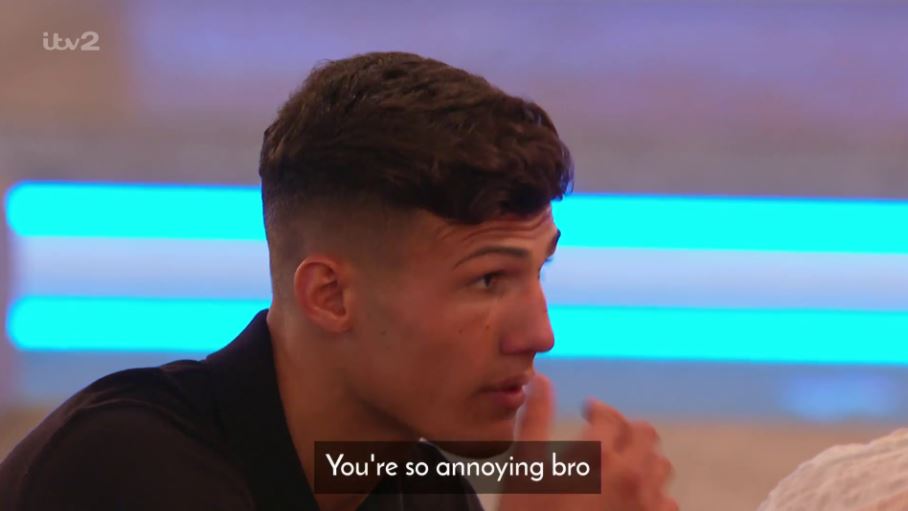 Last night, Haris Namani was left out of much of the episode as The Sun revealed footage of him in a street brawl.

Fans pointed out that Harris, 21, was missing from the action as Olivia Hawkins and Zara Deniz Lackenby-Brown rowed.

A source revealed the old fight footage – taken last May after a night out in his home town of Doncaster, South Yorks – was first shared on Snapchat.

But now, fans think they have spotted the moment that Haris almost came to blows with another Islander. 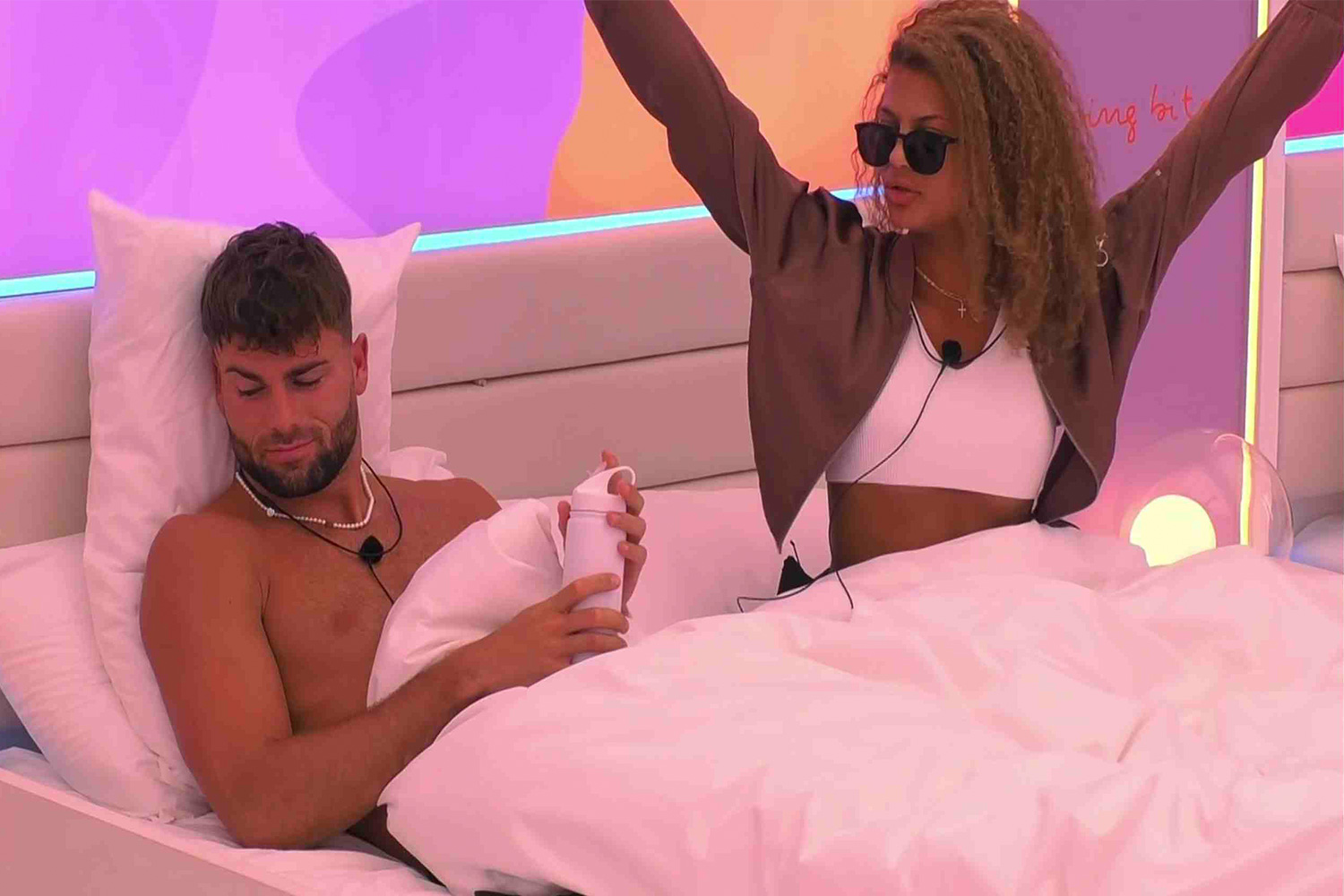 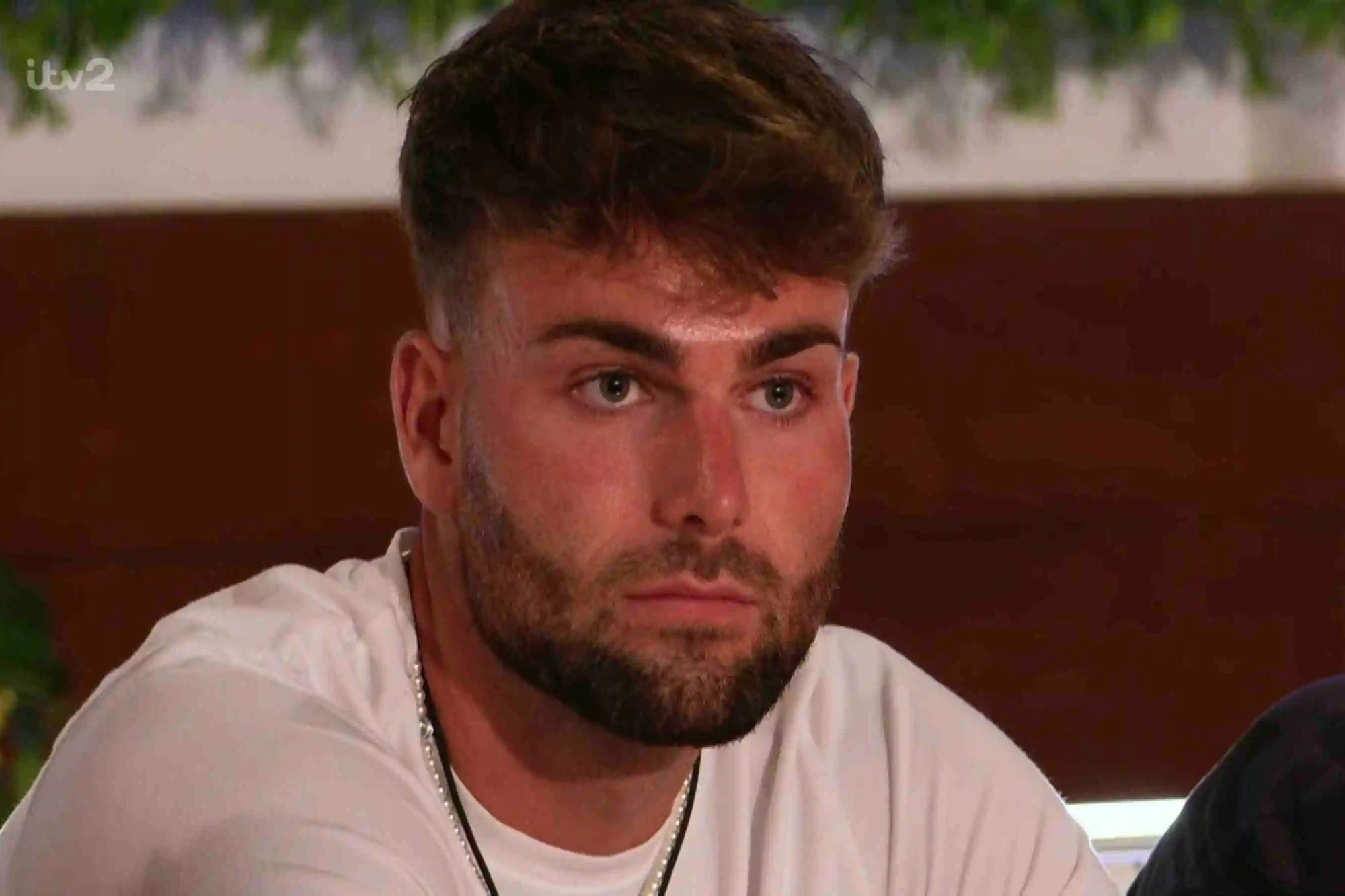 It descended into a war of words between the pair, as Shaq, 24, angrily called his co-star "childish".

"You're so annoying bro. You do this all the time," Shaq shouted, as Haris quipped back: "Shut the f**k up."

Jumping to his feet, Haris shouted: "Don't speak to me like that," and as Ron pulled him away, Shaq retorted: "I'll speak to you however I want."

Fans have admitted they think that Haris was trying to spark a "physical fight" with Shaq, before he was pulled away.

One wrote to Twitter: "Haris wanted a physical fight because he was called a s**t stirrer after blatantly s**t stirring."

Another chimed in to agree under the tweet: "Haris knew what he was doing. His immaturity is showing."

"Yep. Haris was trying to start s**t," a third wrote, as a fourth said: "Shaq and Haris were getting ready to fight each other."

Tonight, Love Island fans will see the moment before Haris Namani is dumped from the villa in a shock eviction.

His exit has already been filmed, but fans won't see it until tomorrow night's explosive episode.

The Sun today revealed he was sensationally booted from the villa after footage of a violent street brawl emerged.

The footage, also revealed by The Sun, showed Haris punching a man before following him and knocking him down with a second swipe.

Insiders claimed that Haris, who is a boxer, had left the villa as part of a planned eviction.

The ITV2 show revealed a teaser clip from tonight's episode, in which the Islanders learn there will be another dumping.