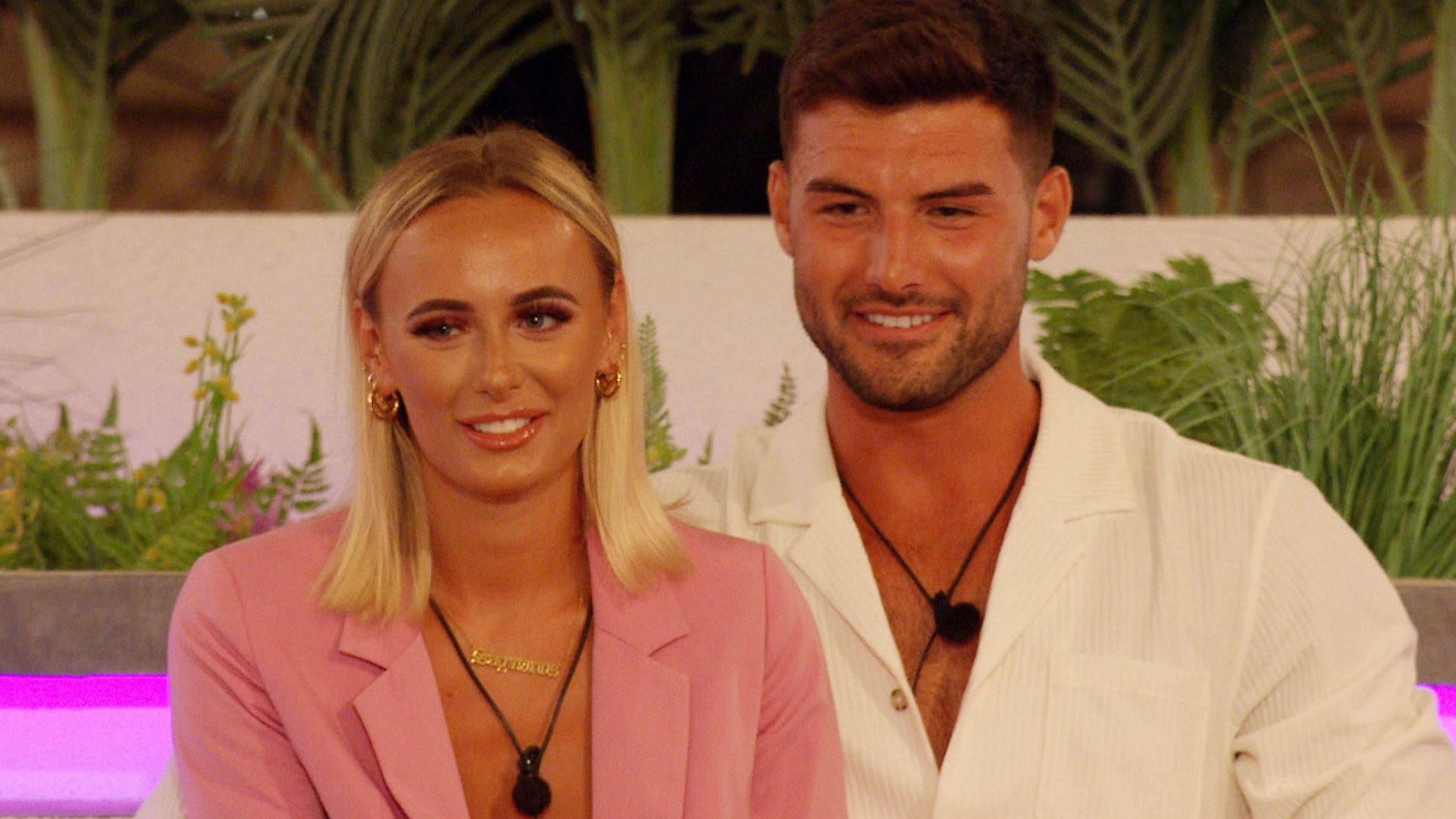 It’s been a rocky road, but Love Island has another exclusive couple as Liam Reardon and Millie Court shared a kiss and became official on tonight’s show.

The pair have been through a tough time since Liam returned to the villa from Casa Amor, bombshell Lillie Haynes sensationally ratted his behaviour out to Millie.

That’s all in the past now, though, as spoilers for Sunday’s episode show the couple go exclusive and share a kiss in emotional scenes.

Speaking to their fellow islanders on tonight’s show, Millie and Liam tell their fellow Islanders they had a kiss in bed.

Opening up about his feelings, Liam tells the boys: ‘I would like to make her my girlfriend in here. Just waiting for the right time. I don’t want to rush things.’

Later, the pair enjoy a candid moment together on the beanbags.

Liam says: ‘I’ve got a lot of plans and I want to do them with you.’

‘I’m happy that we’re able to get back on track again,’ Millie replies.

Millie went on to say: ‘Obviously we had a little kiss last night… I feel like the kisses before were because we just really fancied each other. We just had that sexual attraction for each other and then that [kiss last night] meant more to me than any other kiss that we had.’

Liam then asks: ‘Are we exclusive? I don’t want to put pressure on you.’

She replies: ‘That would give me some confidence, once you’ve said we’re exclusive, that’s it then, you’ve confirmed your word, you can’t go back on that.’

‘Yeah. I’m more than happy to be exclusive with you. Yeah, I’m serious, it’s the truth,’ he said.

‘So we’re not boyfriend and girlfriend but we’re exclusive. I’m happy to do that,’ Millie stated.

The pair certainly seem to be heading on the right track once again – congrats guys!

It comes after Millie took the big step of letting Liam sleep in her bed, giving him a second chance after the recent recoupling.