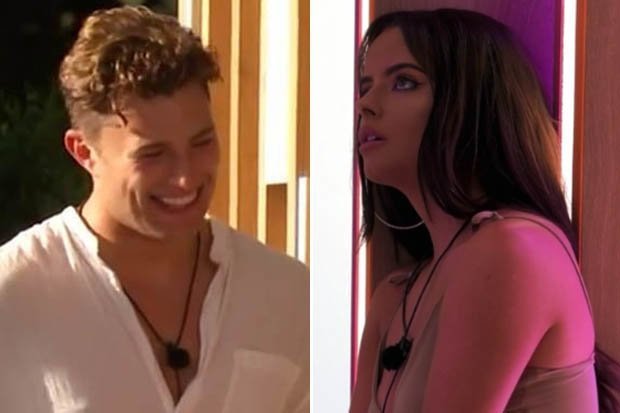 Curtis was blasted for his behaviour towards Irish ring girl Maura Higgins on tonight’s Love Island.

The boys in the villa were all trying to make Tom feel better over making a rather crude comment about Maura.

When Tom was told he would be going into the hideaway with Maura, he said in earshot of her “I wonder if she’s all mouth,” which went down like a lead balloon with the 28-year-old brunette bombshell.

Curtis, who has become quite the oracle of wisdom in the villa, couldn’t stop himself from laughing over the situation.

He also commented how hilarious it was that Tom had “f***ed up” so majorly.

Little did Curtis know, but Maura was outside the door listening to the whole conversation.

Clearly shocked at overhearing the normally gentlemanly Curtis laughing at her, Maura told a stunned Anna.