Love Island 2022 has kicked off in style, with the first five couples picked by public vote, and Gemma Owen was paired up with Liam Llewellyn.

However, things didn’t seem to get off to the best start between the new couple as Gemma gave Liam a slightly awkward hug as they greeted each other after their relationship status was unveiled by presenter Laura Whitmore.

With Liam smiling broadly and calling himself a ‘happy man’ and ‘100%’ happy to be paired up with Gemma, Gemma was a touch less enthusiastic – although she did call him ‘cute’, ‘fit’ and ‘really nice’.

Later, talking to the girls, the 19-year-old admitted she was ‘happy, yes – but not blown away’.

Gemma, a dressage professional and daughter of football icon Michael Owen, was going to rub up the wrong way with Liam more though, as they settled down to get to know each other.

Liam, who has just finished his master’s degree in strength and conditioning seemed quite baffled by both Gemma’s pet dogs, Italian Greyhounds, and her 12 horses, which he assumed (to begin with) lived in her house with her. 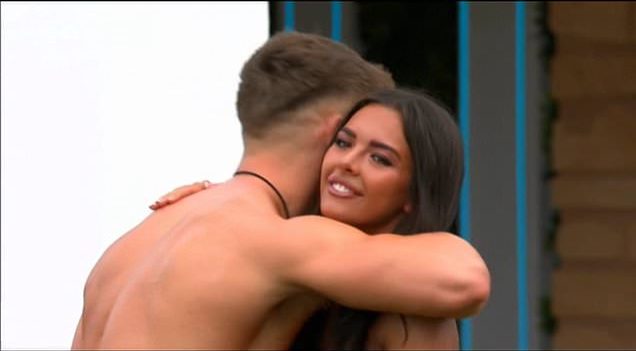 This got the wheels in his mind turning, and talk then turned to football, which he called ‘my sport’ although he doesn’t play anymore.

Gemma, who has not yet revealed her famous father, smirked sightly when Liam revealed his passion for football.

When she asked him if he’d played at ‘a decent level’, and he revealed he hadn’t as he’d stopped playing young, she continued to quiz him.

‘I feel like you’ve been with an ex-footballer or something,’ Liam countered, which Gemma quickly denied.

‘You’ve been with a footballer,’ he pressed, then questioning why Gemma had asked him ‘if I played at a decent level’.

With the new Love Islander insisting she was ‘interested’ as he reasoning, Liam dropped his line of questioning.

However, the ‘my dad’s Michael Owen’ bomb was almost dropped again later when some of the Islanders were discussing surnames and Gemma was asked to reveal hers.

However, no one put two and two together, with the sportswoman merely being told her name ‘flowed’ while she was less of a fan of Luca’s English surname ‘Bish’.

Kiss goodbye to your social life – Love Island is back to dominate your evenings, with the new series promising more drama than ever before.

The full line-up was announced last week, with contestants including Michael Owen’s daughter and the first deaf Islander.

Ahead of the launch episode, the public have been asked to play Cupid and vote for who should couple up on day one.

For all the latest updates, visit Metro.co.uk‘s Love Island page.