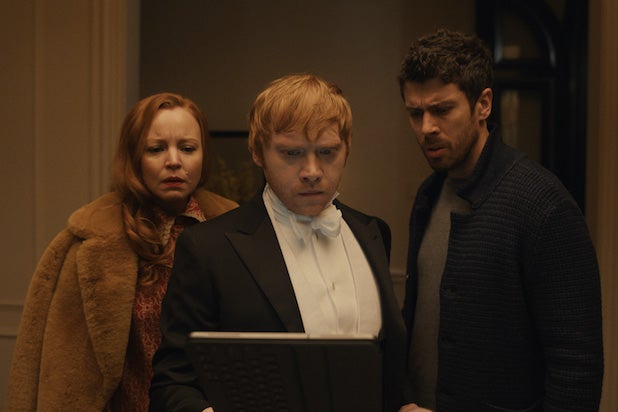 M. Night Shyamalan’s “Servant” has been renewed for Season 3 ahead of its second season premiere in January, the streaming service said Tuesday. No episode count for the third installment has been set yet.

“Servant” follows a Philadelphia couple Dorothy and Sean (played by Lauren Ambrose and Toby Kebbell) who are in mourning following an unspeakable tragedy. Amid a rift in their marriage, the two allow a mysterious woman named Leanne (Nell Tiger Free) to enter their home and lives.

Along with Ambrose, Kebbell and Free, the show stars Rupert Grint.

Per Apple, “Following its suspenseful season one finale, the second season takes a supernatural turn with a darker future for all lying ahead as Leanne returns to the brownstone and her true nature is revealed.”

The 10-episode second season of the Philadelphia-set series will premiere Jan. 15 on Apple TV+ with one episode. A new installment of the show will be released weekly on Fridays.

The show was created by Tony Basgallop. “Servant” is executive produced by Shyamalan and Basgallop, along with Ashwin Rajan, Jason Blumenthal, Todd Black, Steve Tisch, Taylor Latham and Patrick Markey.