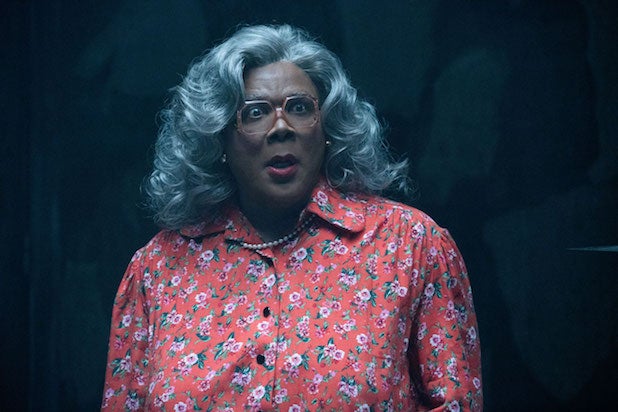 Tyler Perry is developing a prequel series about his popular Madea character with Showtime. The series, titled “Mabel,” would follow the early years of the character when she was in her 20s.

Showtime has ordered multiple scripts of the potential series, which Perry is co-creating with Tim Palen. JaNeika James and JaSheika James will write the script and executive produce.

Here is the official description of the series: Long before she was the force of nature known as Madea she was a smart, fierce, irresistible, dangerous, crazy 20-something black woman named Mabel Simmons. When she moved to Atlanta in 1972 she set the city – and the world – on fire.

The character, played by Perry, has appeared in nine films beginning with 2005’s “Diary of a Mad Black Woman.” The most recent film wass 2019’s “A Madea Family Funeral.”