THIS is shaping up to be another very good year for Mark Ronson. The producer and DJ has won an Oscar, two Grammys, a Bafta and a Golden Globe for Shallow, which he co-wrote with Lady Gaga for A Star Is Born.

“The Oscars was a crazy night,” Ronson says in his transatlantic drawl. “I was nervous and as far as events go, it was another level. I watch movies all the time, so to see all those people in the room was really impressive. I nearly tripped over Glenn Close! 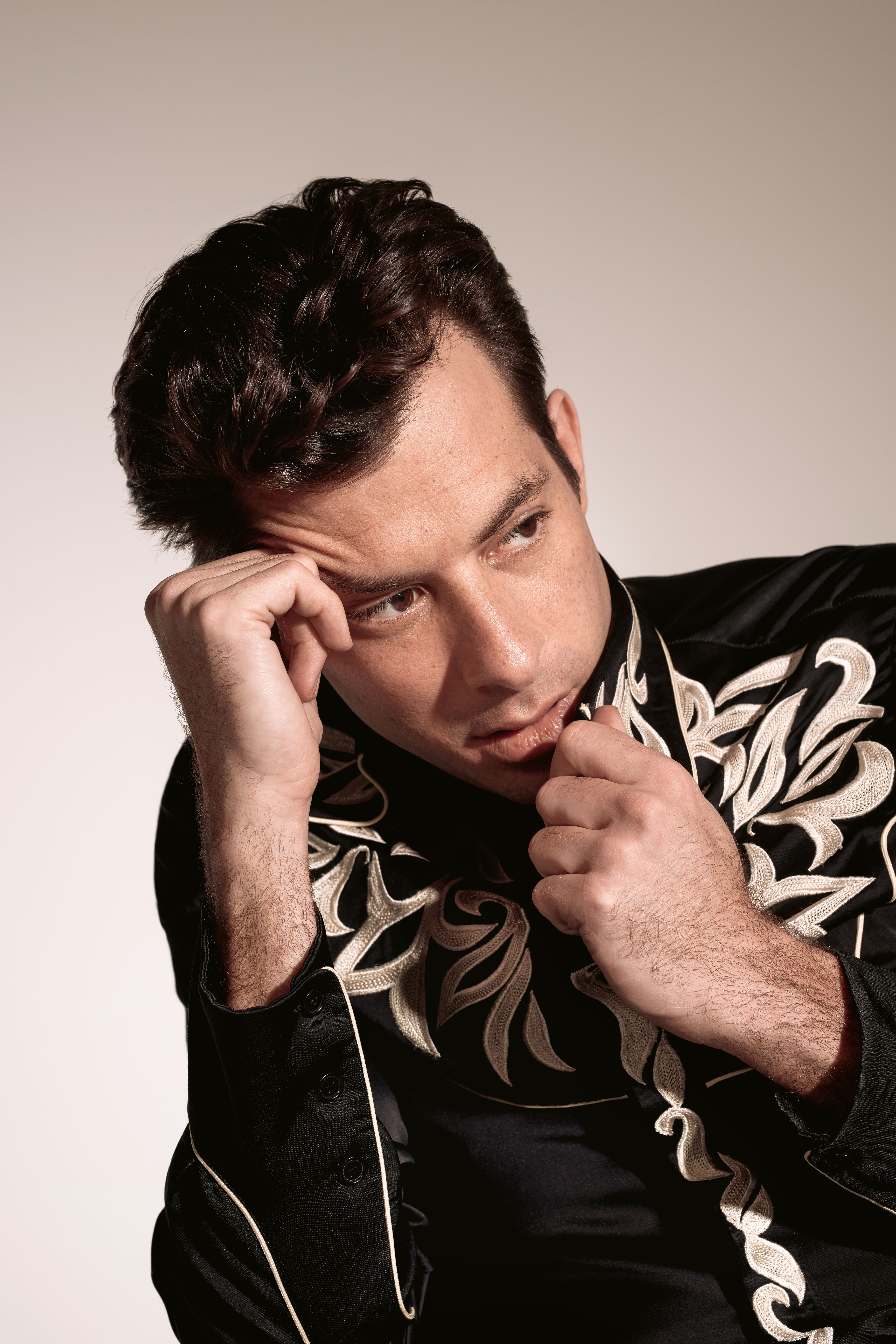 “People love Shallow so much. It was crazy walking out of the theatre. The security guys by the door were going, ‘Congrats, that’s a great song’. Everyone in that building was really happy for us. It was incredible.”

It is hard to imagine Ronson getting nervous around famous faces, given he has worked with some of the biggest names in showbusiness — from Paul McCartney and Adele to Dua Lipa and Amy Winehouse.

And his year is set to get even better, with Late Night Feelings — Ronson’s fifth album — released next month. It is his most impressive work yet and provides a fascinating counterpoint to Back To Black, the album Ronson produced with Winehouse.

He says: “Nothing will ever be as important or as loved as Back To Black. Amy was the first ­person I ever worked with, the most honest and most talented. 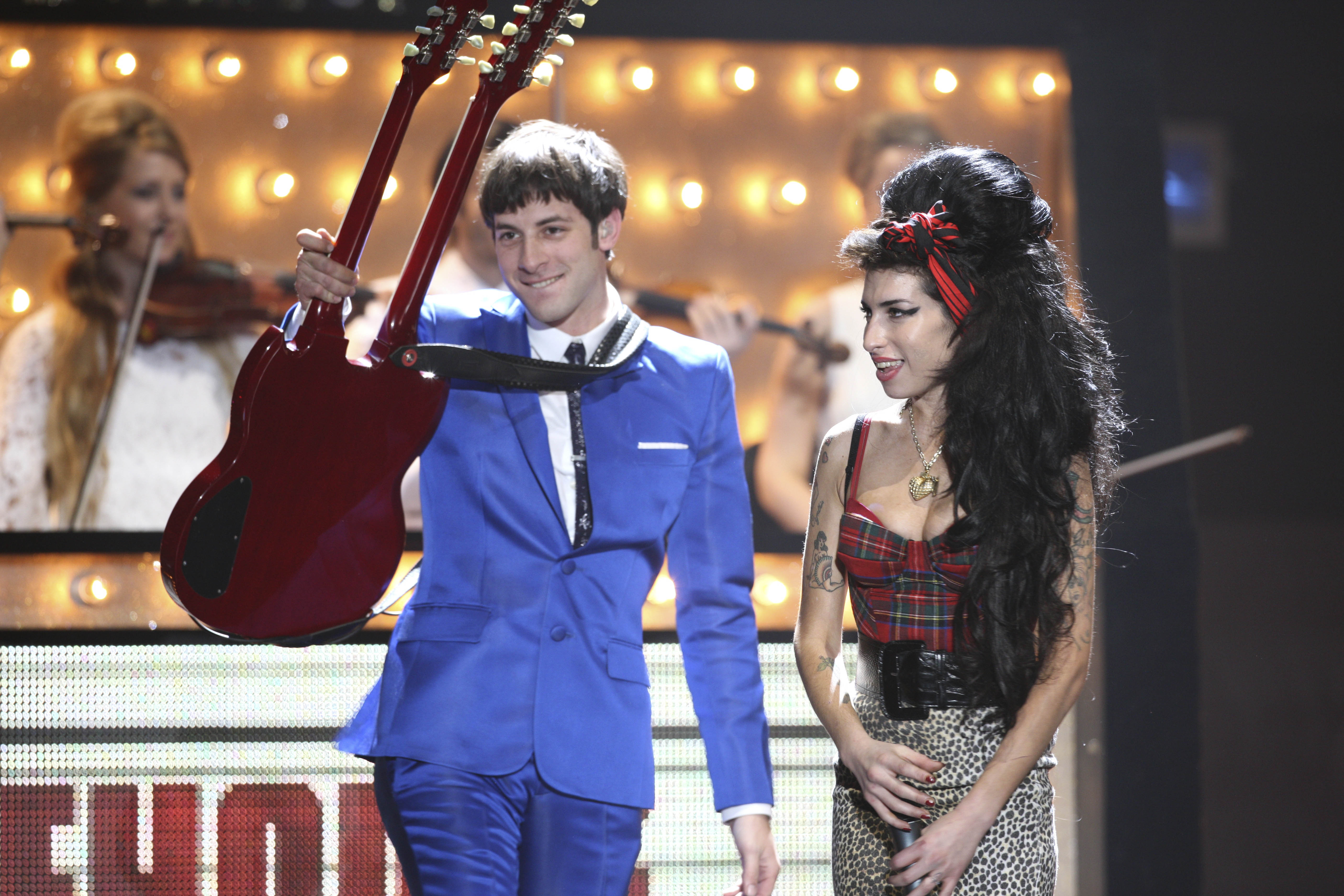 “She wrote the song Back To Black in ten minutes. I just had to come up with good arrangements to help her and enjoyed its success without having to go through the same pain as Amy.

“I was closed off emotionally back then and it’s taken me this long to go through my own pain and write a record about it. Now I realise just how incredible she was. It was a masterpiece. If anyone deserves to be called a genius, it’s Amy.”

Ronson calls his new record a collection of “sad bangers” inspired by the collapse of his marriage to the French actress Josephine de La Baume.

As we chat over lunch at central London’s Chiltern Firehouse, he says: “It’s my proudest work and my most honest. I was pretty devastated and confused in the wake of my separation. 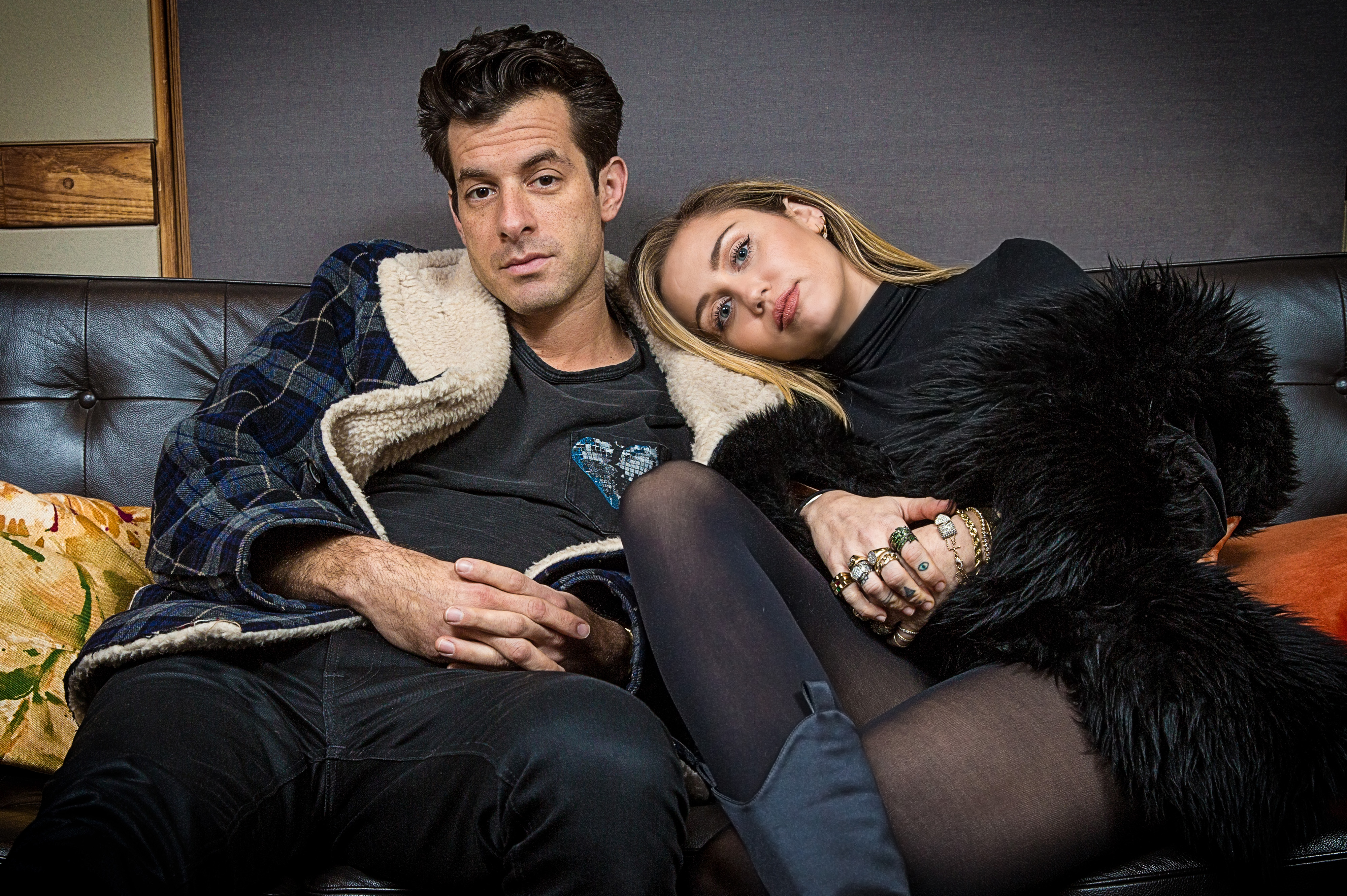 “It was the first time I had no choice but to put my own feelings and emotions into the music. I’m still good friends with Josephine and I care about her a lot but there was no way to avoid my feelings for the first year of working after we split.”

Ronson says when he and de La Baume split, he did anything but deal with his heartache. He admits: “I was f*****g around and doing fun sh*t with Diplo and Kevin Parker (aka Tame Impala). When we separated, I was starting to not be that hands-on guy in the studio.

“I was drinking too much, going out a lot and putting off addressing everything. Then in January 2018, I told my engineer to take a month off work from my studio in LA and I just stayed there. 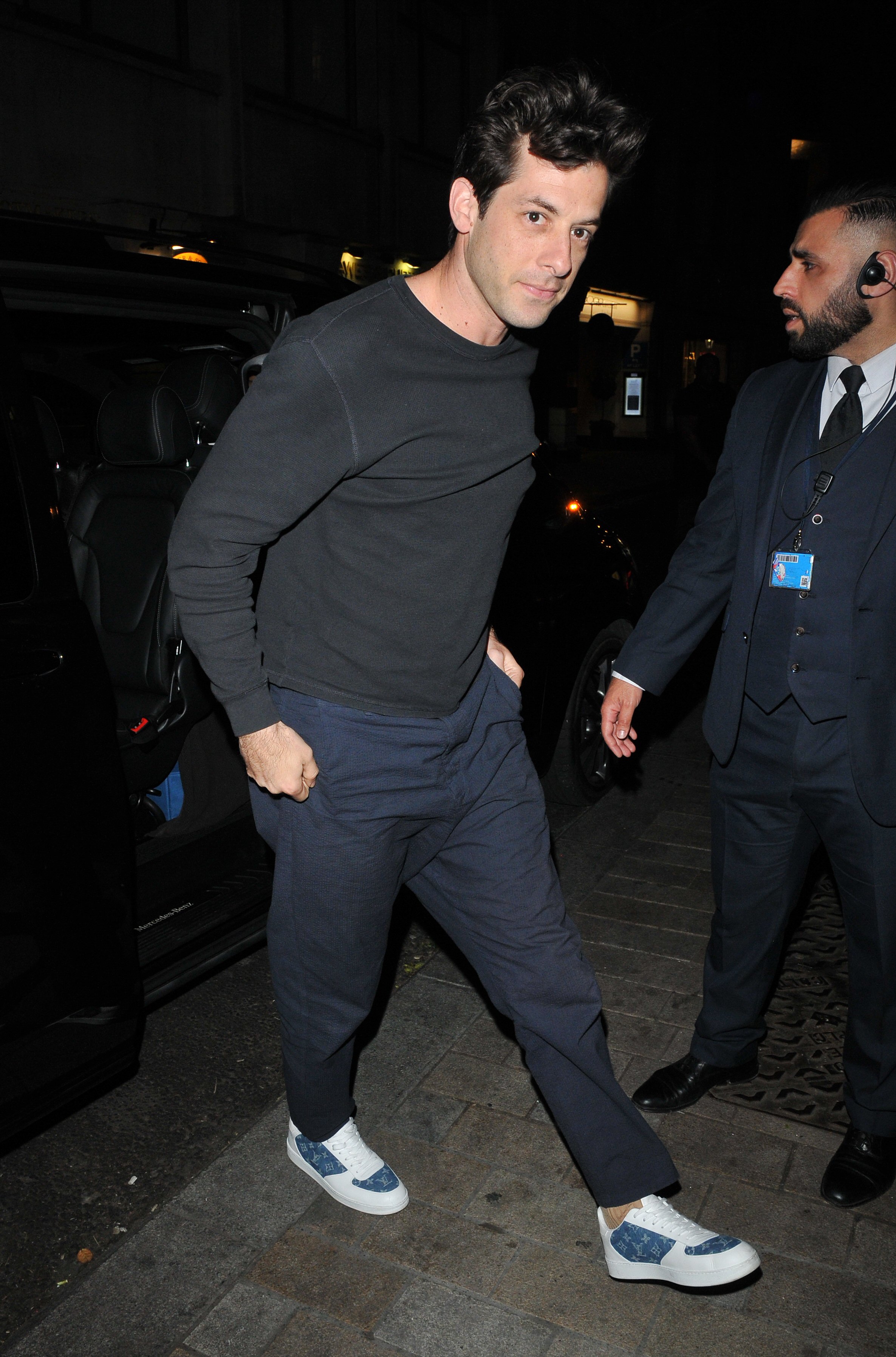 “I knew I needed to deal with all this sh*t. If you have all that emotion and you try to shove it down, it’s going to f*****g erupt. And that’s when this music came.”

He says Late Night Feelings is about “not just heartbreak but anything that keeps you up at night and makes you go through emotions”.
“It’s empowering,” Ronson says. “I don’t know if the saddest music makes the best music but the most honest music does.

“Most of my favourite songs are truthful ones when the artist has woken up that morning and wrote that song for a reason. That could be Imagine by John Lennon or Swimming Pools by Kendrick Lamar, where there’s a thread of melancholy running through them.

“I wouldn’t say I am GLAD I went through what I did because I got this record out of it — but I am extremely proud of this record. And I’ve realised I’ve always had certain survival tools to bury my emotions because I am a DJ, a party guy, so all of my tunes should be fun and these songs are still for the dancefloor. But for the first time, I express all sides of what I am.”

Ronson’s roster of collaborators for the album includes Lykke Li, Camila Cabello, Angel Olsen and Alicia Keys plus US singers Yebba — who has worked with Sam Smith and Chance The Rapper — and King Princess, the first artist signed to Ronson’s label Zelig Records.

“Lykke came up with the line about ‘late night feelings’ and had the melody,” he reveals. “When she sang it, I had in my head it would be a good album title.

“Then I met Yebba and we had the seed of the song Don’t Leave Me Lonely and I realised how they fit well together. They were kindred spirits and that’s when I knew I was making an emo-type dance record with this gang. I called us ‘the Heartbreak Gang’ because I wasn’t the only one going through stuff while making the record.” 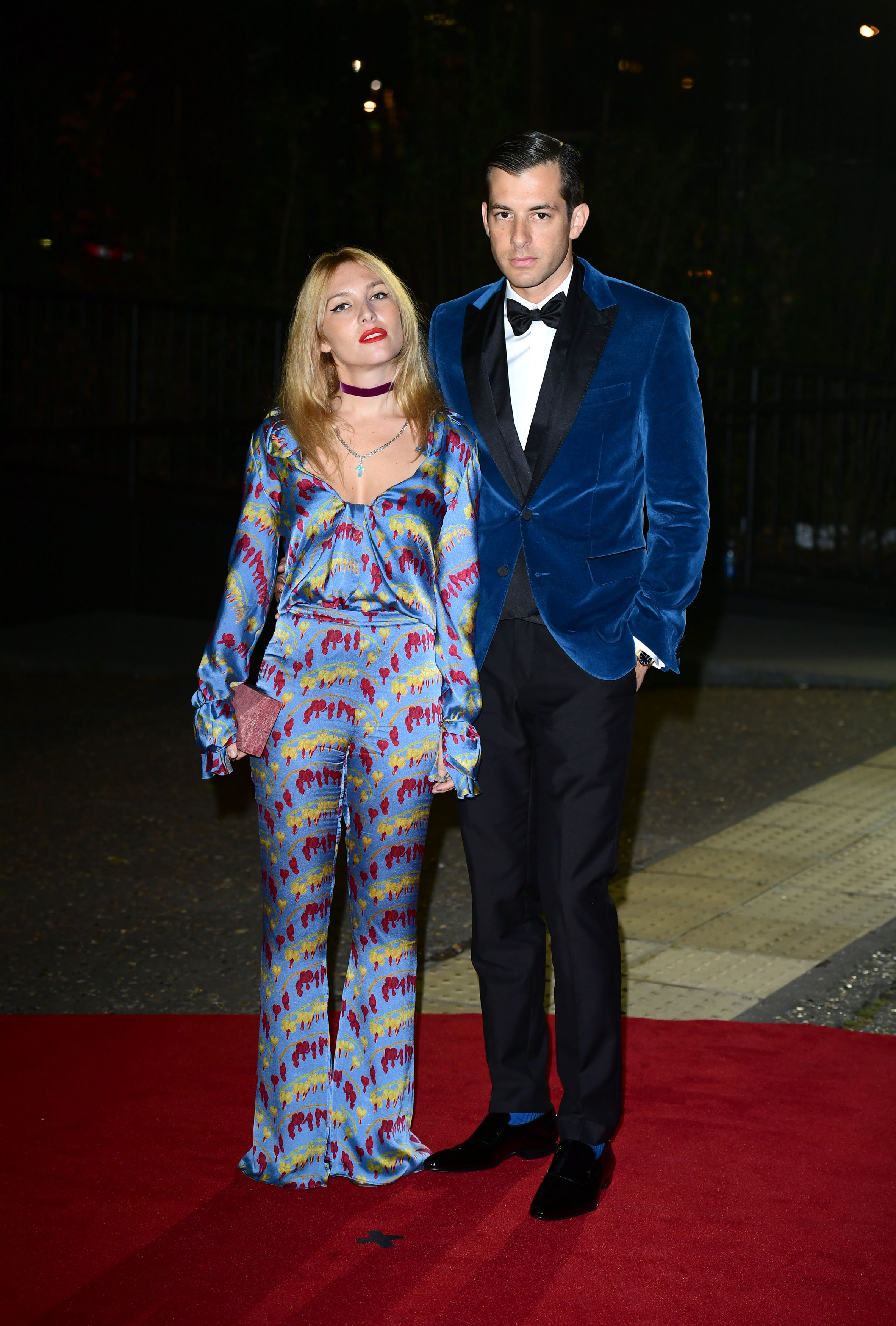 Miley Cyrus guests on the first single, Nothing Breaks Like A Heart, which hit No2 in the charts following its release in November. Ronson says the collaboration was a long time in the making.

“I’d been trying to get into contact with Miley for four years and then got her number and started to text,” he tells me. It was my last chance. I’d been trying to get her in the studio for six months, so I sent her that track and one last text. She replied and said, ‘Yeah, I dig it. I’m in LA. Do you want me to come by on Tuesday?’

“It was so surreal after trying for so long. So she came down and we went into (legendary producer) Rick Rubin’s Shangri-La studio and made that track. She’s so down to earth and smart and has a lot of vision. She wrote the verses and sang with her rasp and was amazing.

“I’m lucky I have a good ear for who would be good on songs like Back To Black or Uptown Funk, so I get a return of the first phone call. But these people are all so talented, so what happens after that is a lot of luck and the magic of the universe.” 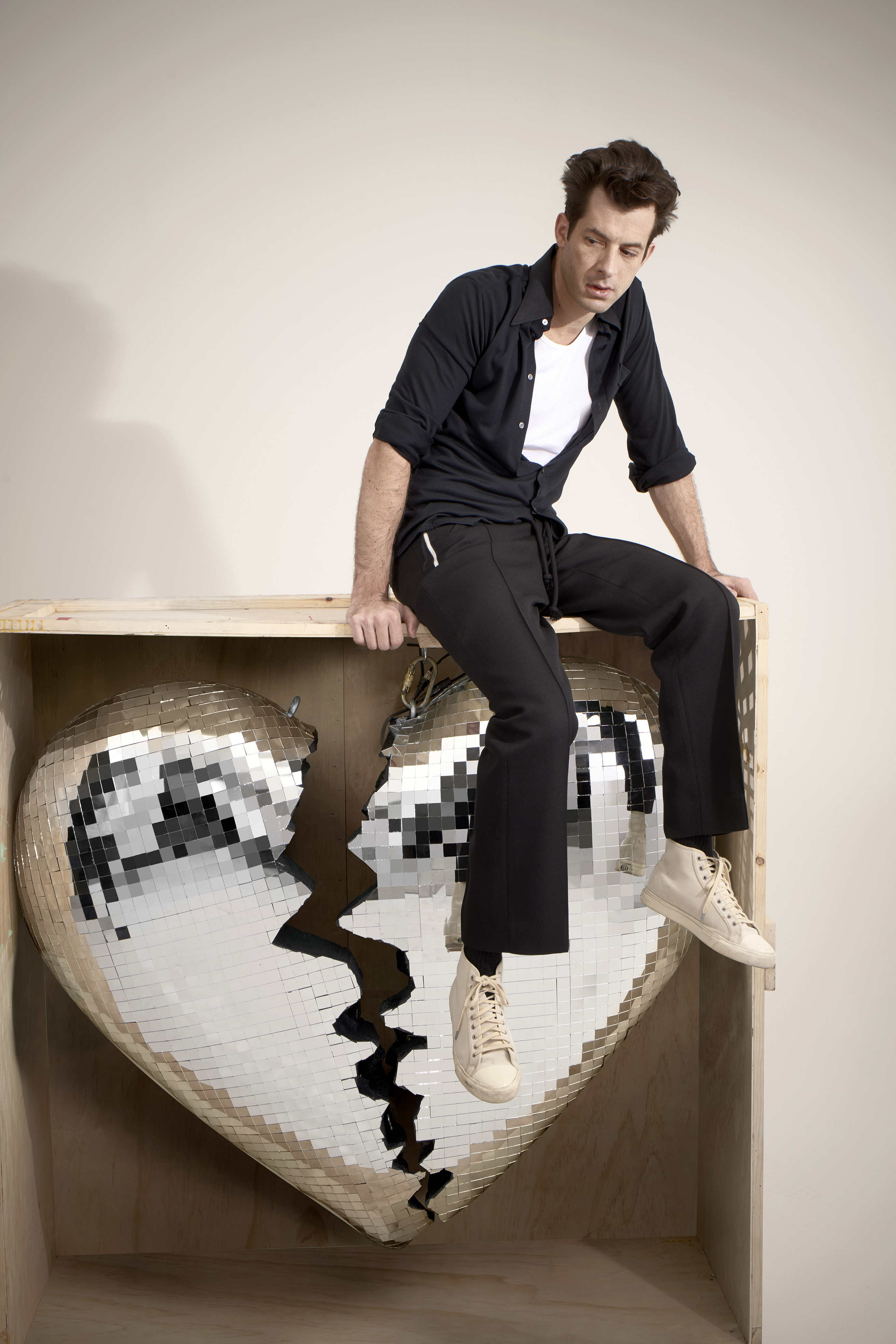 While Ronson clearly has the magic touch, he does not take success for granted. He is ­modest and self-deprecating. When I interviewed him in 2016, Ronson insisted Uptown Funk — the mega-hit he wrote with Bruno Mars the year before — made him “vomit and faint”.

On Truth — a standout track from the new album — Ronson teams up with hip-hop artist The Last Artful, Dodgr and ­Alicia Keys, an old pal of his.

Ronson says: “I’ve known ­Alicia since she was 18, before her first record came out. When we run into each other, there is so much love because we’ve known each other for 20 years. Look at how much fun we had in the studio,” he says, showing me a clip on his phone of the pair dancing to the song.

He adds: “She is like natural Xanax! Being around her, you just feel more chilled. I was going through my relationship ups and downs and seeing her happy with her husband (the rapper and producer Swizz Beatz) was like therapy. I asked her all these questions like she was my spiritual advisor. 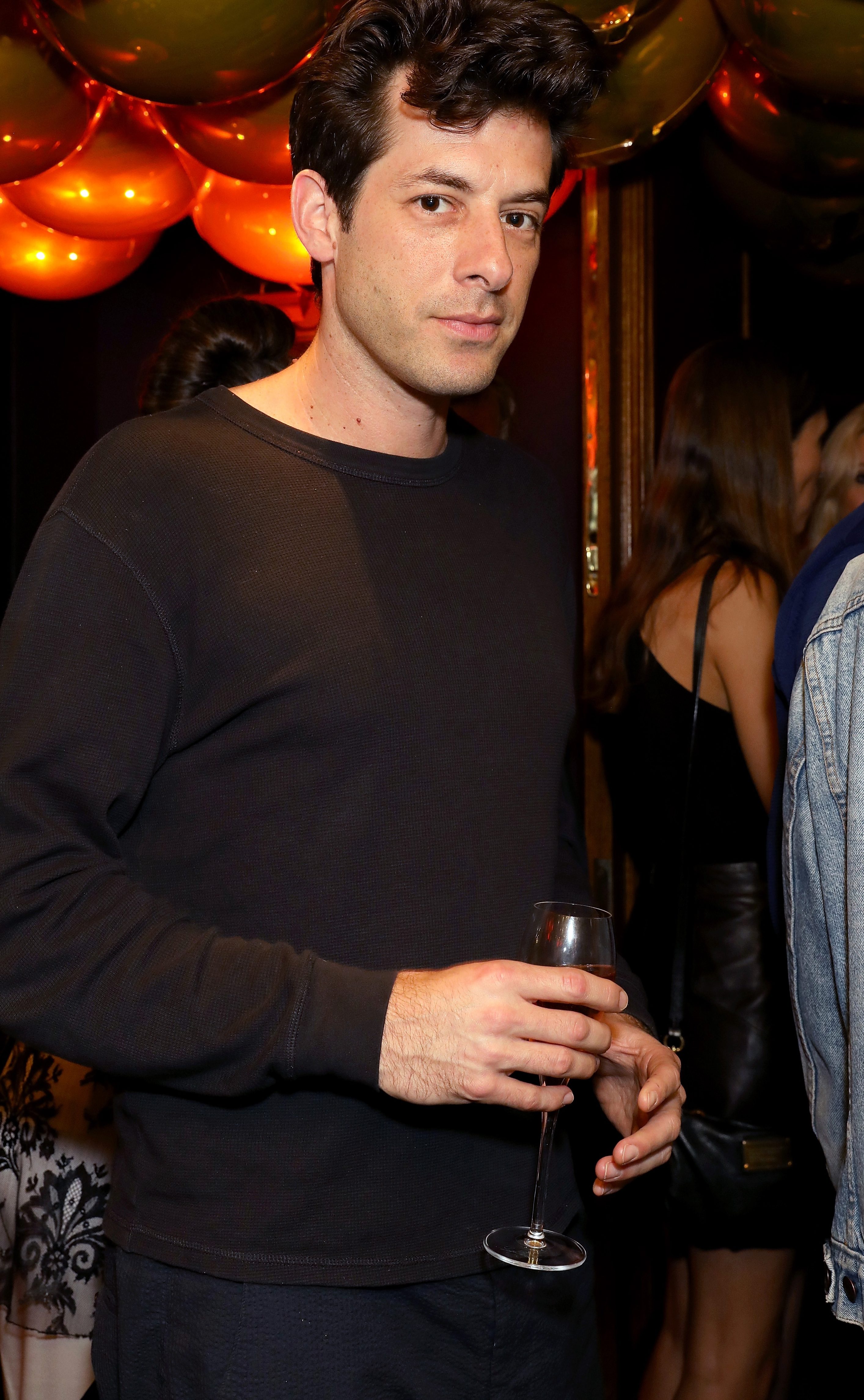 “When I went into making (the 2015 album) Uptown Special, I knew my livelihood depended on it. I knew it had better be good or I was going to have to find something else to do for the next 20 years of my life because I hadn’t made enough money to live off.

“And hooking up with Bruno and (producer) Jeff Bhasker for that record, I saw something different in terms of ambition. They were like, ‘We are going to make some f*****g hits!’

“All the attention to detail on Uptown Funk and making sure it’s got another hook in this middle part made me work in a different way. There was a feeling of, like, ‘This better be really good or you can just think about getting a new job, basically’.”

But although Ronson is more confident these days about his skills as a producer, he insists he will never see himself as “famous”. 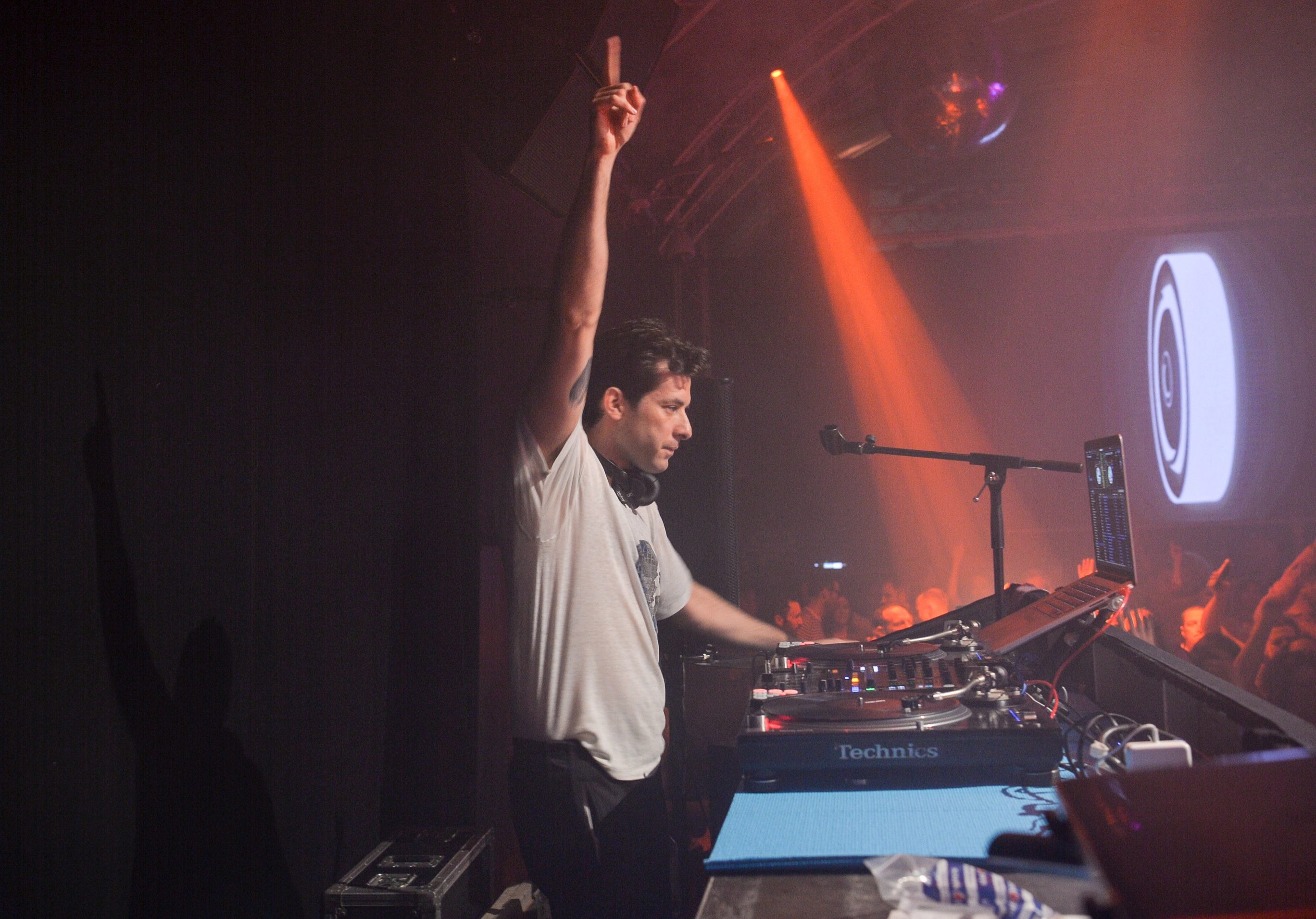 “I prefer being on the side but I’ve got a bit better at the non-music side of things,” he tells me. “I might get to chat to Jonathan Ross on his show or be in a little comedy sketch on Jimmy Fallon . . . and I’m such a pop-culture nerd, so these are little milestones that are fun. I’m more recognisable in the UK but not like Harry Styles.

“No one is going to chase me down the street. If someone recognises me, it’s usually, ‘Hey man, wicked tunes!’ And that’s cool. Then someone might want a selfie and the fact anyone cares I’m making a fifth album and wants to stop and take a picture, well, saying yes is the least I can do.”

With the album’s release date fast approaching, Ronson is looking forward to playing his new songs live — though it is a headache logistically. He performed with Miley Cyrus at last weekend’s Radio 1 Big Weekend in Middlesbrough and has Glastonbury coming up in June.

Ronson says: “Taking Late Night Feelings on the road isn’t a simple thing, as so many ­people are involved. But we’ve started doing this Club Heartbreak, a fun night where we play our favourite sad bangers. I’d like to take that giant broken-heart disco ball on the road and bring Lykke and Yebba and whoever can make it.

“My dream is to pull off two or three shows with everybody from this record. If that ­happens, great. If not, I get to jump up with Miley occasionally and play Nothing Breaks — and that’s great too.”