Married at First Sight: Michelle and Owen meet for the first time

Married At First Sight Australia returns to E4 in the UK on January 4, and the series will see 12 new couples tie the knot. Unlike any other series, the couples have to marry before they have had the chance to see each other in person. Express.co.uk has all you need to know about where the couples are now.

Which MAFSA couples are still together?

Married At First Sight Australia is a quirky dating series which sees a panel of experts pair up individuals based on certain traits.

The couples, who have never previously met in real life, then have to marry and move in together.

At the end of the experiment, they must decide whether they wish to remain together or part ways.

Here’s all you need to know about which couples are still together.

Business owner Jules, 36, and former professional cricketer Cameron, 34, were the first couple of the season to get married.

They spent their honeymoon in New Zealand and the couple only ever had eyes for each other. At the end of the experiment, they decided to stay together.

Fans will be delighted to hear the couple are still married to this day, and they have both expressed their love for one another on Instagram.

Jules shared a photo of herself with Cameron on New Year’s Day, with the message: “Here’s to another year with you by my side @cammerchant Happy new year all 2021. Jezzzz I remember when saying 2000 felt weird now it’s 2021 !! How!?”

Makeup artist Martha, 31, was paired with 29-year-old teacher Michael and they spent their honeymoon in Samoa.

This was another match made in heaven as the couple agreed to continue their relationship past the series.

The couple are still together today, and they have both shared photos of each other on Instagram.

In December 2020 Martha posted a photo of the couple celebrating Michael’s birthday, saying: “Happy Birthday babe. You’re everything to me. You’re already perfect but I can’t wait to see what you do in this next chapter. 30. Welcome to the club!” 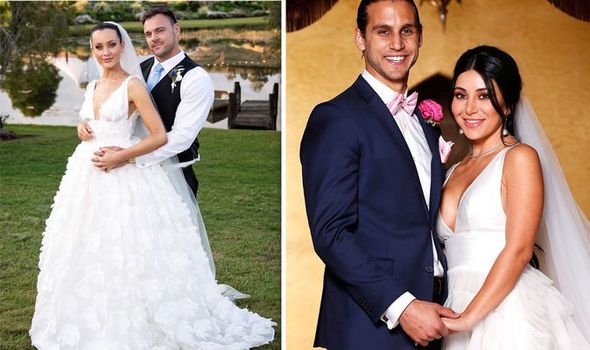 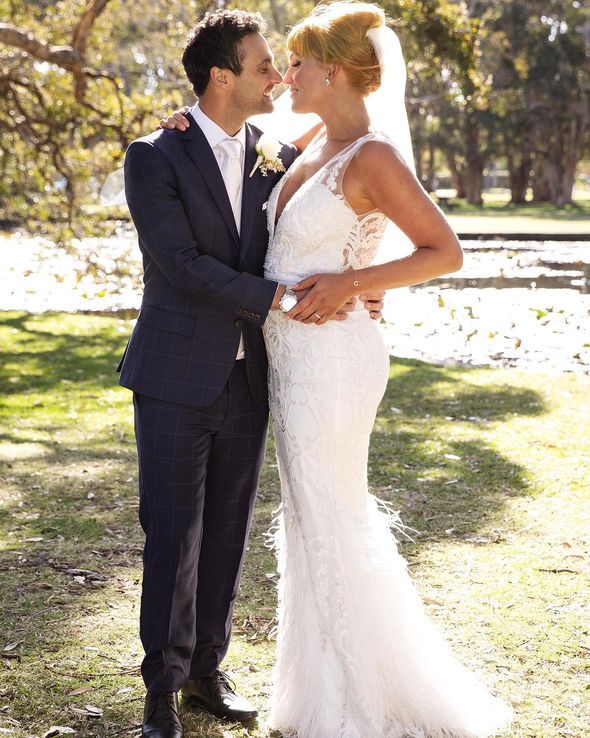 Electrician Nic, 27, and healthcare consultant Cyrell, 29, were the second couple of the season to get married.

After spending their honeymoon in New Zealand, they decided to end their relationship before a final decision could be made.

The couple may have fought endlessly while they were on the show, but in November 2019 it seemed they had made amends.

They were spotted sitting together at Jules and Cam’s wedding, and Nic had said it had been a civil evening.

Cyrell went on to have a relationship with Love Island star Eden Dally, and she went through another public breakup with him.

Administration officer Jessika, 27, and plasterer Mick, 31, were the third couple to get married.

They spent their honeymoon in Palm Cove in Queensland, but sadly it was not meant to be.

They broke up before a final decision could be made and remain separated to this day.

Jessika was at the heart of a scandal on the series as she was known to have formed a secret relationship with a fellow contestant – Dan Webb.

In November 2019 the former couple were seen together and they seemed to have sorted their differences. 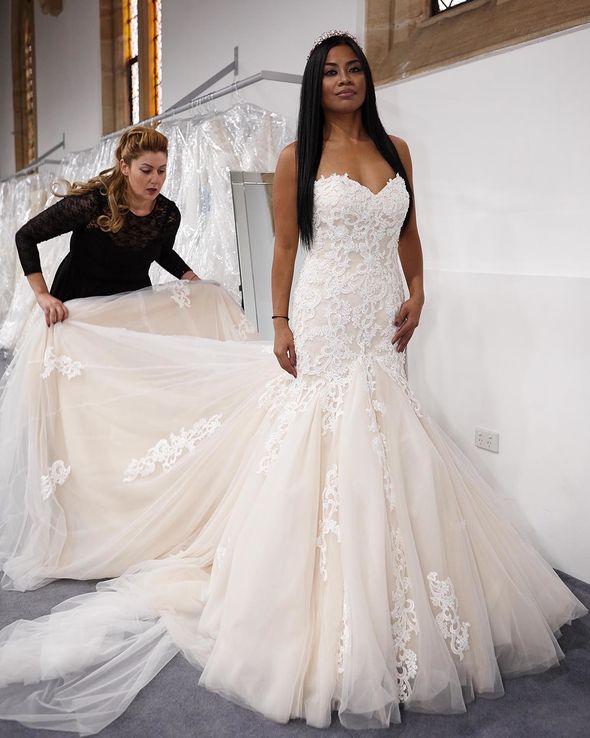 Sadly they decided to end their relationship before the end of the experiment, and they remain separated.

Fans in Australia had considered the pairing to be one of the most unexpected of the season.

In an interview following the series, Melissa said she believed she had been paired with Dino as “a joke”.

They seemed to be happy together, and even agreed to continue their relationship after the experiment ended.

Sadly the relationship did not work out, and they are no longer together. They split just two days after saying their final vows.

Heidi later said she felt she and Mike shared different values, and they did not understand each other. 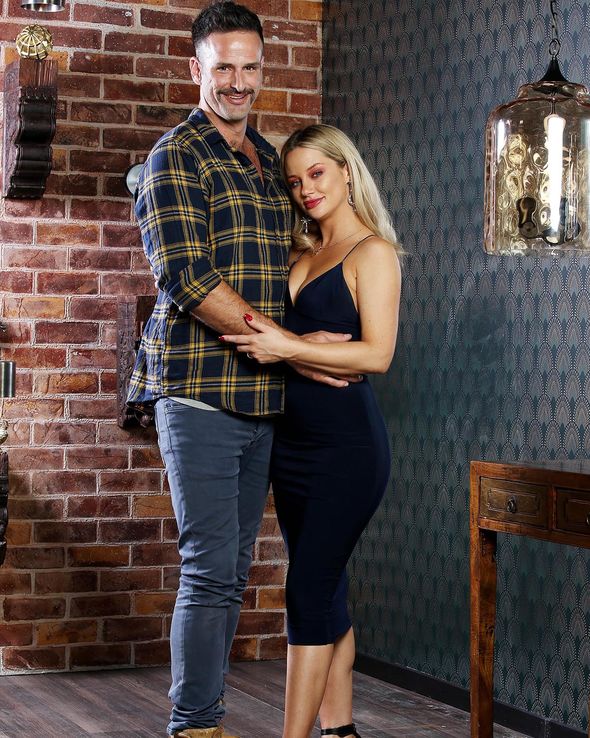 Hairdresser Ning, 32, was matched with army veteran Mark, who was 10 years her elder.

They spent their honeymoon in Thailand but unfortunately there was no spark, and they decided not to renew their vows.

They remain separated to this day, with Mark saying he has not had any contact with his ‘ex-wife’ since.

He did say he had been contacted by hundreds of women following his appearance on the show.

He later formed a relationship with The Block star, Biana Chatfield.

Tradie Sam was paired with store manager Elizabeth, and the pair were known to have fallen out regularly.

During a reunion episode, Sam had been heard making comments about Elizabeth’s size.

Elizabeth was heard saying she remained shocked by Dam’s comments, and she was unable to confront him at the reunion as he did not take part.

Two months after the reunion episode, Sam apologised to Elizabeth for his actions.

Makeup artist Lauren, 31, was paired with videographer Matthew, 29, and they spent their honeymoon in South Australia.

Unfortunately, they decided to break up before a final decision could be made, and they remain separated.

Matthew admitted he had not been physically attracted to Lauren, even after all they had been through on the show.

Lauren is on Instagram and she has continued to impress fans with her makeup skills.

Matthew is now in a relationship with Bela Jameson.

Legal assistant Ines, 28, was partnered with entrepreneur Bronson, 34, and they spent their honeymoon at Port Douglas.

Sadly they broke up before the end of the experiment and they continue to be separated.

Ines was believed to have been starting a relationship with fellow contestant Sam Ball.

Nurse Susie, 25, was matched with barista Billy, 28, and they spent their honeymoon in New South Wales.

Like many of the other couples on the series, they decided to break up before the season came to an end.

The pair ended up in a heated argument, and they continued to accuse each other of ugly behaviour.

Their relationship had not worked out, as Dan was known to have started a secret relationship with contestant Jessika.

Tamara is on Instagram and she has not let the experience hold her back, saying in her most recent post: “Sometimes all we need is a fresh start! Ohhh and champagne lots and lots of champagne.

⁣”2020 is almost over and I couldn’t be happier with where I am at, even amongst all the madness!!”