Martin Clunes was dropped as patron of the animal protection charity Born Free after viewers saw him climb an elephant’s trunk and use its ears as handles to ride the animal on the ITV show My Travels and Other Animals.

The scenes showed Martin climb up over the elephant‘s face, wilfully grabbing the large animal’s ears before he rode the elephant in Asia.


Martin, 57, was a patron for the charity, which believes that any form of elephant riding is inhumane.

The Charity president Will Travers told the Daily Mirror: “We can confirm that with much regret, Martin Clunes is no longer a patron.”

Travers Continued: “Born Free has always been opposed to the exploitation of captive wild animals for entertainment and human interactions, including riding elephants.”

Before adding: “It is deeply unfortunate that Martin Clunes, while exploring the relationship between captive Asian elephants and the people of Nepal, rode a captive elephant… thereby re­inforcing the perception that this is an acceptable activity.”

Campaigners also say there is no “ethical way” to ride an elephant and they are not designed to carry weight on their backs. 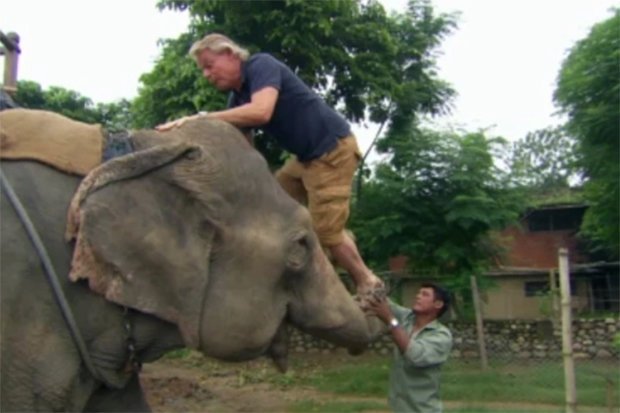 Audrey Gaffney of The Ethical Bucket List charity also weighed in on the argument. telling the Mirror: “Martin rode this elephant in a wooden saddle, which is extremely painful and damaging on the animal’s spine.

“He also holds on to the ele­­phant’s ears, which are one of their most sensitive areas.”

She added: “In the face of obvious cruelty, he denied his own conscience and rode an elephant, which would appear contrary to the ideology of Born Free and his role as patron”. 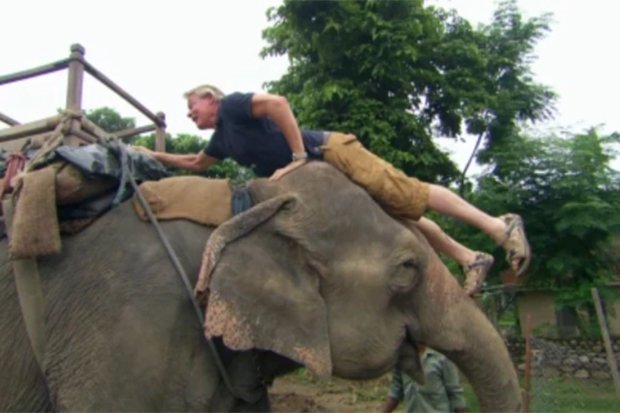 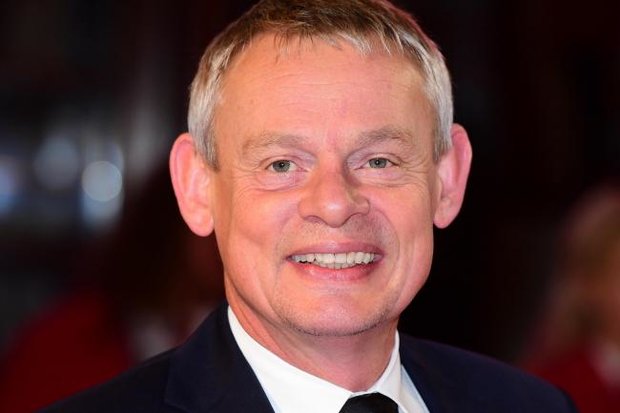 In the shocking scenes, the 57-year-old  was heard saying: “While it’s kinder life than hauling heavy logs… I am not sure it’s a fitting occupation for the largest land animal on the planet”.


The show was later pulled from BBC Iplayer after the backlash.