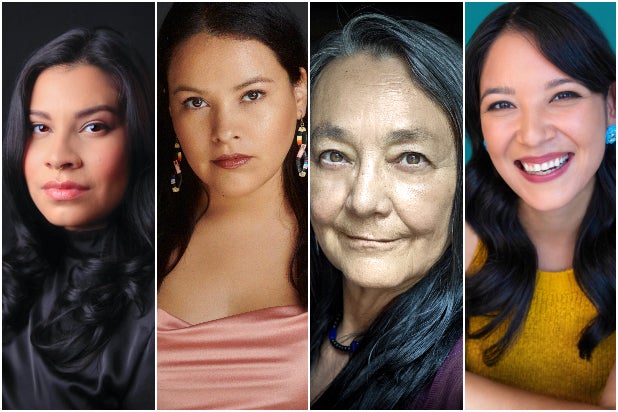 “Killers of the Flower Moon” is based on David Grann’s novel and is set in 1920s Oklahoma depicting the serial murder of members of the oil-wealthy Osage Nation, a string of brutal crimes that came to be known as the Reign of Terror.

Cardinal has starred in “Dances with Wolves” and “Godless” and is one of the most recognized Indigenous actresses of her generation. She will play the role of Lizzie Q, the mother of Gladstone’s character. Myers, Collins and Dion will play Gladstone’s sisters.

Scorsese produces and directs “Killers of the Flower Moon” for Apple Studios from a screenplay by Eric Roth. Producing alongside Scorsese are Imperative Entertainment’s Dan Friedkin and Bradley Thomas and Appian Way Productions.

Tantoo Cardinal is of Dene, Cree, Metis and Nakota heritage. She’s appeared in more than 100 films and TV movies including “Loyalties,” “Legends of the Fall,” “See” and “Stumptown.” Cardinal became a member of the Order of Canada, the country’s second highest civilian honor, followed in 2020 by The Governor General’s Arts Award, the highest civilian honor of the Arts in Canada. In 2017, she was awarded the Academy of Canadian Cinema and TV Earle Grey Award for Lifetime Achievement. She is represented by Murray Gibson at RED Talent Management.

Cara Jade Myers is an enrolled member of the Wichita Tribe. She has appeared in “Rutherford Falls,” “Masters of Fear,” “This is Us,” “Hermione Granger & The Quarter Life Crisis” and “Ward of the State.” Her Fflm credits include “Proximity,” and she is represented by Chris Roe Management.

JaNae Collins is an enrolled member of the Fort Peck Assiniboine and Sioux Tribes from Poplar, Montana but is also half Apsáalooke (Crow). Her TV and film credits include “Longmire,” “Fukry,” “Kindred Spirit,” and “Gunfight at La Mesa.” She’s unrepresented and independent.

Jillian Dion is a Canadian born actress of Plains Cree, Metis and French-Canadian descent, raised in a Dene/Metis household. Dion has appeared on “Motherland: Fort Salem,” and “Legion.” She belongs to the Saddle Lake Cree Nation and is represented by Skye Matheson at KC Talent Management.