You’ve probably heard a lot (not least at this site) about Marvel’s Phase 4, something that doesn’t actually exist yet in any real sense. But what is it? Who does it involve? What are these Phases? Is it tea time yet?

The MCU began officially with Louis Leterrier’s The Incredible Hulk (1998). While it wasn’t intended as a universe-starter, it’s been retroactively broadly agreed by the powers that be that it fits with the rest of the continuity, so yeah, let’s keep it.

Things really kicked off, though, with Iron Man, and the MCU hasn’t looked back since. The MCU as a whole has become a sprawling megabeast from another dimension (you can find out how to navigate it precisely here), but it’s divided into distinct sections, with the interconnected stories of its individual heroes building towards a convulsive finale every few years in the form of the Avengers team-up movies. A bit like this, in fact:

Earnest science guy Bruce Banner has a life-changing experience in the lab and become a confused, angry green giant.

Billionaire arms-dealing playboy Tony Stark has a life-changing experience in the desert and builds himself a hero suit. He fights a number of other tech-industry figures and meets Natasha Romanoff, aka Black Widow, and her S.H.I.E.L.D. boss Nick Fury.

Alien god-type guy Thor is exiled to Earth and learns about sacrifice in a life-changing experience before defeating some frost giants.

Weedy 1940s shrimp Steve Rogers has a life-changing serum pumped into him and becomes a Nazi-bashing – sorry, Hydra-bashing – demigod in blue tights, then gets frozen for 70-odd years before thawing out in 2011.

Together they all join forces (with some archery guy called Hawkeye who no one really cares about) under Nick Fury’s aegis to take down Thor’s naughty half-brother Loki and his alien hordes.

New York bears the brunt of it.

There are also some moments you may have forgotten about…

A (briefly) traumatised Tony Stark steps back from the action, only to be drawn back into it by another tech-industry figure and his puppet villain, an actor called Trevor who was the toast of Croydon.

Thor has some trouble with a red McGuffin and some Dark Elves. Captain America is forced to turn against his own corrupt government when his old pal Bucky turns up as a brainwashed supersoldier.

The Guardians of the Galaxy are a bunch of alien ne-er-do-wells who have trouble with a purple McGuffin and the alien warlord Thanos, and we also meet petty criminal Scott Lang, who inherits shrinking technology and becomes Ant-Man.

But neither the Guardians nor Ant-Man have anything to do with the Avengers, who team up again to take down the cyber-consciousness Ultron, wrecking the country of Sokovia in the process.

The Big One. The Phases to end all Phases, until Phase 4.

We meet Doctor Strange. He’s a surgeon who can do magic, and his real name actually is Doctor Strange. (Of course, if he were British, like the actor who plays him, he would be Mr Strange, FRCS.)

Captain America, his flying friend Falcon, Bucky, Ant-Man and Black Widow team up against Tony Stark, his buddy War Machine, his former cyber-butler Jarvis (now a demigod called Vision), Stark’s teenage protégé Spider-Man and his new royal African friend Black Panther in a dispute over whether superheroes should answer to the world’s governments or not.

From the scale of it and the size of the cast you might think this is Avengers 3, by the way, but it isn’t.

Cap’s guys are variously captured or go into hiding, while Thor and Hulk are busy battling Thor’s sister, the goddess of death. They win, but fall foul of Thanos at the end (that guy again!).

The Guardians have more fun in space unconnected to anything else, until they meet up with Thor. Everyone we have mentioned so far apart from Thanos teams up against Thanos, who is collecting all the McGuffins in order to wipe out half of all life in the universe for ill-considered reasons.

THANOS (spoilers) WINS and kills half of all life in the universe.

But don’t worry, there’s still Captain Marvel and Avengers 4 to come, when everyone who still has movies left on their contract will somehow come back to life. 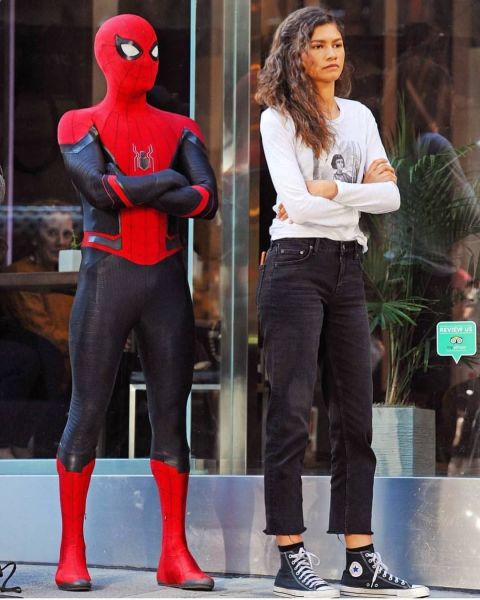 Details are scarce on this at the moment but it’s set to kick off after whatever happens in the fourth Avengers movie, due in 2019.