Matthew Morrison has furiously branded the allegations against him on So You Think You Can Dance ‘blatantly untrue’, as he read out a message he sent to a dancer.

The former Glee star was allegedly fired from the judging panel on the dance show after sending ‘inappropriate’ messages to a female contestant.

In a new video on Instagram, Morrison, 43, said: ‘It’s really unfortunate that I really have to defend myself and my family against blatantly untrue statements made anonymously, but I have nothing to hide.

‘In the interest of transparency, I will read to you the one message that I wrote to a dancer on the show: “Hey it’s Matthew, if you don’t mind, would love to get your number and talk [about] some things.” The end.’

‘I sent this because this dancer and I share mutual respect for a choreographer that I’ve known for over 20 years and I was trying to help her get a job as a choreographer on the show,’ he continued.

‘No way I want this to take away from the show because dance has always been a unifying and healing modality and I genuinely wish all the contestants and my fellow judges all the best.’ 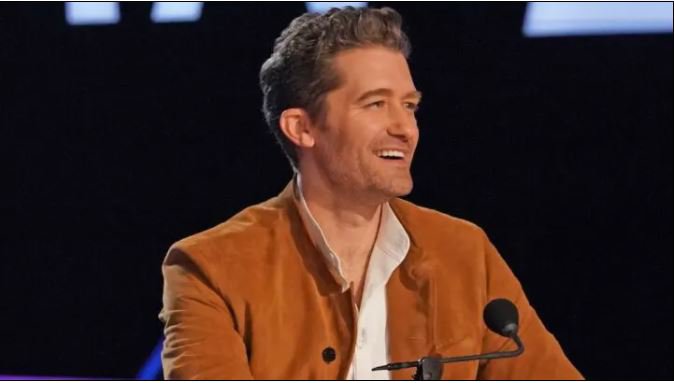 Morrison announced last week that he was leaving after filming the audition rounds for season 17.

At the time, the reason for his departure was down to him ‘not following competition production protocols’, though at the time it was not known what they were.

A source claimed that the Morrison was fired from the series ‘after he had an inappropriate relationship with a female contestant.’

The source added: ‘They didn’t have sex, but he reached out to her through flirty direct messages on social media.

‘She felt uncomfortable with his line of comments and went to producers, who then got Fox involved. He was fired after they did their own investigation,’ the insider told People.

The source added that Morrison and the unidentified contestant ‘never met up off-set’, but the messages sent ‘crossed the line’.

Announcing his departure from the role last week, Morrison told People in a statement: ‘Having the opportunity to be a judge on So You Think You Can Dance was an incredible honour for me.

‘Therefore, it is my deepest regret to inform you that I will be leaving the show.

‘After filming the audition rounds for the show and completing the selection of the 12 finalists, I did not follow competition production protocols, preventing me from being able to judge the competition fairly.

‘I cannot apologise enough to all involved and I will be watching alongside you all on what I know will be one of the best seasons yet.’

Morrison had been part of a new panel of judges for season 17, which saw Nigel Lythgoe and Mary Murphy replaced by JoJo Siwa and Stephen ‘tWitch’ Boss, with Cat Deeley returning as host.

Season 17 of So You Think You Can Dance is currently airing on Fox.