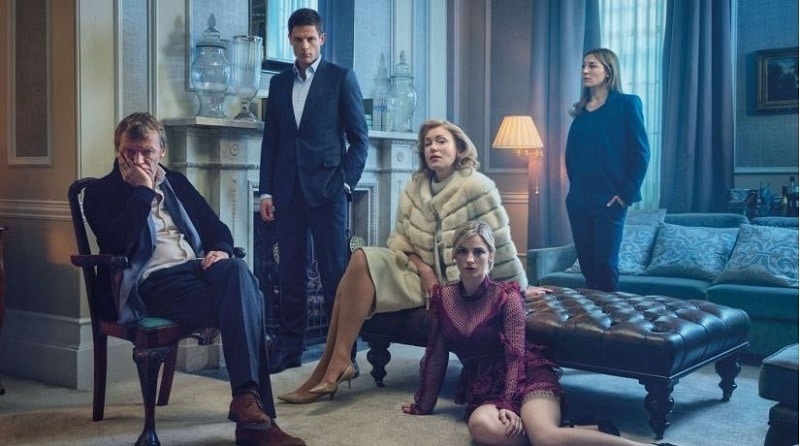 AMC confirmed the return of the international crime thriller McMafia for Season 2 back in July during the Television Critics Association (TCA) Press Tour. AMC’s announcement came after the BBC confirmed the Season 2 return of McMafia to BBC One earlier in May.

The series creators Hossein Amini and James Watkins were delighted when the BBC first made the announcement on May 2.

“We are so thrilled with how McMafia has resonated with audiences across the world,” they said.

AMC renewed McMafia for Season 2 despite the fact that the show’s ratings took a tumble in the U.S. where it concluded its first season run on April 23. The season premiere, which aired on February 26, scored a rating of 0.14, while the season finale scored 0.04.

McMafia is one of the lowest-rated shows on AMC, surpassing only Loaded Season 1 which scored a 0.06 rating and had an average season viewership of 207,000.

A show’s rating is one of the most important predictors of whether it will stay on the air. One can, therefore, conclude that the AMC executives considered other factors when they decided to renew McMafia for Season 2.

McMafia Season 1 averaged about 7.1 million viewers on BBC One. The BBC also revealed that the Season 1 premiere had been streamed on its iPlayer service more than 3.4 million times.

With the BBC and AMC having confirmed the crime thriller for Season 2, there is evidence of renewed interest in the U.S., and fans worldwide are looking forward to another season of a deep dive into the world of global organized crime.

Ahead of the announcement of the official premiere date, we bring you everything we know so far about McMafia Season 2, including release date, cast, plot, and more. 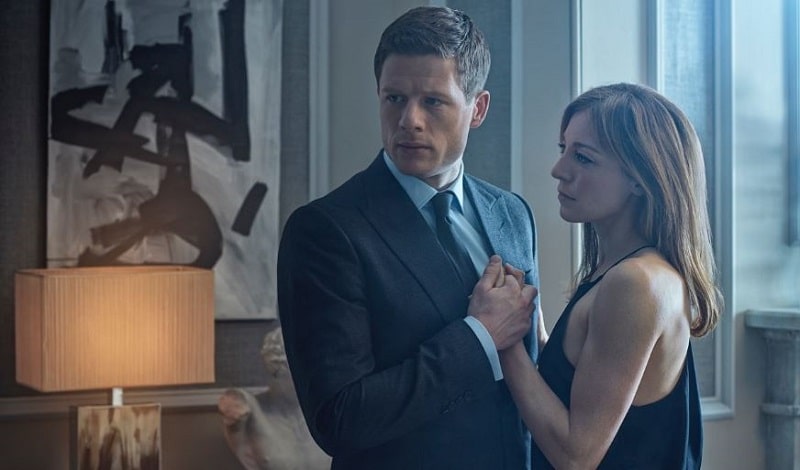 Although the BBC and AMC have confirmed McMafia for Season 2, both networks have not announced an official premiere date. The eight-episode Season 1 of the series started running on the BBC on January 1 and ended on February 11.

The series premiered on AMC on February 26, while the season finale aired on the U.S. TV channel on April 23.

Although an official premiere date has not been announced, fans expect that McMafia Season 2 will be hitting their TV screens by the summer of 2019.

We will update readers when AMC announces the premiere date for McMafia Season 2. 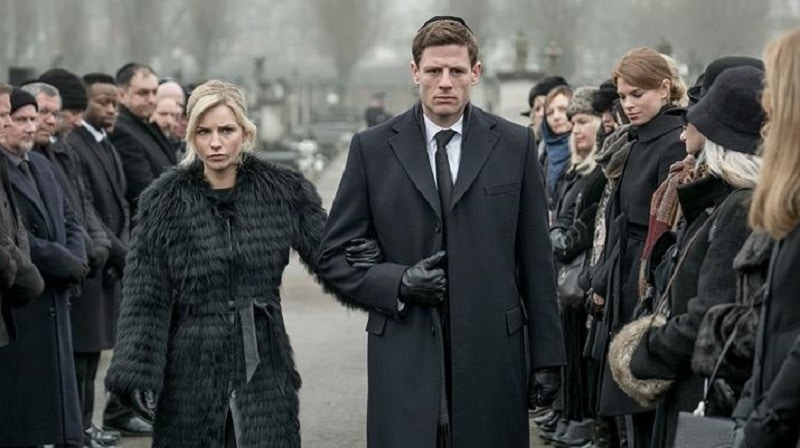 McMafia is created by Hossein Amini and James Watkins. Watkins also directed all the eight episodes of the first season. The series is co-produced by BBC, AMC, and Cuba Pictures, in collaboration with Twickenham Studios.

The BBC was able to sell the series to Amazon in several territories across the globe and to the Russian TV channel Pyatnitsa! (Friday TV), despite the fact that the Russian embassy in London previously criticized the show.

Glenny has also been confirmed to be returning as co-executive producer for McMafia Season 2.

The BBC first announced plans for the series in October 2015 and revealed in April 2016 that Norton had been cast in the leading role of Alex Godman. Additional casting announced in November 2016 included Alex’s parents, played by Maria Shukshina and Aleksey Serebryakov, and David Strathairn as a shady Israeli businessman.

McMafia Season 1 was filmed across the world in major cities, such as London, Moscow, Zagreb, Belgrade, Tel Aviv, and Cairo.

The series creators were conscious of the significance of the timing of the release of the series amid rising tensions between Russia and the West.

“McMafia’s blend of topicality and killer storytelling struck a chord with audiences and significantly added to the discourse around Anglo-Russian relations,” Piers Wenger, Controller of BBC Drama, said.

McMafia is inspired by journalist Misha Glenny’s bestselling non-fiction book McMafia: A Journey Through the Global Criminal Underworld. The BBC international correspondent’s book documents the rise and global spread of mafia organizations around the world.

The book focused especially on the Chechen Mafia in Russia, which rose after the fall of the Soviet Union (USSR) and spread its influence and power from Moscow to other Russian cities through franchising.

Amini and Watson’s McMafia TV series adapts and fictionalizes selected stories from Glenny’s book while trying to avoid distorting the facts as presented in the book.

McMafia  has received mixed reviews, with some viewers describing it as boring and insisting that there was no need to renew McMafia for Season 2 because Season 1 was a “self contained drama.”

Other viewers complained that they could not follow the show’s portrayal of organized crime, especially plotlines that were hinged on complex financing and money laundering maneuvers. The Sun also reported that many viewers complained about poor audio in some episodes and accused the cast of “mumbling.”

The Sun’s TV critic Ally Ross offered a harsher assessment of the series, describing McMafia as a “disaster waiting to happen.”

But many other viewers were happy about the news that McMafia is returning for Season 2.

McMafia became the subject of a legal tussle earlier in the year after Wilf Varvill, a British writer, accused the BBC of breach of copyright and filed a claim in the U.K. High Court. According to The Telegraph, Varvill alleged that McMafia’s storyline was the same as his 2007 short film Londongrad.

It is also widely claimed that McMafia influenced U.K. legislation through a law that was drafted to make possible the seizure of foreign assets obtained illegally.

McMafia Season 2 will likely also consist of eight episodes, and it is expected to go into production very soon. 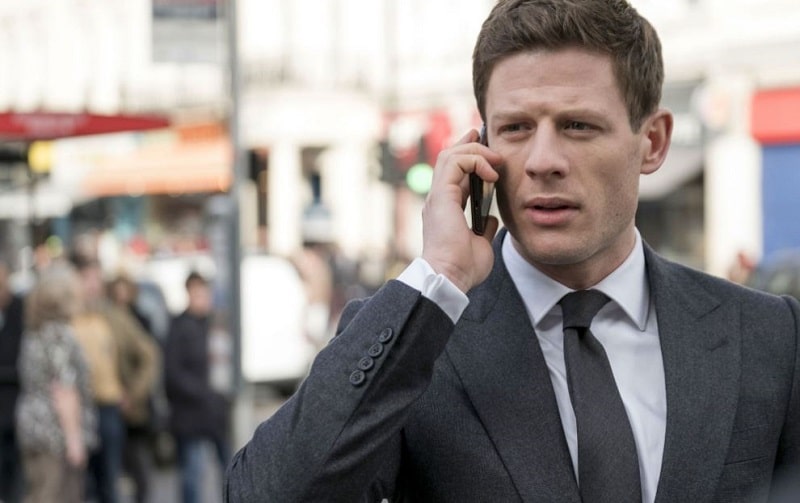 We will update fans when a trailer for McMafia Season 2 becomes available. Meanwhile, enjoy the BBC’s Season 1 launch trailer, released on November 2, 2017. 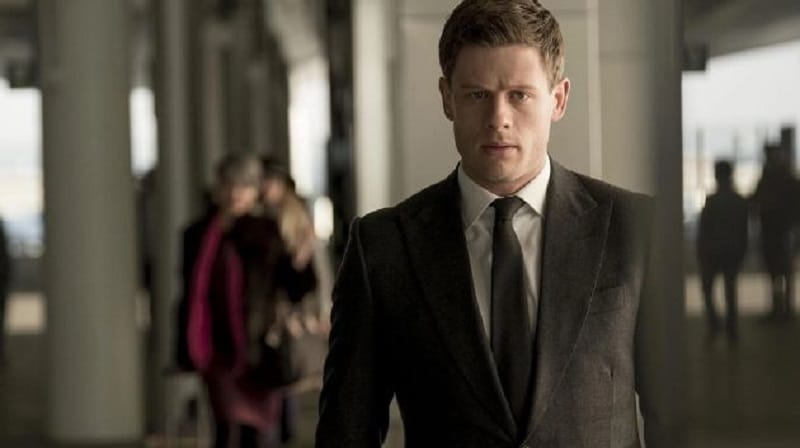 Amini and Watkins have indicated that they plan to continue telling stories that “cast more light on the shady intersections of transnational criminals.” However, no casting announcements for McMafia Season 2 have been made.

The silence has led to speculation that since Season 1 appeared to have been a “self-contained drama,” McMafia Season 2 may introduce a new story, new characters, and a new cast.

This means that even if Norton returns for McMafia Season 2, he may not be the protagonist.

However, Glenny’s return to McMafia Season 2 as executive producer has been confirmed. It indicates that the writers plan to continue using his book as source material and that they plan to continue tapping into his expertise on the subject of international organized crime.

Norton has also expressed interest in reprising his role. He shared in an interview with Variety, ahead of the BBC’s Season 2 renewal announcement, that he enjoyed making the show and that he was ready to reprise his role in Season 2 because he believed the series has a lot more stories to tell about his character.

If the writers choose to continue to focus on Norton’s character Alex Godman, the entire main cast for Season 1 could return for McMafia Season 2. 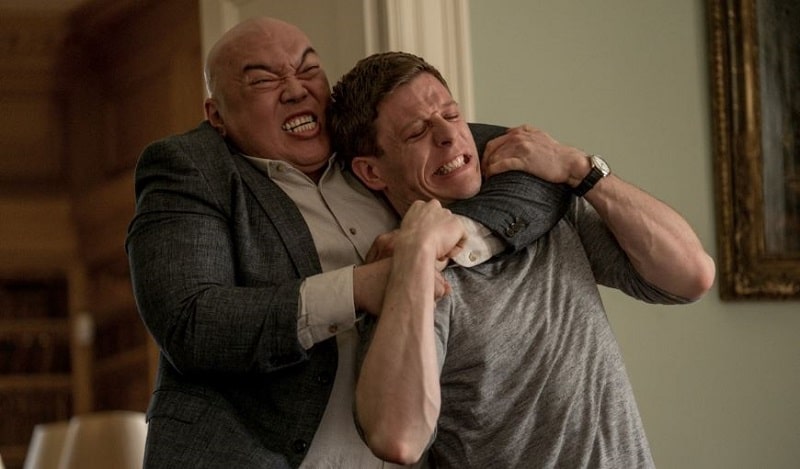 The series stars James Norton as Alex Godman. Alex is the British-educated son of a Russian mafia boss living in exile in London.

Alex tries to escape the family business as a self-made hedge fund manager, but he soon finds himself forced to make a choice between pursuing a crime-free life and returning to his family roots in the dangerous world of organized crime.

McMafia gives viewers an intimate look at the hidden world of organized global crime syndicates. The storyline follows Alex’s descent into the world of organized crime after he is faced with a difficult choice between protecting his loved ones and escaping his family’s past connections with the criminal underworld.

Alex’s struggle, which starts off as a tale of survival and revenge, soon becomes a story about his struggle to resist the lure of wealth and glamorous lifestyle obtained through corruption and crime.

Unable to resist, he finds himself being drawn deeper and deeper through his family business into the world of crime where he encounters the Mafia and international drug cartels.

McMafia Season 1 showed Alex pitching a plan and concluding a deal to flood the European markets with heroin.

Amini and Watkins have promised that McMafia Season 2 will start off from where Season 1 left off to “cast more light on the shady intersections of transnational criminals and their enablers in finance, law, intelligence agencies and even in governments.”

This could mean that McMafia Season 2 will follow Alex’s rise in the criminal world, and possibly also his eventual downfall. Alternatively, the writers could tell a different story based on Glenny’s book, but with different characters and a new cast.