As movie fans, it’s fun to rewatch beloved films and see details you may have missed the first time. Directors often include Easter eggs to keep the viewers engaged. And enthusiasts compare notes in the hopes of finding something more significant across their favorite films. One film that horror fans love to rewatch and analyze is Midsommar, the epic cult-like thriller directed by Ari Aster.

One of the biggest details the average viewers overlook is the significance of the number nine. Looking back, you might be able to spot a few references. But we’ll show you some hidden elements involving the number nine that you’d likely miss, too. For anyone who hasn’t yet watched this 2019 gem, this is your spoiler alert.

Ari Aster’s Midsommar is described as one woman’s emotional journey as she joins friends on a walkabout in the Swedish countryside. The incredible cast includes the protagonist Dani, played by Florence Pugh. Other actors include Jack Reynor, Vilhelm Blomgren, William Jackson Harper, and Will Poulter as Mark.

Written and directed by Aster, this film intends to capture the spirit of old-world Swedish folklore and tradition, tying it to horrifying cultist rituals showing Dani a new path to emancipation.

Joining her friends and the others on the Swedish commune, Dani believes she’s a college student on a much-needed vacation to reconnect with her boyfriend. But signs emerge early of a more sinister series of events about to occur. One key to identifying those signs is the number nine. The complete ritual within the film lasts for nine days, and nine lives are sacrificed. But there’s more if you know where to look.

The significance of the number nine throughout ‘Midsommar’ 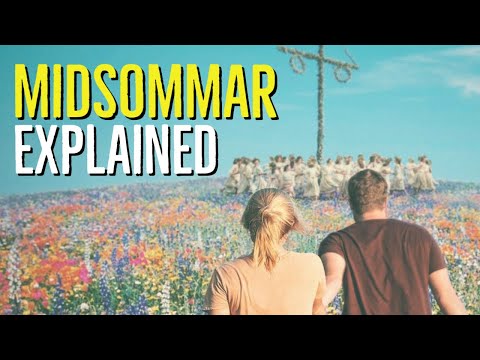 Watch Midsommar again. This time, look for the references to the number nine. They’re not there by accident, and IMDb Trivia suggests Aster knew precisely what he was doing. For starters, the cycle of life, as Pelle describes to Dani and her friends, is broken down into multiples of nine.

The feast in its entirety is celebrated every 90 years, again, a multiple of nine, and additionally implying the 10 years of purity for each individual sacrifice. The name itself, Midsommar, also has nine letters. Other signs persist throughout the film, including when Dani leaves a message after calling her parents. The camera stays on the answering machine until it counts to nine before finally leaving the frame.

Why the number nine is so significant in the movie 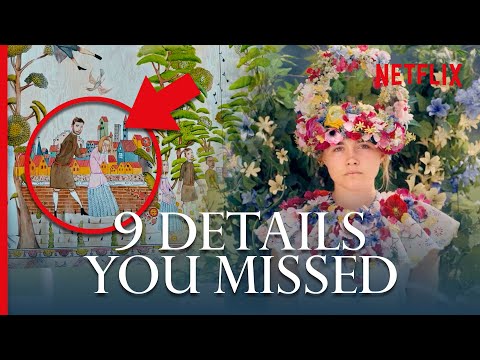 The number nine is important in historic Swedish myths regarding Odin, the father of all the Norse gods. The legends suggest Odin hung upside down for nine days in Yggdrasil, which means “Tree of World.” As a result, the world would gain knowledge and inspire language in its people. As Screen Rant describes, many of the songs, rituals, and scenes depicted in Midsommar are also rooted in real-life Swedish customs and beliefs.

In the Swedish tradition, there aren’t hints of violence, death, or pagan cult rituals you’ll find in the movie. But there are ties to authentic traditions, including the celebration of mid-summer.

Picking flowers and walking backward is a thing, too, originally intended as a way for women to catch a dreamy glimpse of their future husbands in their sleep. Eating herring is also a common thread among summer celebrations, as is dancing around a decorated pole. Most of the songs and dances, however, are rooted in children’s themes and games.

Now that you know about the significance of the number nine, you can revisit Midsommar and see if you can spot the symbols.