As 2020 winds down, the TV landscape continues to take a bit of a breather with most of the networks airing repeats. But there is some action during the downtime: ABC wrapped its season of Monday Night Football with a bang last night, delivering a 1.2 in the adults 18-49 demographic and 6.05 million viewers who watched the Buffalo Bills eviscerate the New England Patriots 38-9 in a game simulcast on ESPN. Its early Nielsen Live+Same Day numbers were even in the demo and up in viewers compared with ABC-ESPN’s last MNF game (Bills vs. San Francisco, December 7). Expect an adjustment in the final numbers later today.

Elsewhere, L.A.’s Finest (0.2, 1.53M) was the only other fresh fare Monday night. The Fox police procedural that stars Gabrielle Union and Jessica Alba and originally aired as a Spectrum Original returned after a break to a demo low. The new episode was followed by a rerun of 9-1-1.

NBC kept up the holiday spirit with an encore presentation of Dolly Parton’s Christmas of Many Colors: Circle of Love and ended the night with a repeat of Weakest Link.

CBS was quiet with reruns of The Neighborhood, Bob Hearts Abishola, Let’s Make a Deal and Bull, while the CW played second servings of Whose Line is it Anyway? and Penn & Teller: Fool Us. 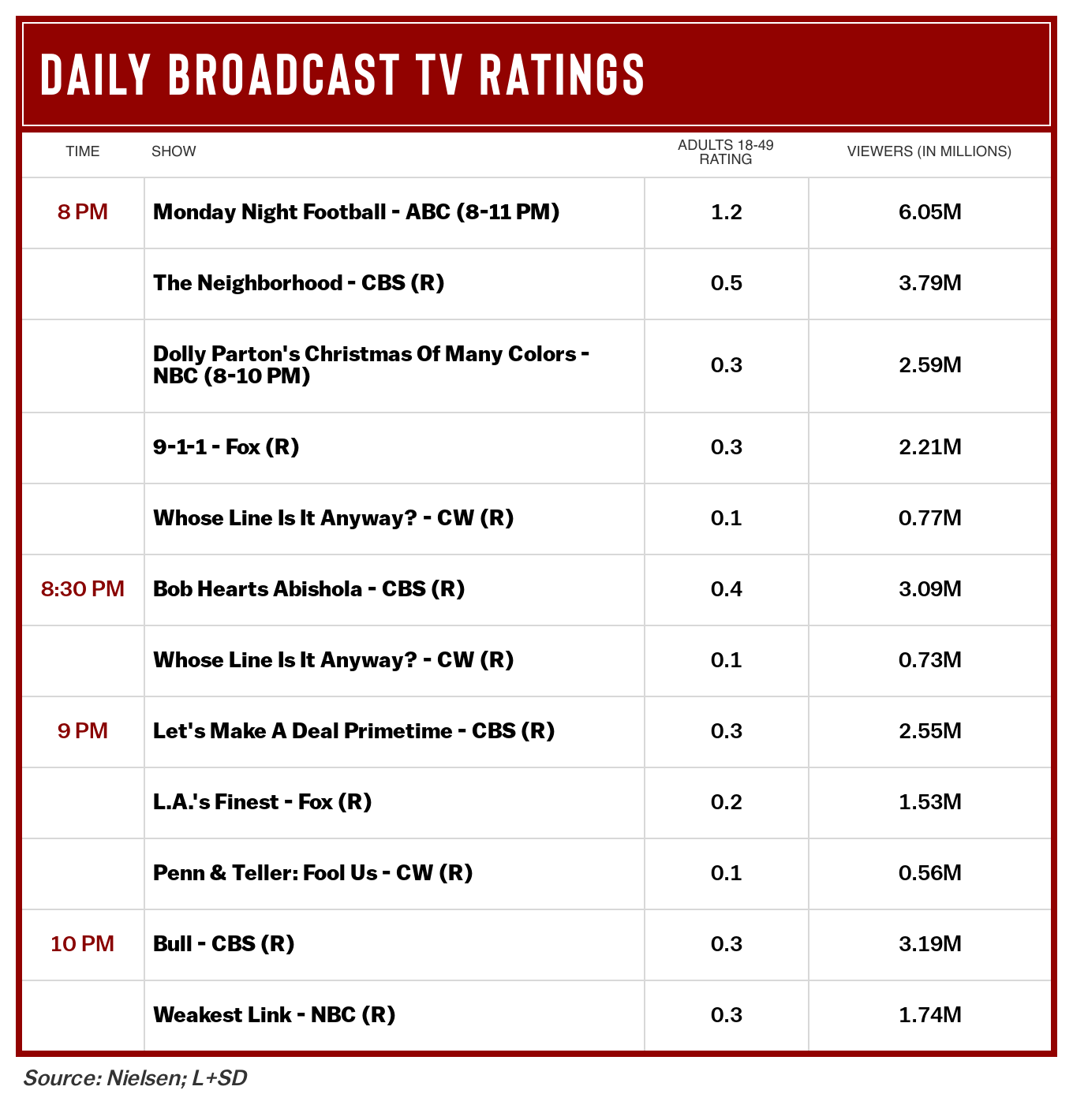