The 35-year-old Australian model had maintained her epileptic seizures a secret from her followers for over a year. 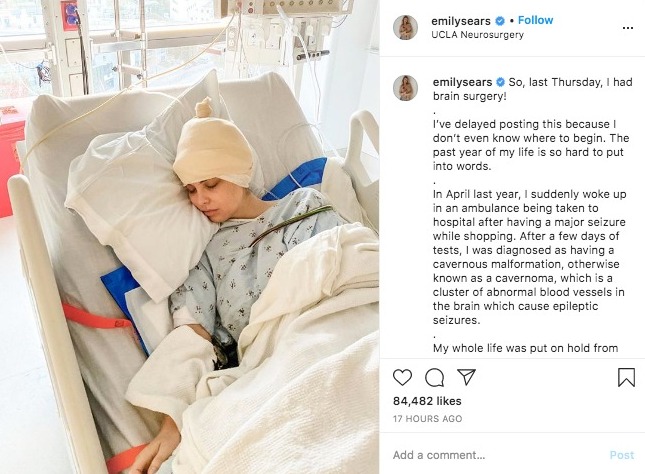 Emily took to Instagram to reveal the shocking news of her brain surgery procedure on Monday.

She shared a shocking photo taken by her boyfriend, the cricketer Shane Warne, where she was sleeping in a hospital bed with a bandaged head.

She announced: "So, last Thursday, I had brain surgery! I’ve delayed posting this because I don’t even know where to begin. The past year of my life is so hard to put into words." 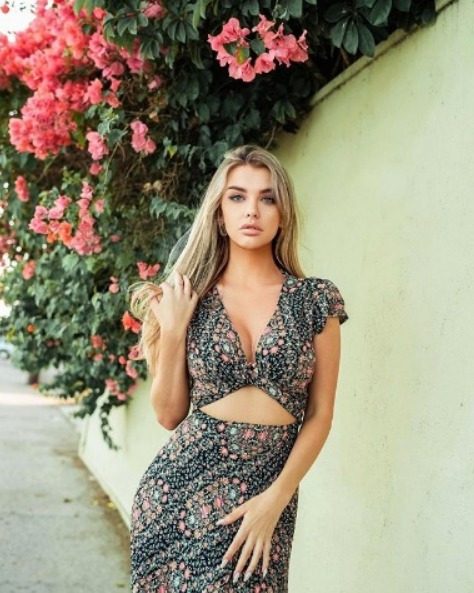 The model dived into how everything started: "In April last year, I suddenly woke up in an ambulance being taken to hospital after having a major seizure while shopping.

"After a few days of tests, I was diagnosed as having a cavernous malformation, otherwise known as a cavernoma, which is a cluster of abnormal blood vessels in the brain which cause epileptic seizures.
"My whole life was put on hold from that point on from my work life to my social life, my relationship with my body, and my identity. 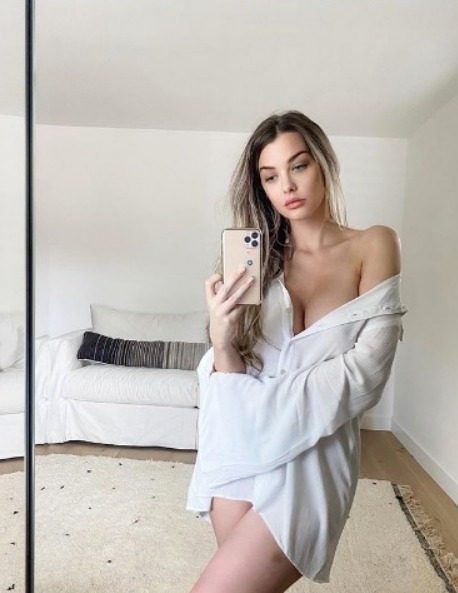 She continued: "This past year has been a rollercoaster of the up and downs of having multiple seizures, side effects of medication trials and the emotional toll of everything in my world changing so suddenly.

"I chose to have this surgery because my choices came down to living on medication for the rest of my life, always living with the likelihood of having breakthrough seizures even while medicated-or going ahead with the craniotomy surgery.

"Because the cavernoma was located in the front left temporal lobe, I risked losing my ability to speak as that is the speech function area of the human brain.

"Because of this; I was awake while they operated as I needed to be able to speak to make sure they didn’t remove any vital tissue along with the blood vessels," the social media influencer revealed.

"I remember every moment of being awake, there were 2 surgeons and one waved at me.. it was as strange and surreal as it sounds!" 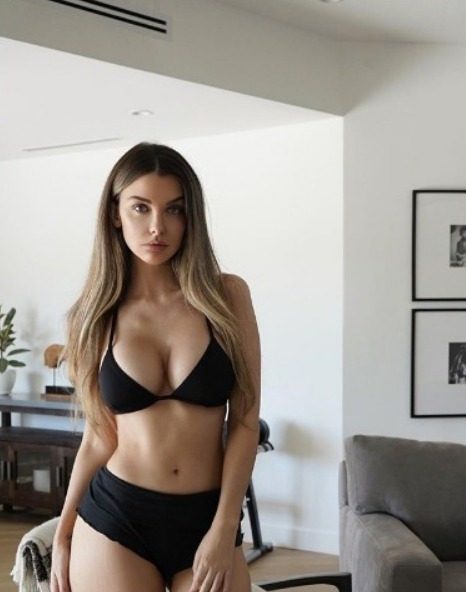 "Ultimately, this experience has changed my world view more than I could every express, and the overall feeling I am left with is gratitude.

"I have a deepened respect for the human body, the human mind and the human soul.

"I am humbly grateful for the ability to access healthcare, for the fact that my condition had a cure and for the support of my friends, family, industry peers, and for my incredible man who has stuck by me the whole time.
She ended her lengthy post by thanking her family, friends, and followers for their love and support.

She also reminded her followers that Instagram is not real life. 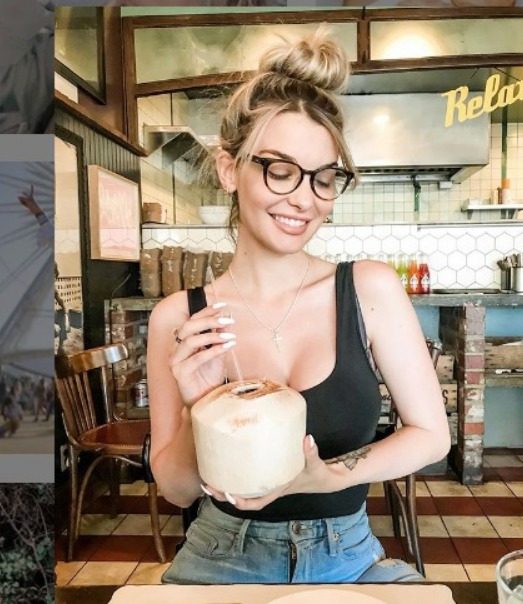 The blonde beauty became widely known as a model who would stand up for women after she received unsolicited DM's from men.

"I get messages from men who say we're 'sl*ts who are asking for it', which can get pretty overwhelming," she told Buzzfeed after she began broadcasting the unsolicited messages she would receive in order to shame the men.

"But I truly believe its a huge social problem reflecting the attitude many men have towards women and I want to keep trying to fight against it."

She also took it upon herself to message the girlfriends or mothers of the men who were sending her sexually explicit photos.

"I usually receive at least one or two d*ck pics per day, at minimum. It's just been consistently happening for so long.

"I became absolutely fed up with these kinds of disturbing and disgusting messages and comments online."