LOVE Island star Molly-Mae Hague was left covered in blood after almost ripping her nail off trying to remove her own acrylics at home.

The 21-year-old took to Instagram to reveal how she tore her real nail as she attempted the at-home removal while salons remain closed due to lockdown. 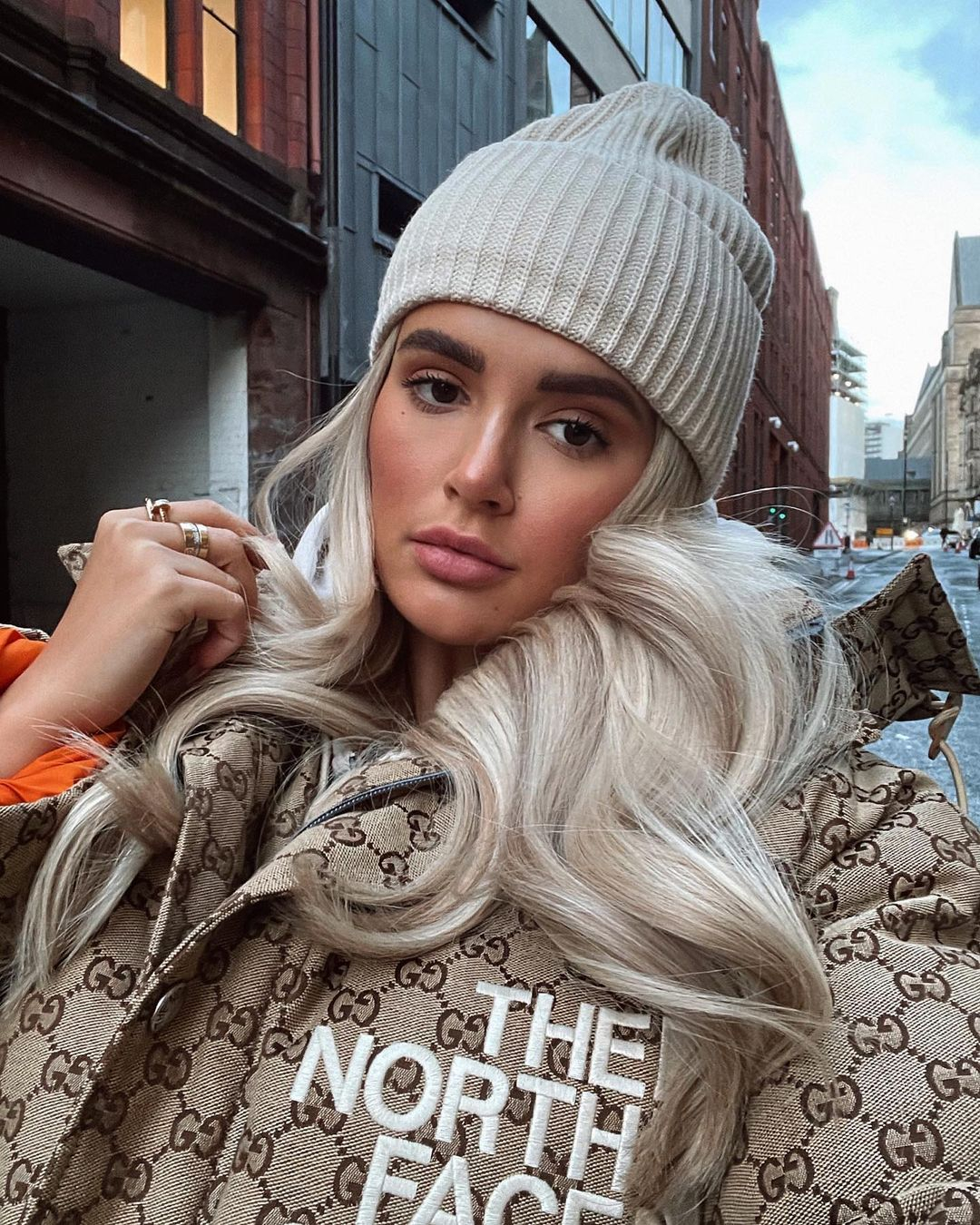 While many women up and down the UK are unable to visit their nail technician, Molly decided to take matters into her own hands.

Attempting to remove her acrylic nails herself, the star showed fans she had invested in an "Amazon special" nail package.

"Let's try and get these off then," she told fans, showing them a picture of her grown-out nails which she had "already cut down".

"I've already cut the length off, I just can't get these bits off," Molly-Mae added of the remaining sand-coloured paint. 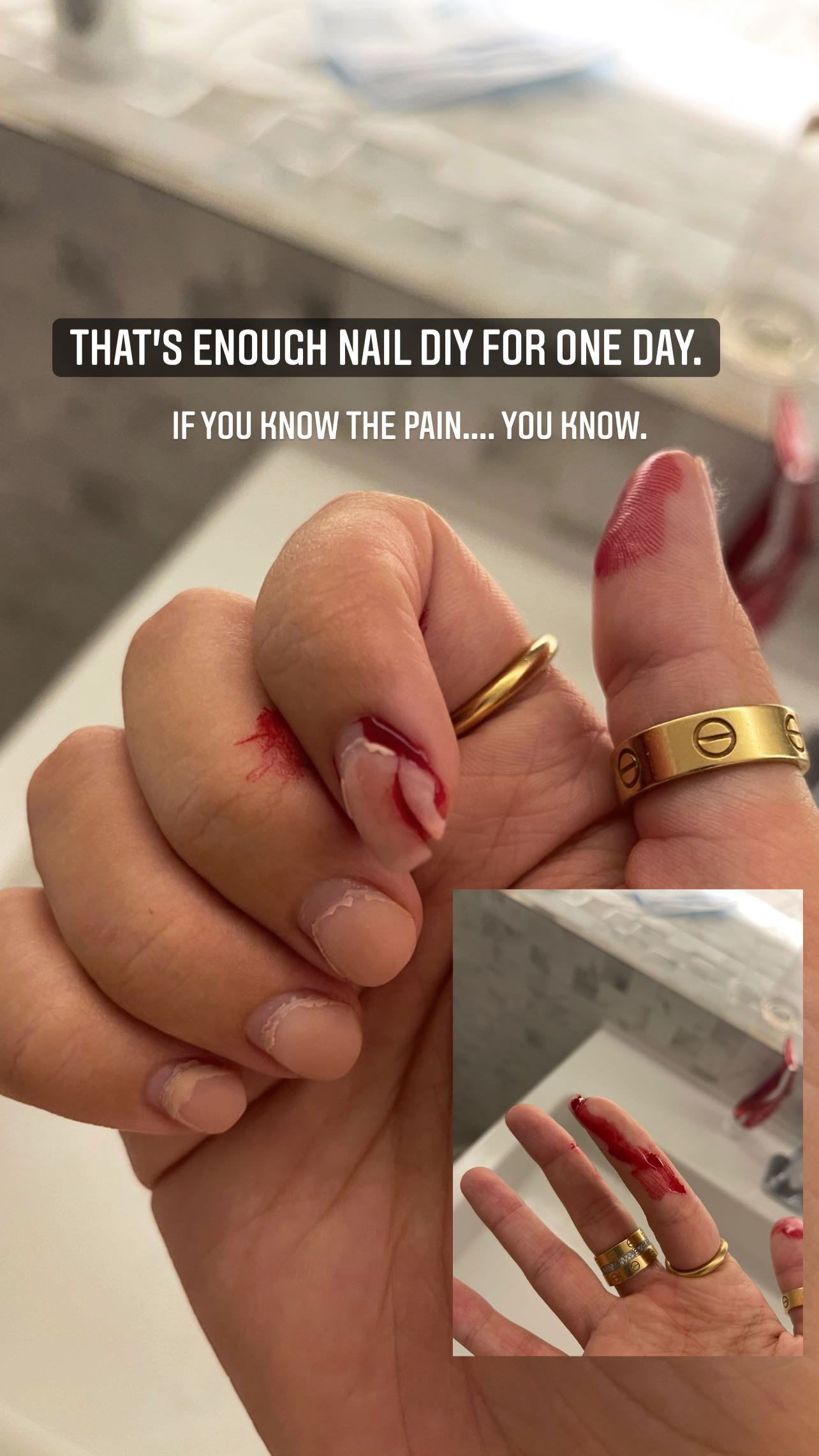 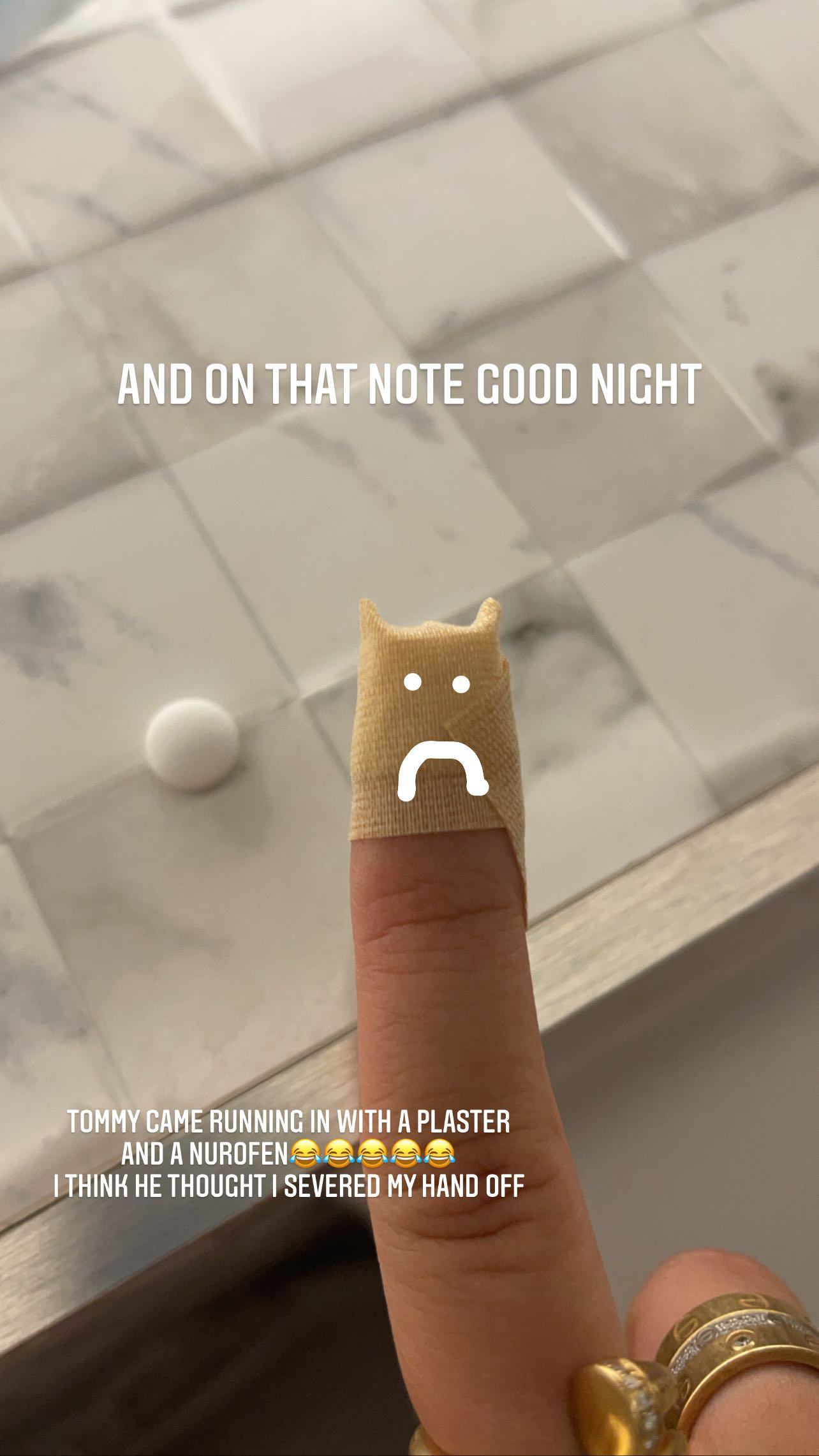 Seemingly going well, Molly-Mae took fans through the process step by step as she poured acetone onto cotton-wool balls before placing them on her finger tips.

"Who do I think I am?" the reality star joked as she wriggled her hands around in the nail-tip clips and waited 20 long minutes.

But Molly-Mae soon revealed the attempt had been a fail, taking off the colour but leaving behind "rock solid" acrylic.

"OK well that was a big fat juicy fail," she updated fans. "The nail varnish has come off but the acrylic is still fully thriving and rock solid." 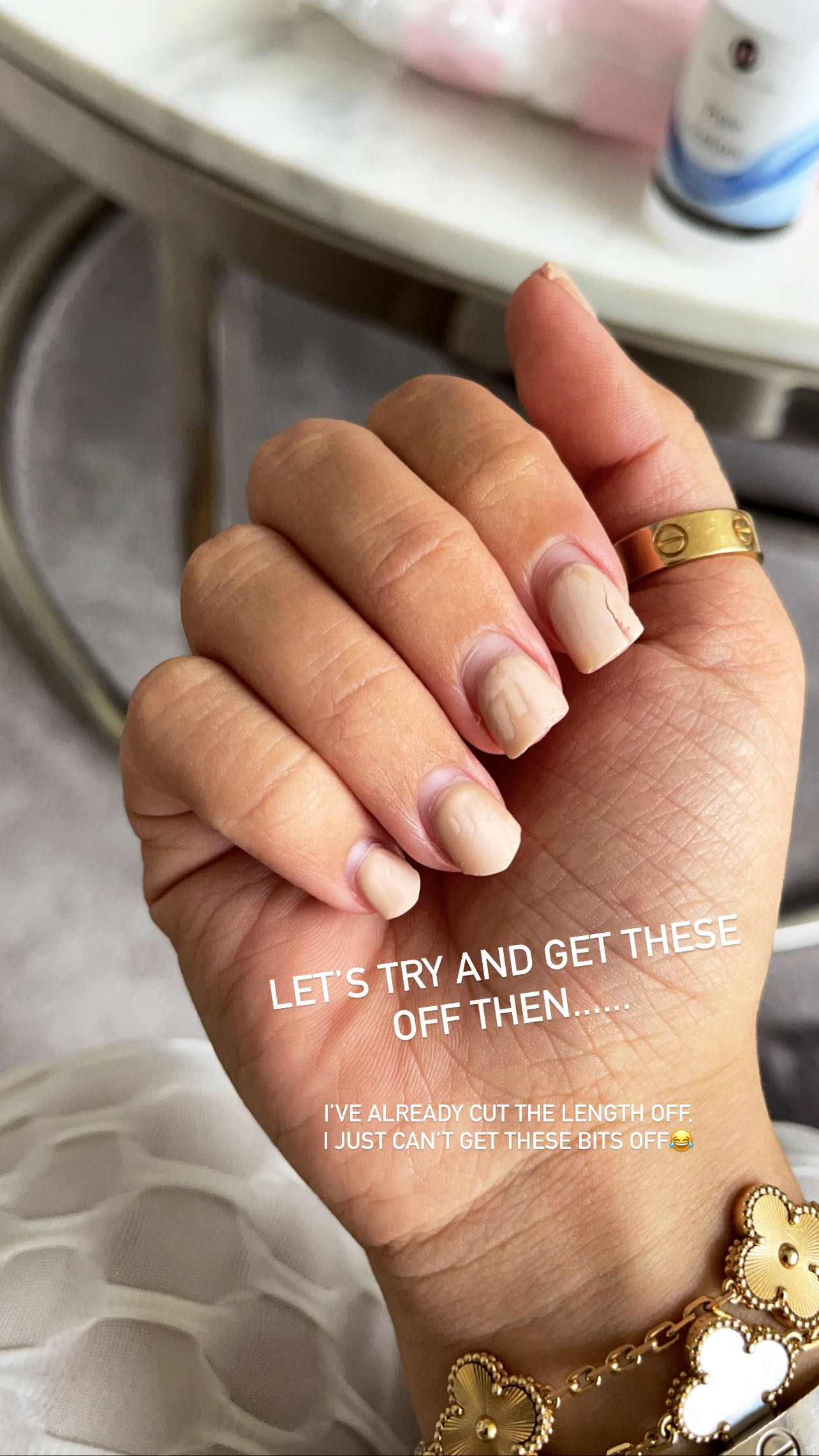 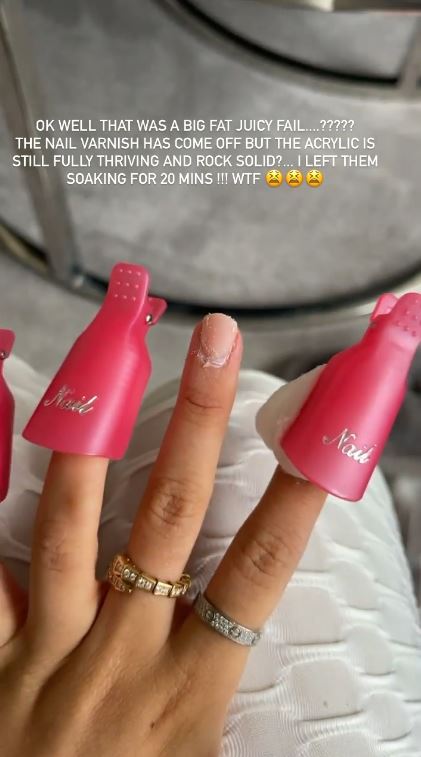 "What the hell is this sorcery?" Molly-Mae added as she demonstrated to fans that even scraping at the nails wasn't doing anything.

While it looked as though she had given up, the Love Island star, who lives with boyfriend Tommy Fury, returned to Instagram for a further update hours later.

With her finger and hand covered in blood, she shared the graphic snap that showed her index fingernail almost split in two.

"That's enough nail DIY for one day," Molly-Mae wrote. "If you know the pain, you know. 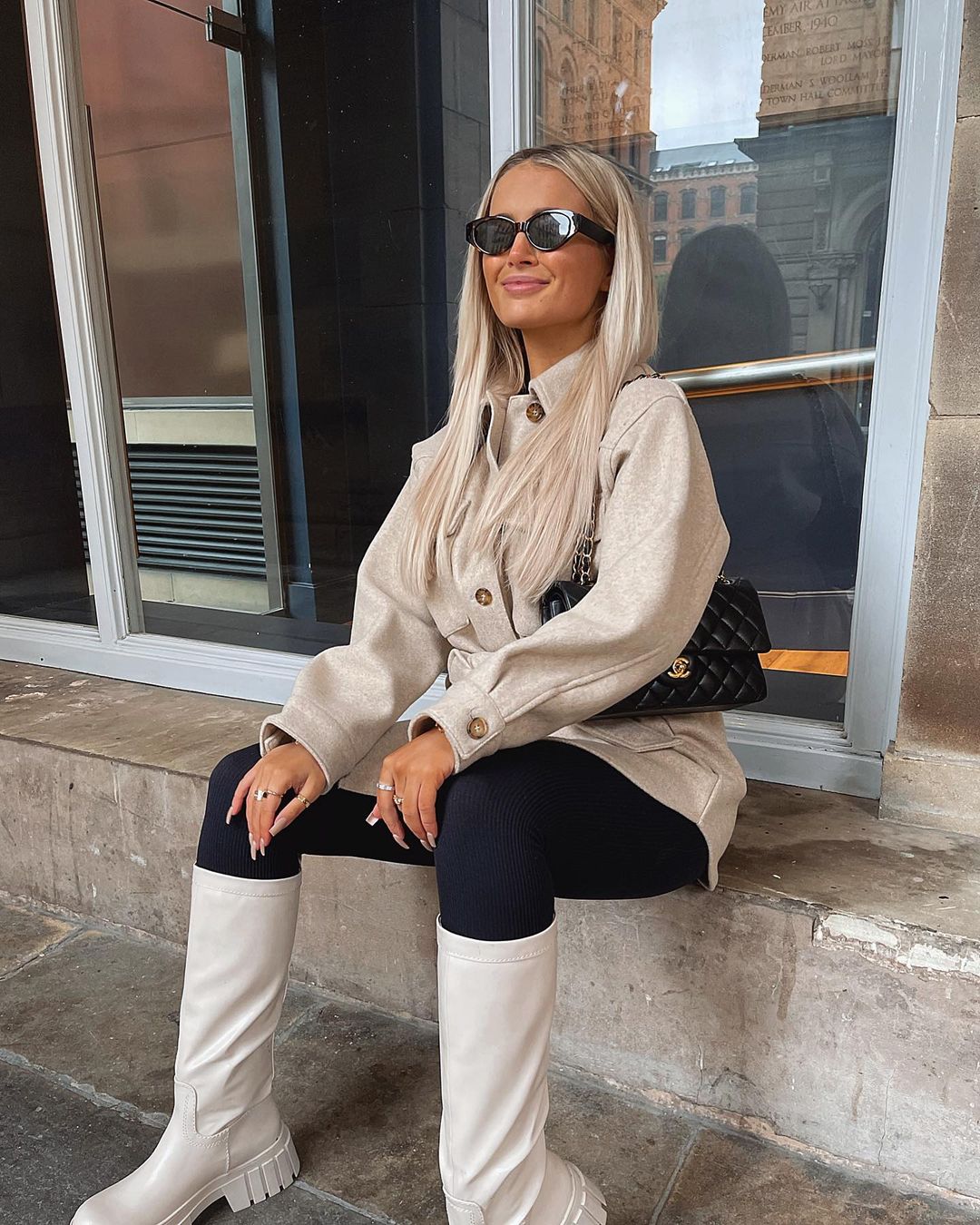 "Tommy came running in with a plaster and a nurofen. I think he thought I severed my hand off."

It seems Molly-Mae hasn't been having the easiest time in lockdown, as she opened up to fans about her "angry" skin and begged fans for help.

The blonde beauty posed for a make-up-free selfie on her Instagram story with her hair pulled back to show her fans an acne outbreak on her cheeks.

Molly-Mae asked fans for "spot cream recommendations", saying: "My skin is very angry at the moment, no idea what's going on with it?!"

It comes after the star revealed she lost her friend, mum-of-three Cheryl Kellett, to bowel cancer.

Molly asked her followers to pray for Cheryl's children she has left behind.

Alongside a picture where Molly, in vibrant yellow trousers, cuddled up to Cheryl who looked elegant in a summer dress, Molly wrote: "Thank you for making such an incredible and positive impact on my life Cheryl….