As usual, Naga Munchetty and Charlie Stayt went through the headlines and newspapers to share which stories stood out to them on BBC Breakfast. Charlie was keen to get Naga involved in an article about driving tests as he explained he didn’t believe many people would pass their driving test a second time. After suggesting they take part in a quiz in one of the papers, Naga was left exasperated as Charlie took his time going through the questions.

As Charlie held up the news article, Naga remarked: “This reminds me of a time you told me I wouldn’t pass my driving test if I took it today.”

“I think that’s true. Not you personally, I think a lot of people,” Charlie replied.

Rolling her eyes, Naga hit back: “I think it was personal.”

“Are we going to do it? Are we all engaged?” Charlie asked his colleagues. 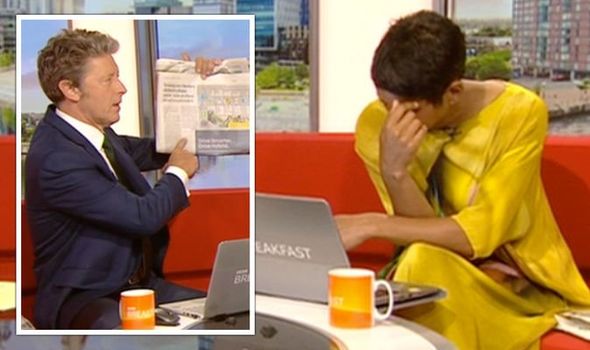 Turning his attention to the paper, he continued: “We have some of the questions here. So let’s look at question…”

“Take your time,” Naga sighed as Charlie struggled to decide on which question to ask.

Charlie finally asked: “This one here. So question seven, you are traveling at 50mph on a good dry road. What is your typical overall stopping distance? 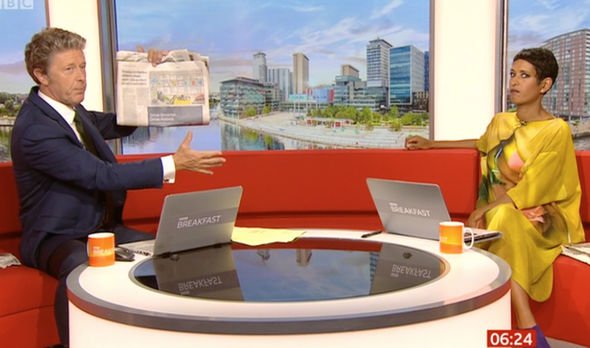 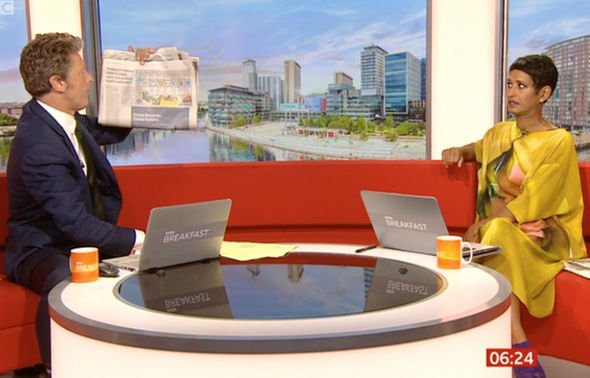 “75,” Naga quickly answered as Charlie repeated: “ So you’re saying it’s C. Well I have to tip this upside down to find the answer.”

As her colleague flipped the newspaper around to find the answer, Naga put her head in hands in exasperation.

“So the answer is B, 53m,” Charlie eventually exclaimed.

Naga replied: “I don’t think I would fail for that though because it would just mean I have allowed for plenty of space.”

“Well you got it wrong,” her colleague hit back but Naga commented: “No, I don’t think that’s the point. I think I allowed plenty of space.”

Charlie ended the conversation: “But wrong,” as Naga tried to move the segment along.

BBC viewers were quick to pick up on the moment with many branding it awkward to watch.

“Wow – @TVNaga01 and Charlie Stayt getting ratty with one another on @BBCBreakfast!!” one viewer posted on Twitter.

“He asked her a question on the Highway Code about stopping distance. Naga chose the wrong choice – but said she was still right. Charlie responded that she’d got it wrong. Ouch!”

Another posted: “Have Charlie and @TVNaga01 had an argument this morning? Very frosty between them @BBCBreakfast.”