Naga Munchetty, 45, is a popular member of the BBC Breakfast team, presenting alongside a number of co-stars including Charlie Stayt, 58, and Jon Kay, 51. The host doesn’t appear on the iconic red sofa every day of the week, sharing the duties of co-anchor with colleague Louise Minchin, 51, who often sits with Dan Walker, 43, to inform BBC viewers of the latest headlines. However, on Sunday, none of the regular team were seen on screen as two other reporters took reins of the programme.

Instead of Naga being on the sofa on Sunday, it was political journalist Nina Warhurst who was hosting proceedings.

The latter was joined by presenter Roger Johnson, who is known for being a regular weekend host on the show, therefore the pair aren’t complete strangers to viewers.

At the end of Saturday’s programme, however, there was no indication neither Munchetty nor Kay – who she hosted alongside – wouldn’t be on hand the next day.

Jon even told viewers “they would be back tomorrow,” with some thinking the duo might be on the sofa all weekend.

However, having presented the programme from mid-week onwards, it is likely it was always planned they would be absent from proceedings on Sunday. 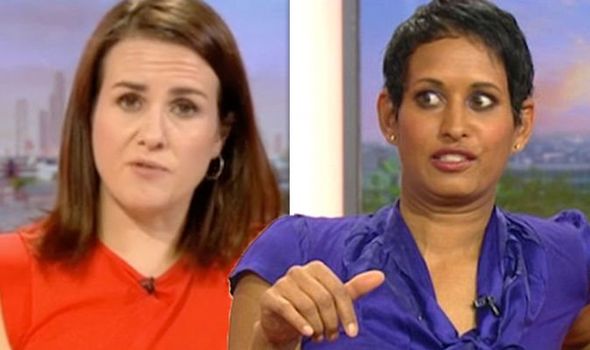 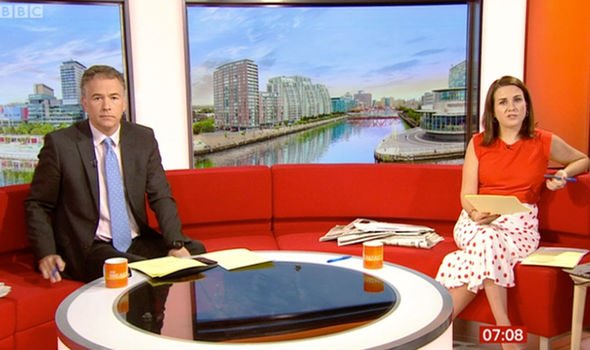 Following her appearance on the show on Saturday, Naga took to Instagram to share with her fans what she was getting up to with her time off.

In view of her 33,600 followers, the broadcaster posted a picture of her pet cat, writing the caption: “How to relax on a Saturday afternoon.”

Some members of the public responded to the image of the feline relaxing on garden furniture, with one writing: “That’s a lovely cat Naga.”

Another added: “What a beauty!” whilst a third commented: “She/he is gorgeous. I love the colouring and how fluffy he/she is.” 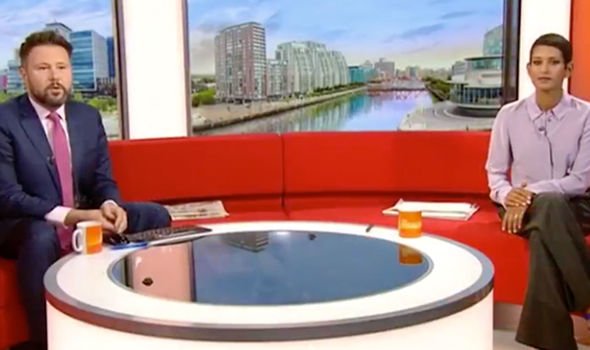 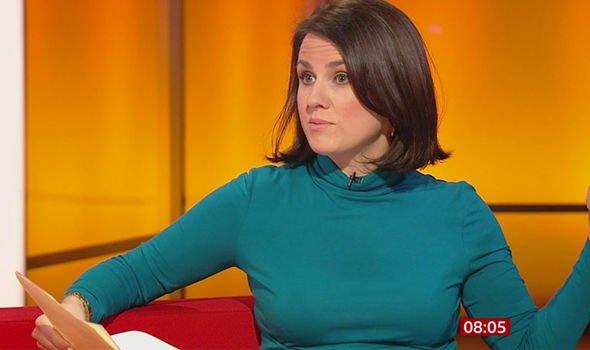 I remember watching the national news every night

With Naga and Louise making regular appearances on the iconic red sofa, not much is known about their colleagues who fill in for them whilst they are away from the studio.

Although viewers know Nina for being a political analyst on the programme, they might not realise she could have had a very different career path.

The presenter explained she believed living in the northern regions of Sale and Salford would detriment her chances of being a broadcaster.

“I distinctly remember watching the national news every night when I was about five years old and thinking ‘I’ll never do that because of my accent’.”

However, the political reporter was adamant she wouldn’t be changing her accent and pursued a career in journalism.

Nina worked for numerous outlets as her venture into the professional world took off, holding roles at Russia Today and Chanel M in Manchester.

Though, when the BBC revealed they were basing a studio in Salford at MediaCityUK, the presenter told Business Live how her father was the one who pushed her to apply for a role.

CAN’T SEE THE POLL BELOW? CLICK HERE TO OPEN IN YOUR BROWSER

It seems the application process was a success as Nina as she has been a correspondent for the BBC since 2010.

Whilst Naga was on television yesterday, the political analyst was helping out on BBC radio by appearing alongside Chris Warburton and Nick Eardley on 5 Live.

“But @nickeardleybbc‘s hair is pleasingly meticulous as ever. Which is why my mum only tunes in for him.”