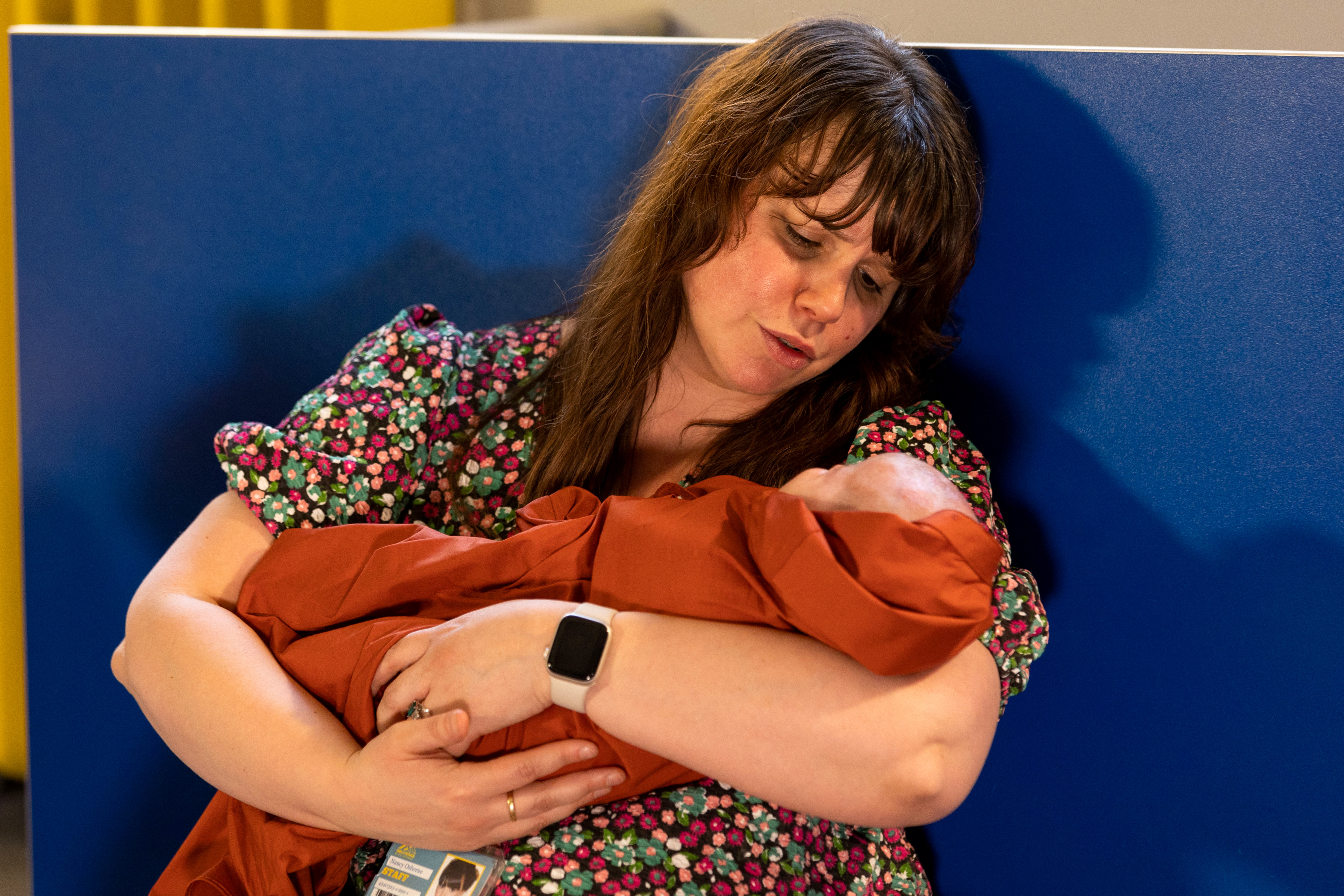 Nancy Osbourne (Jessica Fox) welcomes a baby girl in Hollyoaks next week, shortly after she and Darren (Ashley Taylor Dawson) tie the knot for a third time, and honestly we can’t cope.

The popular couple are set to get wed next week, and the on the day of the ceremony, both bride and groom are keen to keep it a secret, as they don’t want to overshadow Cindy Cunningham’s (Stephanie Waring) few days with Luke ahead of the big Mallorca holiday.

Cindy, however, almost catches on, after she spots Nancy in her wedding dress. Nancy covers, hoping to keep her secret just that, but will she be able to keep up the pretence?

Unlikely, given that Luke Morgan (Gary Lucy) is plotting a secret surprise for the couple!

Luke’s big plans are subsequently revealed, and he’s got an adorned marquee set up in the village, with an extra-special guest.

Why, it’s the one and only, Chesney Hawkes!

The wedding is a beautiful celebration of love, and after it’s over, Darren jets off with Luke to Mallorca for his stag-do.

Nancy, meanwhile, remains in the village, and after getting reassured by the doctors that all is fine with her pregnancy, she heads into work.

Tensions, meanwhile, simmer between DeMarcus Westwood (Tomi Ade) and Charlie Dean (Charlie Behan), and Nancy is forced to break up a fight between the two.

The deputy head teacher summons Felix to discuss the matter, but a series of unfortunate events soon ensue, resulting in the two ending up locked in a classroom!

Both she and Felix come to realise just how inexperienced they are with birthing when they delve into their pasts, and, touching upon uncomfortable memories, they ultimately come together and support one another, delivering the baby.

Darren returns home, fighting tears, as he meets with his new baby girl. However, there is tragedy ahead, as he’s welcomed with the sad news that Luke has died.

Understandably, Darren doesn’t know how to feel, as he’s plagued with grief over his best friend, all the while filled with joy over his newborn baby.

Will he open up about how he is feeling?